10 Facts about Malaria you Need to Know

Statistics showed that 1,586 UK tourists caught the disease after their travels.

The World Health Organisation (WHO) has marked 25th April 2017 as World Malaria Day. On social media, they have created the day as a way to increase the awareness of this dangerous disease.

As people travel to these locations for work or holiday, they need to understand the important facts of this illness.

By knowing the right precautions to take, visitors can prevent themselves from developing the disease. In addition, those who live in affected countries can understand more on how they and their families can avoid infection.

DESIblitz offers you ten important facts on malaria and how to take proper precautions.

Mosquitoes who carry the parasites, identified as Plasmodium, spread malaria to humans. They transmit the disease to them by feeding on humans, via skin contact.

As they suck blood, the parasite is able to enter into a person’s bloodstream and thus causes it to develop.

To prevent potential bites, health providers recommend investing in mosquito nets. As they hang over your bed, they can prevent the insects from feeding on you during the night.

In addition, spraying insect repellent on your arms and legs will help avoid possible mosquito bites.

2. The disease appears in over 100 countries

Malaria remains heavily prevalent in tropical areas of the world, including Africa, Asia and South America.

With such a huge number of countries containing the risk of the deadly infection, it means a huge proportion of the global population carries the risk of catching it.

And as tourism increases over the years, it means a higher number carries the same threat.

Therefore, the WHO recognises that the awareness of this disease needs to act as a worldwide effort. And from the latest figures below, they reveal that India, Pakistan and Bangladesh still have an endemic for malaria. 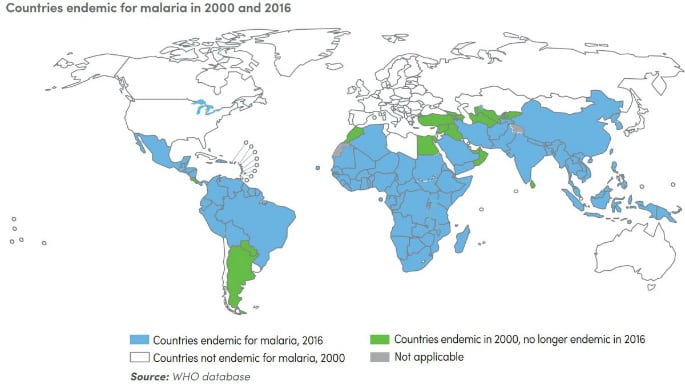 3. Reported cases of malaria are increasing

Every year, the WHO release new data on the latest statistics for malaria. Unfortunately, the number of reported cases appears to be increasing. In 2015, the WHO found that countries reported 212 million new cases worldwide.

Also, they revealed that approximately 429,000 of these cases ended with the patients’ deaths. As this only include reported cases, it could mean a higher death toll. And in 2014, statistics showed that 1,586 UK tourists caught the disease after their travels.

For today’s modern world, this figure drastically needs to change.

4. Pregnant women and children under 5 are at most risk

The WHO have recognised that key groups who carry the highest risk of catching malaria include pregnant women and children under 5. They found that 303,000 children died from the disease in 2015 globally.

This meant that on average, a child died of malaria every 2 minutes.

The health organisation also revealed that pregnant women not only have a high risk of dying from severe complicated malaria. But they also had risks relating to their pregnancy, including stillbirth and miscarriages.

As a result, tourists should check with their GP if they are pregnant, or are travelling with a pregnant woman or children under 5. Generally, health providers advise those who are pregnant to avoid travelling to areas prevalent with the disease. 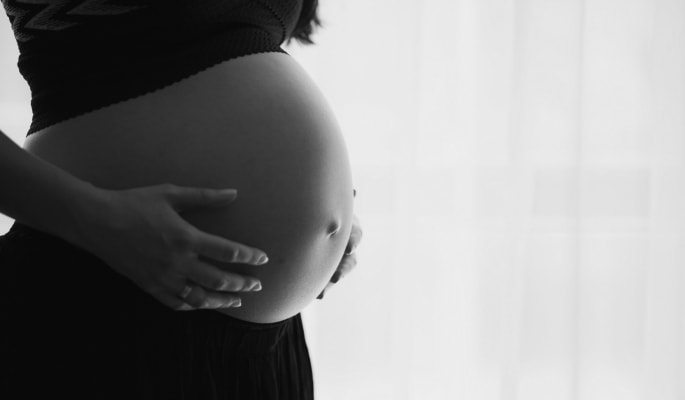 While countries continually carry the high risk of the disease, certain factors can increase your chances of catching it. One huge factor involves the climate.

As countries enter their spring and summer months, it creates a warmer environment. This can attract a higher number of mosquitoes, meaning transmission is more likely to occur.

Therefore, tourists should plan carefully about what time during the year they want to visit. By visiting during the somewhat colder periods, it can reduce the likelihood of mosquito bites.

6. Tourists are more vulnerable to malaria than natives

While pregnant women and children under 5 are at high risk of the disease, tourists too can become very vulnerable. As they are new to the country’s climate, they have no immunity to the disease and therefore may experience it worse than natives.

Therefore, tourists should speak to their GPs if they are visiting high-risk countries.

Holiday-makers can then receive the best advice, appropriate for them and learn more about the available precautions to take. Doctors can inform them more about the disease itself.

7. Symptoms range from a fever to vomiting

Malaria can spark a whole range of symptoms. These include a fever, chills, sweating and even vomiting. But problems arise with how these symptoms appear.

The disease usually has an incubation period, meaning it can take between 7-18 days for symptoms to appear.

But some cases have reported symptoms took an entire year before they developed. Therefore, it’s vital for those who suspect they have malaria to seek medical help. Even if you have travelled to a high-risk country weeks, months or a year beforehand.

As more tourists travel countries prevalent with malaria, GPs now recommend them to take antimalarial tablets during their trip. Sometimes, they even suggest travellers go on a short course of the medication before their visit.

There are many types of antimalarial tablets around. GPs will offer the suitable kind, depending on factors such as family medical history, your place of travel and your age.

Antimalarial tablets can reduce the chances of catching malaria by 90%. But recent concerns have appeared, with some reports suggesting that Plasmodium parasites can develop resistance to this medication. 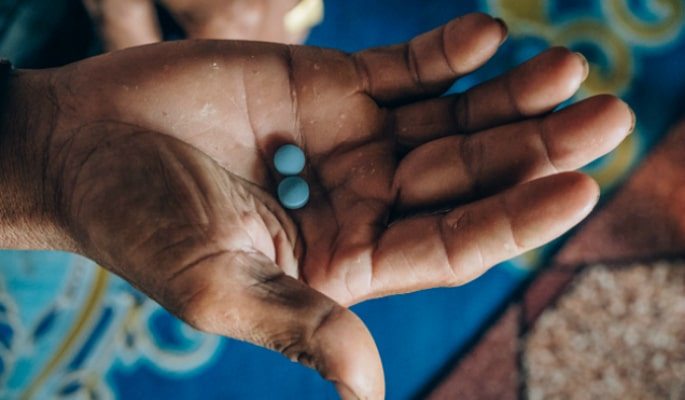 While antimalarial tablets help to prevent the risk of infection, there’s still a small chance of developing malaria. Therefore, GPs recommend those infected to seek help so they can get an early diagnosis. This can help avoid future complications and even death.

By confirming a patient has malaria, doctors can immediately put them on a course of medication to treat the disease. With a swift treatment programme, you are more likely to make a full recovery.

Through the hard work of doctors worldwide and the WHO, mortality rates for malaria are reducing. For example, in a continent rife with the disease, Africa has seen 663 million cases prevented since 2001.

In addition, the WHO found that global death rates have fallen by roughly 29%. 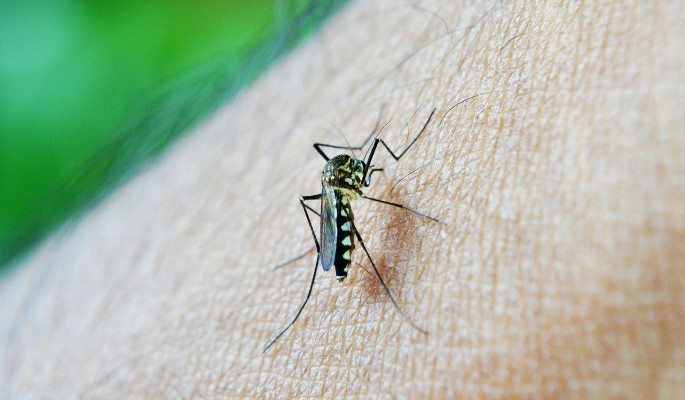 While many efforts are taking place globally to combat malaria, the journey is far from over. But with more information becoming easier to access, hopefully, the number of cases across the world will eventually reduce.

Therefore, for those living or visiting high-risk countries, ensure you learn more about prevention.

Images courtesy of WHO and WHO South East Asia's Twitter and Vlad Sokhin, via WHO.