Kevin Feige has confirmed Kamala Khan, a.k.a. Ms. Marvel will be joining the Marvel Cinematic Universe. A historic moment, she will be the first Desi Marvel Superhero to grace any of the existing Marvel Film Universes.

An amazing moment for Desi Superhero fans who are hungry for representation!

On 12th May 2018, Marvel Studios President, Kevin Feige made a historic announcement in regards to the Inhuman, Ms. Marvel, Kamala Khan.

This news comes in light of the heart-wrenching cliffhanger Marvel fans have been left on after Avengers: Infinity War (2018). Fans have been mourning, sharing memes and discussing the future of the franchise.

Earlier in 2018, Marvel released the monumental Black Panther (2018). The MCU’s first solo film led by a majority black cast. A celebration of African cultures. The film saw a reaction from Desi audiences who demanded a Desi hero.

Kamala Khan in the MCU 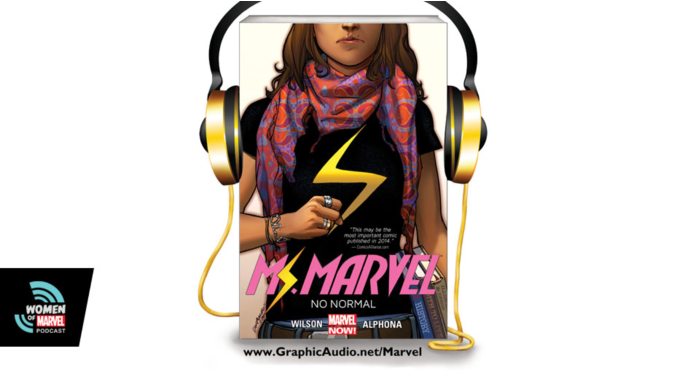 In a BBC interview, Feige said:

“Captain Marvel is shooting now with Brie Larson. Ms. Marvel, which is another hero in the comic books, the Muslim hero, who is inspired by Captain Marvel is definitely, sort of, in the works.”

“We have plans for that once we’ve introduced Captain Marvel to the world.”

An amazing moment for Desi Superhero fans who are hungry for representation! The shapeshifter made history by becoming the first Desi superhero to lead a comic book series.

She is set to make history again by becoming the first Desi superhero to appear in a Marvel film.

The role also comes with importance as this will be a positive Pakistani role. Hollywood films have been known to add to the misrepresentation and projected stereotypes of Pakistanis, and South Asians in general. So this character will be a breath of fresh air.

Her character is both relatable and a positive role model for girls. Comic book readers follow the teenager who is trying to figure out where she belongs in the white-majority and male-dominated society.

It is unknown how she will be introduced, though her arrival does not seem to be too far away. The first female-led MCU film, Captain Marvel film, set to be released 8th March 2019, will serve as a prequel to the current MCU films. The film will be set in the 1990s.

It is unlikely, Kamala Khan will appear in Captain Marvel and the fourth Avengers film as filming for the latter was completed in January 2018.

It could be that she makes her silver screen debut in Phase 4 of the MCU, after the events of the fourth Avengers.

In the comic books, Khan idolises Captain Marvel who was formerly known by the monicker, Ms. Marvel. She may be in a Captain Marvel sequel or even a solo film.

Twitter user @shemjay93 said: “This is great news. Would love to see the female Muslim superhero get her own movie.

“A diverse MCU future will be important. Let’s hope that Miles Morales & America Chavez will be included too.”

Marvel CEO @Kevfeige says Kamala Khan AKA Ms. Marvel will likely appear in the MCU. This is great news. Would love to see the female Muslim superhero get her own movie. A diverse MCU future will be important. Let's hope that Miles Morales & America Chavez will be included too. pic.twitter.com/BrYEcKv7RC

@shurisgamora added: “I’m literally so excited ms marvel is muslim and desi and lives in new jersey like we are the exact same person im finally being represented”

@YOURDARLINGS said: “I am So excited for ms marvel pakistanis rarely get represented it’s our time to shine”

If you want to see the character sooner, Ms. Marvel appears in Marvel Animations’ TV series, Avengers Assemble, where she is introduced in Seasons 3.

She will also appear in Marvel Rising: Secret Warriors, to be released sometime in 2018.

She is voiced by Kathreen Khavari.