Following the critical and box office success of Black Panther (2018), fans are calling for a Desi Superhero film to improve diversity within the Marvel universe even further.

Marvel’s sci-fi fantasy Black Panther is proving to be a trailblazer for Hollywood.

Achieving record success at the Box Office, both home and abroad, the film has open doors towards better representation in Hollywood.

Taking the proven superhero formula and branching out to include other cultures and races clearly works for Marvel.

It has not only been good for diversity in Hollywood but good for business too.

With the critical claim, fan appreciation and box office numbers in mind, has Marvel’s move towards diversity now laid the foundations for a possible Desi superhero film?

Black Panther Success and the Road to Diversity in Hollywood 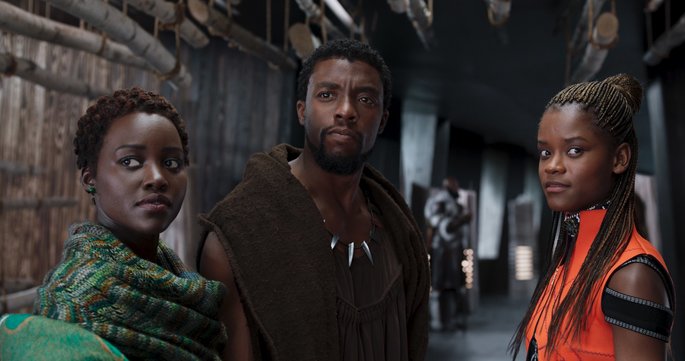 John Fithian, head of the National Association of Theatre Owners (NATO), revealed in an interview with Variety that diversity in cinema has been on the cards for a while now:

“Theater owners have been asking for more diversity in movies for a long time, and by diversity, we mean diversity in casting and diversity in times of the year when movies are released.”

Black Panther, a film that celebrates African culture and heritage, has revolutionised the way in which Hollywood depicts ethnicities.

It is a film that has given an opportunity to rising black actors to show that they are more than just a side note to their white counterparts.

Most of the lead actors in the film are from African nations or are part of the African diaspora. For instance, Lupita Nyong’o is originally from Kenya, Letitia Wright was born in Guyana, Daniel Kaluuya is British Ugandan, Winston Duke is from Trinidad and Tobago, Danai Gurira is Zimbabwean-American, and Atandwa Kani is from South Africa.

The film, which is directed by Ryan Coogler, an African American, also avoids the stereotypes of poverty-stricken Africa.

It portrays the continent in a positive light, through the fictional nation of Wakanda. Home to the most advanced technology, it houses fearless warriors and rare vibranium, a powerful fictional metal in the Marvel Cinematic Universe (MCU) known as one of the materials used to construct Captain America’s shield. 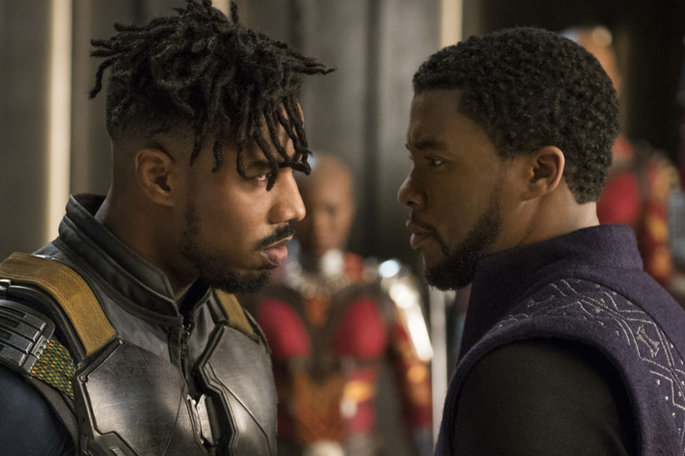 As NATO’s John Fithian highlights: “Black Panther proves if you’re good, people will come out and see you any time of the year. It also shows that a movie with an all-black cast and a black director can break records. It’s not the race or the sex of the actors in a movie, it’s the quality of the movie.”

Where the quality of the storytelling shines through, it perhaps doesn’t matter who is the one telling it. That said, for cultural minorities to be able to see themselves on screen is nothing short of awe-inspiring for impressionable young minds.

Michael B. Jordan, who plays the anti-villain Erik Killmonger in the film, tells Glamour magazine:

He continued: “Pretending to be characters that look nothing like me, honestly, for the next generation, being able to see themselves in positions of power, royalty, strength, powerful women, strong characters, smart, intelligent – I think that’s extremely important.”

Not only does the film celebrate black excellence, the film also elevates women. Whether they are a matriarch, a fighter or a scientist, every female character carries a degree of importance in Black Panther. 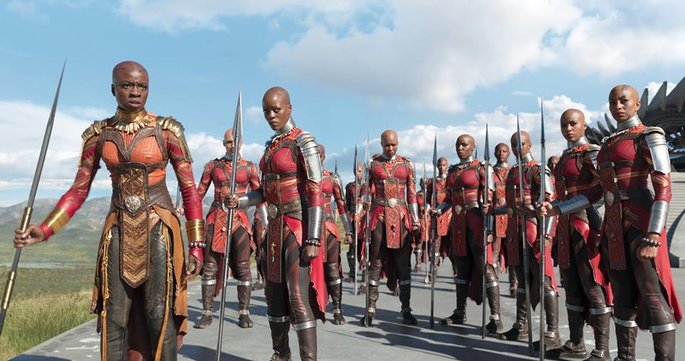 T’Challa’s mother is Queen Ramonda. Meanwhile, the female bodyguards known for their unwavering loyalty to the Black Panther are the Dora Milaje.

Princess Shuri is the lead scientist of Wakanda’s modern technology. Widely known as the designer of the current Black Panther suit, she is also T’Challa’s 16-year-old sister.

Moreover, fans have noticed tributes to African culture throughout the film. This Twitter thread by user @diasporicblues analyses the film’s cultural references in detail. Such as body modifications, fashion and languages spanning a wide range of African tribes and cultures:

With these cultural references proving to be a hit with fans, could it be a sign that Marvel could delve deeper into diversity?

Especially with Disney’s acquisition of 21st Century Fox, Marvel Studios have the rights to even more characters, especially Desi Superheroes:

While Marvel has produced Desi superheroes, they have yet to claim the spotlight in Hollywood. 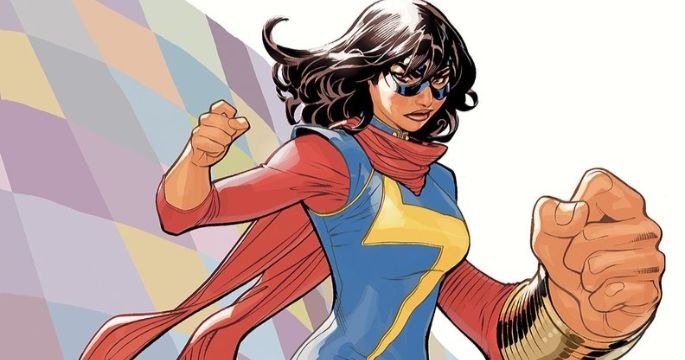 In 2014, she became the first superhero of Pakistani heritage to lead a series.

Critics and fans alike praised Khan’s character development. A teenage girl who struggles with her identity as the daughter of strict Pakistani immigrants in America, she also has to deal with racism in her community.

She acquires shape-shifting and body manipulation abilities after a strange fog appears in her home of New Jersey.

With her new powers, she saves the life of one of her bullies. She justifies her act of heroism with moral teachings, providing a relatable character and positive role model for many.

Kamala is set to appear in the animated film, Marvel Rising: Secret Warriors. The character will be voiced by Kathreen Khavari and is expected to release in 2018.

Shapandar, who is a police officer, first meets Shaara when he is assigned to investigate her brother’s disappearance.
Romance blooms during their investigation, but they are captured by the supervillain android, Bastion.

Before he is turned into a Prime Sentinel (human/machine hybrid mutant hunters), Shaara’s mutant powers of pyro-kinesis are activated.

However, Shapandar’s transformation is successful, becoming the villainess Omega Sentinel. 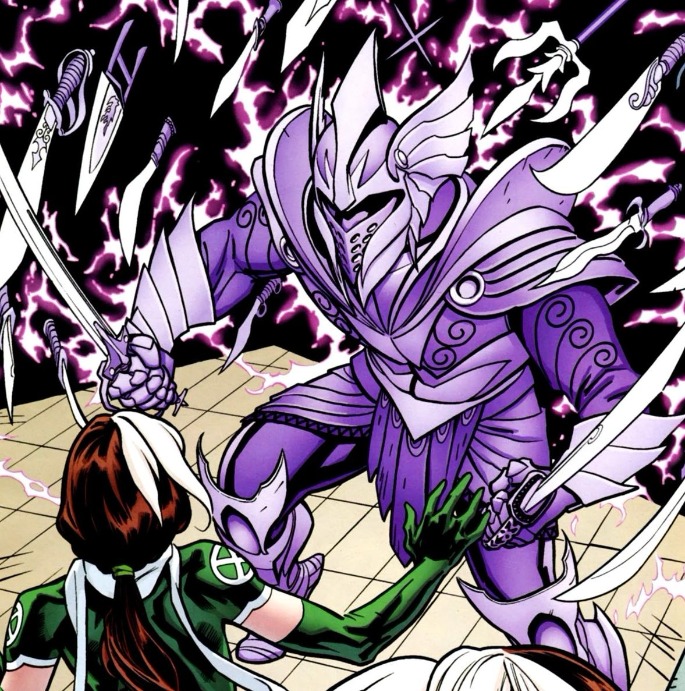 Paras Gavaskar (first appearance: New X-Men: Academy X #7 (2004), on the other hand, is a Mumbai-born student at Xavier’s Institute. He is also a member of the diverse team, ‘Alpha Squadron’.

He has purple skin, red hair and the ability to retract pangolin-like armour. A follower of Jainism, he believes in absolute non-violence. This causes him to have a crisis when he resorts to violence as self-defence.

Aside from Desi superheroes themselves, there have been a few characters popping up on screen. Currently, the most prominent Desi character in a Marvel film is Dopinder (played by Karan Soni).

However, with the unprecedented success of Black Panther showcasing African culture in all its glory, fans have been expressing their hopes of a Desi superhero film in the future:

seeing the absolute excellence of black panther, i hope more desi artists are compelled to make superhero art too. ms. marvel is such a small but important taste. imagine desi heroes based in hindu/islamic/sikh theology or the cultural richness of various south asian regions.

“I can’t wait for a desi superhero to get a movie like Black Panther. Gonna pull up to the movies looking like a Mughal prince and pass out plates of Biryani and bowls of Haleem.”

Jai adds: “Black Panther is such a revolutionary film because it’s opened the door for more films like it to be produced by huge studios like Marvel Studios.

“To think we can have a Desi-centered American superhero film in the future is so thrilling to think about.”

Black Panther is such a revolutionary film because it’s opened the door for more films like it to be produced by huge studios like Marvel Studios. To think we can have a desi-centered American superhero film in the future is so thrilling to think about.

Marvel is currently in talks of a sequel to Logan (2017). Could Indra be introduced in the X-23 storylines?

Thunderbird and Omega Sentinel’s first major storyline also takes place in India, and this could be a great opportunity to explore India’s beauty and the rich cultures of the South Asian continent.

Here’s hoping a Desi superhero film for Hollywood is not too far from reality.