Chakra: The Invincible, an Indian superhero created by Stan Lee, will be making its debut on the big screen with Vikramaditya Motwane as director.

"It's an honour to be making a film based on a Stan Lee character."

Graphic India, a character entertainment company, and Lee’s POW! Entertainment announced a partnership with Phantom Films, to begin pre-production on the film which will be directed by Vikramaditya Motwane.

Motwane, whose directorial debut Udaan competed at the Cannes Film Festival 2010, is one of the co-founders of Phantom and will also be working on the script for the film alongside Lee and Sharad Devarajan, CEO of Graphic India.

Now no longer involved in the day to day running of Marvel, besides making his quintessential cameos throughout the Marvel Cinematic Universe, Lee has continued to create innovative characters. 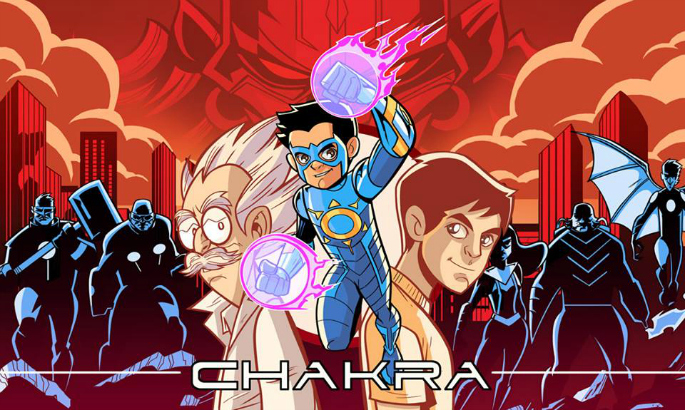 ‘Chakra: The Invincible’ features a young boy by the name of Raju Rai who lives in Mumbai and his mentor, Doctor Singh, develops a suit that is capable of weaponising all of the Chakras in the body unleashing superhuman abilities and powers.

Chakras is the seven centres of spiritual power in the human body in Indian spiritual thought.

The Chakra comic book was launched back in 2011 and there has since been an animated feature that premiered on Cartoon Network India in 2013.

Speaking of bringing the character to the big screen, Stan Lee says:

“I’m a fan of Bollywood films and am really excited about launching ‘Chakra the Invincible’ as my first Bollywood superhero movie.”

The film looks to alter the narrative slightly and portray Chakra as a young man in his twenties, as opposed to a boy, battling villains in present day India.

A release date is yet to be announced but it will be interesting to see whether the film will hit cinema screens in the West.

Graphic India CEO Devarajan has high hopes for the film saying: “Stan Lee’s characters have generated $15 billion at the global box office, creating some of the most beloved icons in entertainment. More people likely know the face of Spider-Man than they do the Mona Lisa.”

“Vikram Motwane…will be able to create something uniquely Indian, but also authentic to Stan’s pantheon of superhero storytelling.”

Reassuringly for fans, Motwane adds: “It’s an honour and an absolute delight to be making a film based on a Stan Lee character and we won’t forget Stan’s cameo.”