The dragon does not need an introduction.

You might have known him from the inspirational poster that once graced your bedroom wall. You might have heard about his greatness from the passionate discussion among the men in your family. Or you have just read about his doppelganger from Afghanistan.

Bruce Lee is one of the most evergreen figures in martial arts history.

Join us on a journey of rediscovering the phenomenal martial artist, actor, philosopher and human being. 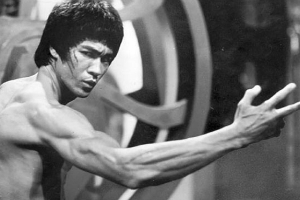 Lee’s physical form was no doubt incomparable, even by today’s standards.

His impeccable speed combined with strength and flexibility was his most defining and jaw-dropping trait.

In one second, he could pull out nine punches or six sidekicks that would incur some serious damage. His one-inch punch could knock a fully-grown man six feet away.

He was so fast that the producers of TV series The Green Hornet (1966-67) had to ask him to slow down for the camera to capture his stunts.

His tremendous physical power has inspired generations of martial arts learners and fitness fanatics. They want to know how he did it and how to be like him.

From reverse curl and skipping to red meat and protein drinks, these are just prerequisites for attaining his physique and impressive skills in mixed martial arts.

“Be like water making its way through cracks. Do not be assertive, but adjust to the object, and you shall find a way around or through it… Empty your mind, be formless.” 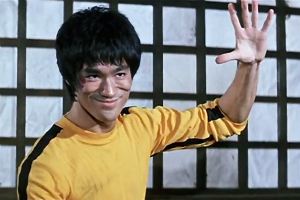 As a child actor, Lee was aware his success hinged on being able to stand out from the crowd, especially in Hollywood.

He would not begin a fight without rubbing his nose with his thumb.

He would not taunt his opponent without wagging his finger.

He would not swing a kick without letting out a high-pitched ‘wa-taaah’.

Heightened senses. Undivided focus. His killer glare demanded the attention of his opponent and audience. His strikes carried the utmost intensity and conviction.

His sense of style also set him apart. The white shirt and black pants became the classic Kung-Fu outfit. The yellow jumpsuit and its matching trainers and nunchucks were one of the most iconic costume designs in the history of cinema.

Though famed for his fighting skills, Lee insisted he was first and foremost an actor. He valued self-expression and dedicated a good balance between acting and fighting in his films, such as Enter the Dragon (1973) and The Game of Death (1978).

“You just wait. I’m going to be the biggest Chinese star in the world.” 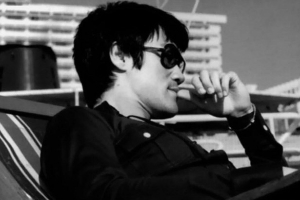 Lee’s ideals and beliefs are best recognised in Jeet Kune Do, his self-invented martial art system that was way ahead of his time.

Jeet Kune Do advocated efficiency through simplicity and abandoned certain elements of traditional martial arts that he found unfit for real combats.

It also promoted the importance to be fluid and flexible. Practitioners should use it as a guidance to flow smoothly from one combat situation to another.

His life philosophy was equally eye-opening. He spoke about commitment, concentration and self-validation – virtues that held high regard among audience across Asia. 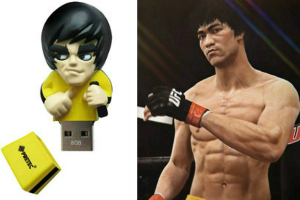 By playing an underdog who was also lethal and stylish, Lee overthrew the stereotypes of Chinese males in Hollywood.

His success went beyond the Chinese community and resonated with many other ethnicities, hungry for a role model who understood their struggle.

Bollywood action star Akshay Kumar idolises Lee so much that his name, meaning ‘without limit’, is derived from Lee’s philosophy of ‘using no way as way’.

Lee’s influence even penetrated the younger generation of British Asian stars, such as Dev Patel:

“As a kid I would sneak downstairs and see my dad watching Enter the Dragon, and I’d watch Bruce Lee and he just exuded this energy. I started doing Martial Arts because [of] that.” 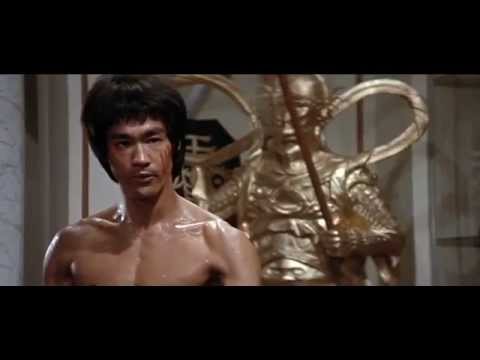 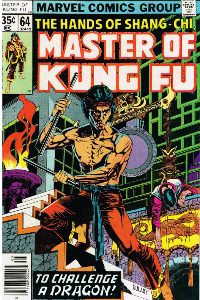 George Takei, Japanese-American actor and director, was blown away by what Lee had accomplished for minorities:

“He was an action hero when we have been saddled with these one dimensional stereotypes – the servant, the buffoon, or the enemy. Here he was, a terrific build, incredible athletic and heroic… He was a source of great pride.”

His powerful persona travelled beyond the film industry.

You can hear him in popular music. ‘The Monster’, the 2013 chart-topping hit by Eminem and Rihanna, sings: “Wanted to receive attention for my music / …Cause all I wanted to do is be the Bruce Lee of loose leaf.”

You can see him in popular culture. Comic series, such as The Hands Of Kung Fu and Iron Fist, are obvious nods to the legend. His moves are also instantly recognisable in many fighting video game characters. 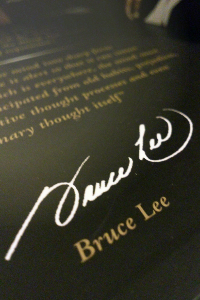 “Bruce Lee was a superhero without a costume. He was the first to make Westerners aware of that type of fighting and way of life.”

“To hell with circumstances; I create opportunities.”

Although doctors confirmed Lee’s sudden death in 1973 was caused by cerebral edema, the real cause is still clouded with mystery.

No matter how many times we try to ‘revive’ or ‘reincarnate’ him through his imitators or lookalikes, there will never be another Bruce Lee.

But who is to say there will not be another personality who finds success by embracing his or her heritage and defying the status quo?

“Always be yourself… do not go out and look for a successful personality and duplicate it.”

Scarlett is an avid writer and pianist. Originally from Hong Kong, egg tart is her cure for homesickness. She loves music and film, enjoys travelling and watching sports. Her motto is “Take a leap, chase your dream, eat more cream.”
PK ~ Review
Shahrukh, Salman and Aamir Reunited?