A light-hearted action adventure experience that offers something for everyone, Dragon Quest Heroes is a fun spin-off of the classic JRPG series.

A single attack can send dozens of monsters flying in one go.

Dragon Quest Heroes snuck out to relatively quiet fanfare in 2015, a year that saw a number of high profile releases.

A spin-off that mashes the classic JRPG series with Dynasty Warriors style combat. it is a great action game that deserves more attention than it gets.

For those who like JRPGs but don’t have any experience in the series, there is no barrier to entry here.

Here are five good reasons why you should get onto the game right away! 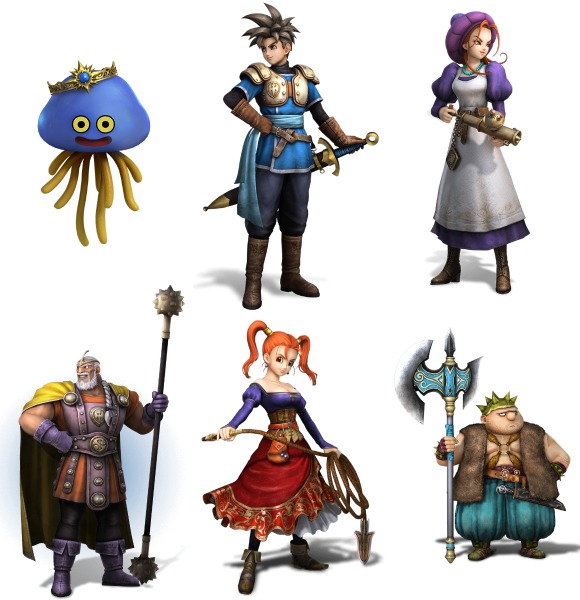 Dragon Quest Heroes: The World Trees Woe and the Blight Below (its tongue-twisting full title) starts with a very basic premise.

In a world where humans and monsters co-exist peacefully, something has turned the monsters against their former friends and now cities across the world are under siege.

Under the guidance of King Doric, players travel across the world defending cities, fighting monsters and uncovering a dastardly plot.

While the story won’t blow your minds, it hosts a cast of characters that are wonderfully animated and larger-than-life.

From King Doric’s loud unnerving optimism, to Healix the slime’s barrage of puns and Yangus’s angry cockney axe-swinging, humour is at the forefront of its story. 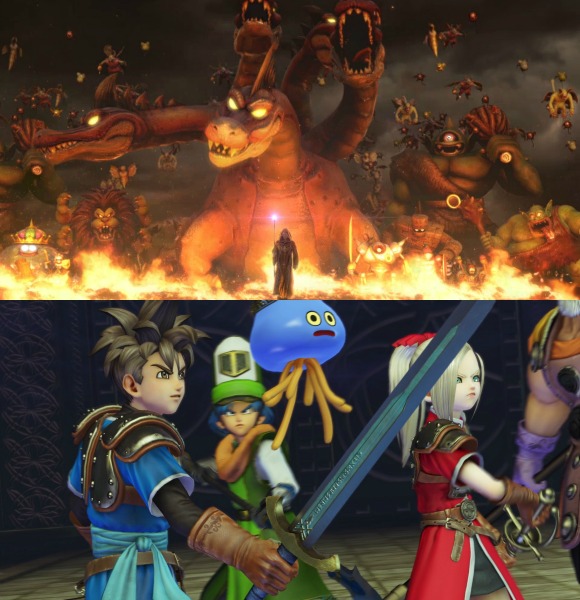 Combat is intuitive. A single attack can send dozens of monsters flying in one go.

Once upgraded, special attacks cover a massive area of the game maps and can be devastating.

Max out a character’s tension metre to unleash a state of tension that powers up attacks and allows unlimited use of special attacks for a limited time.

Tension state ends with a devastating area of effect attack that looks gorgeous and has a satisfying knockback effect.

However, larger enemies act as damage sponges, and take way too long to take down.

This adds very little to the game’s difficulty, and only serves to artificially lengthen the missions. 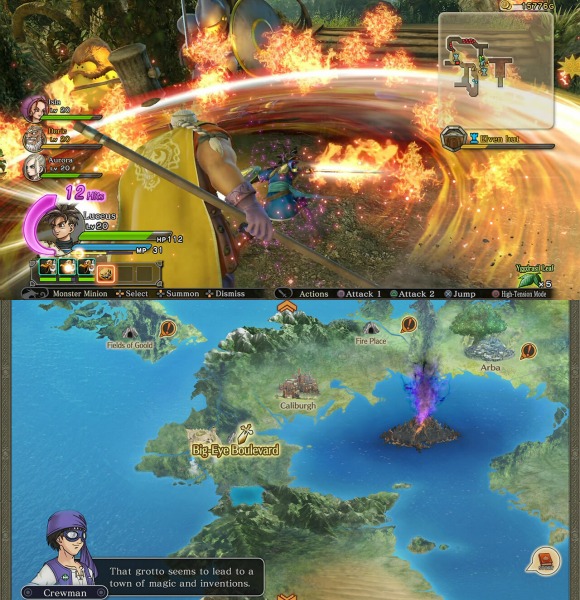 The missions themselves are well-paced, and incrementally add new mechanics as the game progresses.

Some task the player with eliminating every monster on the map, while others require the defending of an NPC or structure against waves of monster assaults.

What starts out quite simple evolves into a tense game of siege warfare that has the player juggling multiple groups of enemies, while protecting a stronghold or NPC.

As a team of four, the player can switch freely between characters, and execute different attacks and abilities.

All 12 playable characters will become available through the course of the game.

These mission types tend to get a little messy and unfocused, and are often unfair in their difficulty spikes.

Thankfully, if you fail a mission by dying or losing an NPC you can start again while keeping your gold and exp. This a nice safety blanket that more games should have.

Alongside the main missions, each area has a number of open maps players can drop into, which make meeting the objectives of side quests simple and fun.

Dialogue and general text do run at a glacial pace and even when sped up by pressing down on the D-Pad.

For a game that otherwise runs incredibly smoothly, this is a minor irritation. 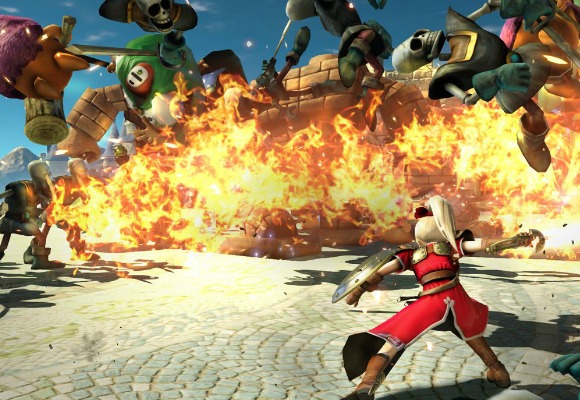 On a technical level, the game is extremely polished. The classic art style of Akira Toriyama is brought to life in an engaging and vibrant way.

Character and enemy design is great fun. Visual effects are gorgeous and distinct even among the chaos of combat.

The game’s pace and bright colour palette are supported by it being able to run at 1080p and 60fps.

Even with hundreds of enemies on screen at a time, the frame rate rarely drops, and hardly noticeable even when it does.

Series veteran composer, Koichi Sugiyama, returns for another wonderfully light-hearted soundtrack that would not feel out of place in a Disney film.

But the score is only one part of a phenomenal sound design.

Audio effects that accompany the game’s gorgeous visuals will be instantly familiar to the series’ fans, and help give the game’s combat feedback a more kinetic feel.

Dragon Quest Heroes is an unusual game. On the surface, it appears to be a perfect mashup of two classic game series.

But it has neither the expansive, story-driven epic adventure of the Dragon Quest series, nor the impressive cast and historical relevance of Dynasty Warriors.

It is a cathartic, beautiful action game with the staple JRPG mechanics that encourage repeated play without fostering a sense of content fatigue.

It is the perfect counterpoint to the panic inducing 100+ hour open world games that have dominated the marketplace in the past few years.

Fans of the series will find a lot to love about this game, and it sets PS4 users up nicely for the recently announced Dragon Quest XI.