A Birmingham couple’s Indian snack business that was previously turned down on Dragon’s Den is now worth more than £1 million.

“The company is now valued at just over £1 million."

A Birmingham couple’s Indian snack business that was rejected on Dragon’s Den has been booming ever since and is now valued at more than £1 million.

Sunny Mudhar and wife Harmeet came up with the idea for Family Secret while on their honeymoon in the Far East and Asia.

Despite pitching to the likes of Deborah Meaden and Peter Jones on Dragon’s Den, they failed to get the investment. But they did not let the rejection hold them back.

The couple, who live in Quinton, ended up winning contracts to have their products stocked by Ocado, Coop Midcounties supermarkets, Avanti Trains, Holland & Barrett and in five countries abroad.

They also got TV presenter Anthea Turner to become their brand ambassador for free.

Sunny explained: “We filmed Dragon’s Den in October last year and all the Dragons said ‘no’ but we didn’t give up and after that, everything started coming together.

“The company is now valued at just over £1 million.

“Anthea Turner tried our snacks and loved them so much, she offered to help us out and be a brand ambassador.

“We got to film in her kitchen and she doesn’t ask for anything but we pay her back with our products and she’s happy to have them.” 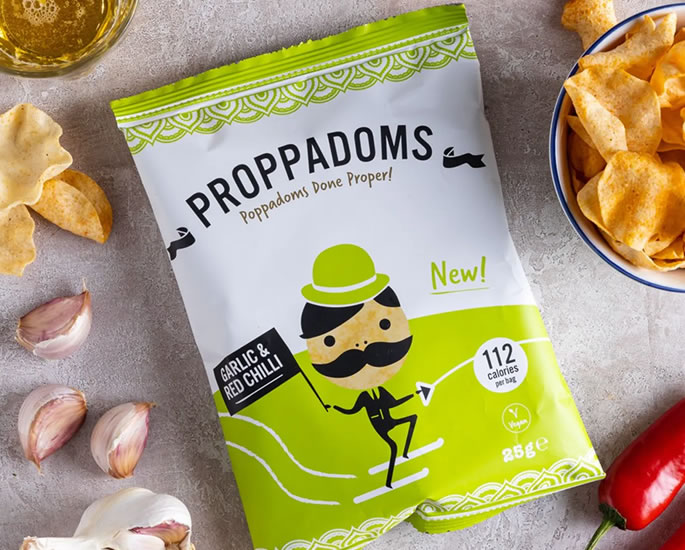 The Dragons believed the market was too competitive to enter, but the couple has since secured deals in The Netherlands, Italy, Spain, Germany and Ireland.

They have also been speaking to farmers and suppliers in Worcestershire at the Universal Cookery and Food Festival, which was at Mudwalls Farm near Redditch in 2021.

“Whilst eating our way through our travels on our honeymoon we met some amazing people.”

“The food we tasted was so fresh and authentic that we took inspiration from the very people we met – and their family secret recipes.

“We couldn’t resist bringing these exciting new flavours back to the UK and that’s how Family Secret was born.

“It’s a small family company but we’ve kept on going and picked ourselves back up after Dragon’s Den.

“I get about a thousand ideas a day and we keep bringing out new products and believe in what we are doing.”

Dhiren is a journalism graduate with a passion for gaming, watching films and sports. He also enjoys cooking from time to time. His motto is to “Live life one day at a time.”
How to Make a Meat-Free Curry
Indian City to Remove All Non-Veg Food Stalls