‘Paak Legion’ is a comic book series, which challenges stereotypes, with powerful heroes to face evil. Umair Najeeb Khan is the series creator.

"I wanted to create local characters that looked more like us"

The story of Paak Legion will take readers on a journey, exploring the lives and struggles of the different characters, along with them taking on any evil rivals.

Speaking about how he came up with the concept, Umair exclusively told DESIblitz.

“The idea came from research for another project that focused on the culture of Pakistan.

“The concept for the first character Marvi clicked, that kind of turned into a long list of characters from there on and it finally became a team.” 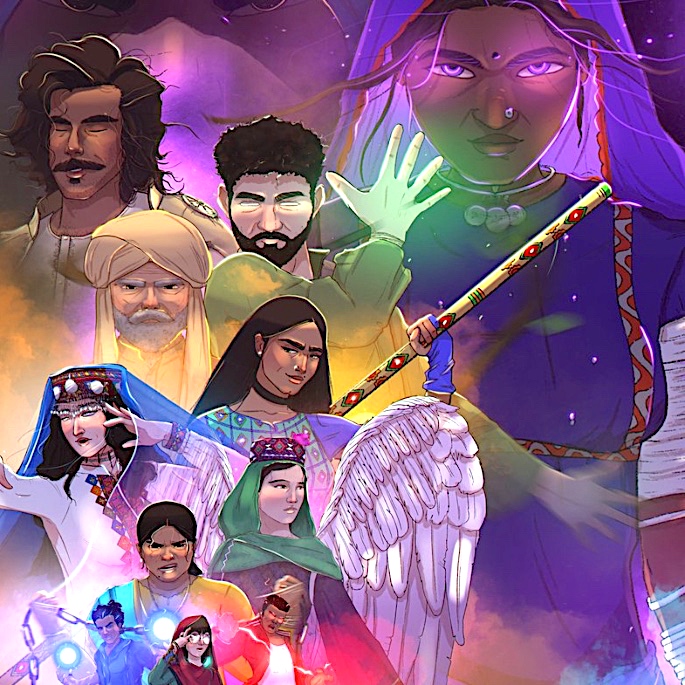 Each of the 12 characters possesses their own unique superpowers and come from various parts of Pakistan.

Talking about the development of the characters and reflecting the diversity, he said:

“With my characters, I wanted to represent different parts of the country and all the different ethnicities that exist in Pakistan.

“They are inspired by their cultures and heritage.”

Creating local characters for Paak Legion was important for Umair as he added:

“We have grown up watching Batman and Superman, characters we understand but can’t completely relate to because they come from a foreign land and look a certain way.

“I wanted to create local characters that looked more like us, that were relatable for us and didn’t make us want to change the way we look.”

Promoting gender equality and exploring themes of time and age, space and place, we profile the 12 extraordinary characters developed for Paak Legion: 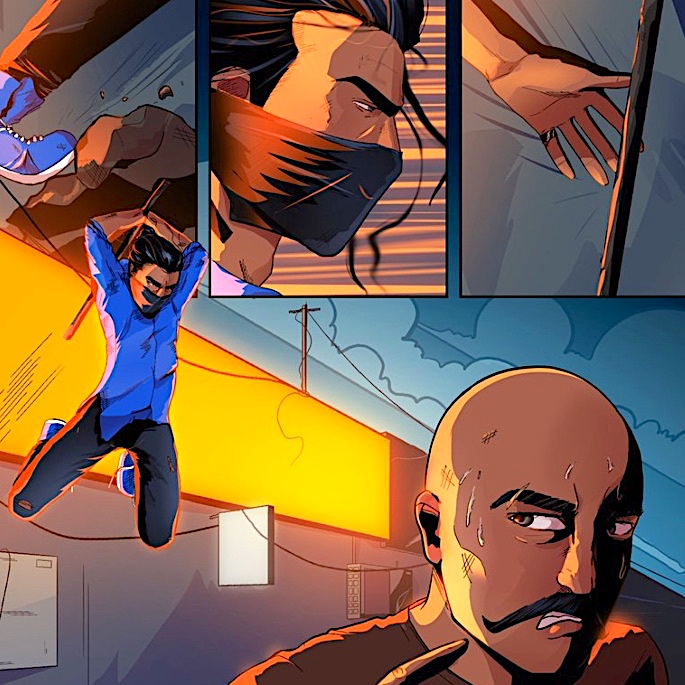 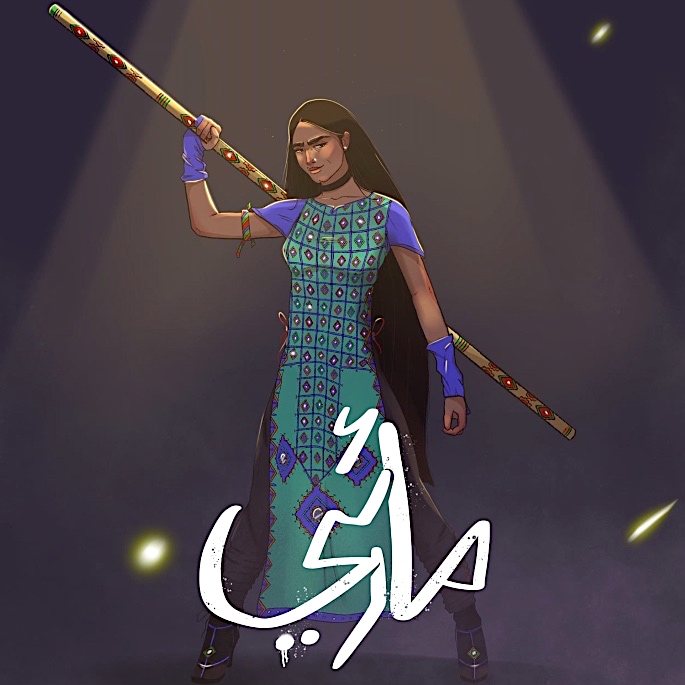 Marvi is a woman from Sindh. During the day she is a teacher, whilst at night, she acts as a law enforcement hero.

The strong and confident Marvi has crazy combat skills. Represented as a woman with a dark complexion, Marvi wears traditional Sindhi attire.

The unconventional character carries a stick with her. 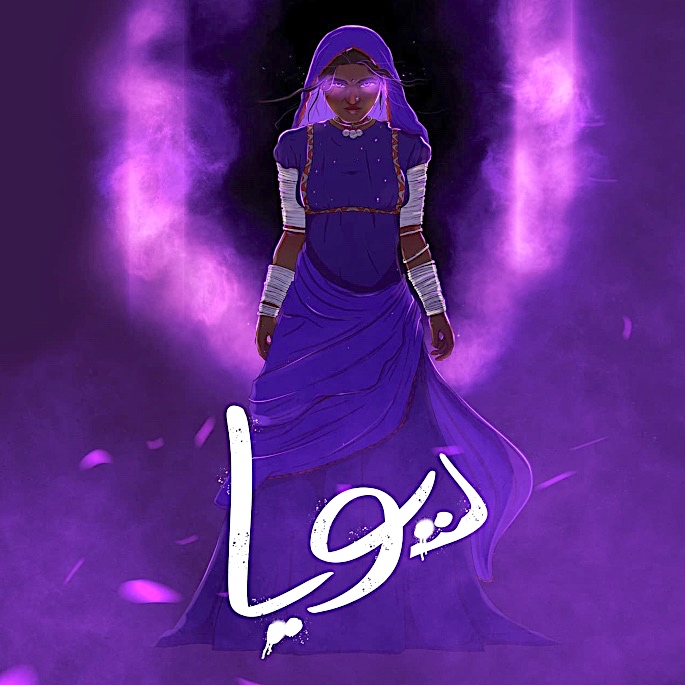 Divya who is a lost woman, belonging to Thar desert was found by villagers in the middle of nowhere.

She is in a quest to find herself, especially as she cannot remember her past.

Divya is a crafty fighter who is able to travel with no difficulty. Divya dons a traditional Thari ghagra with white bangles up to her arms, signifying that she is single. 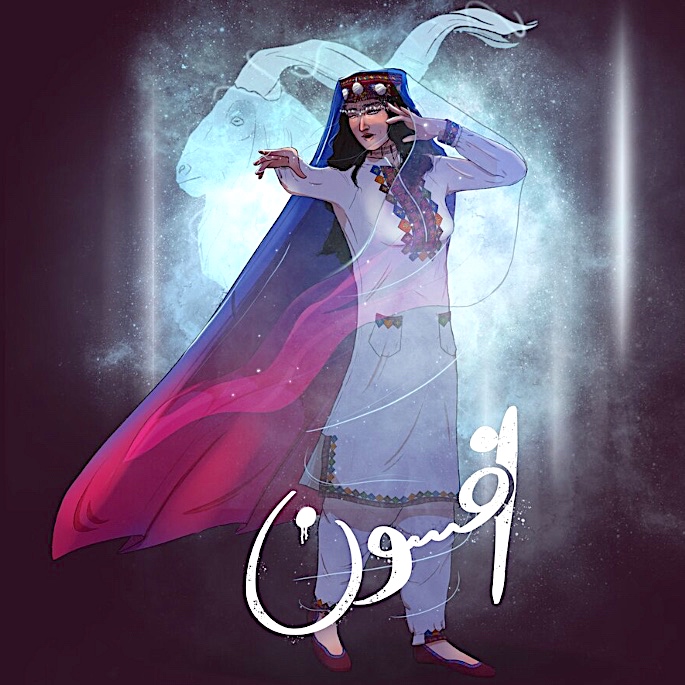 Afsoon from Gilgit-Baltistan has a mysterious side to her character. The oddly quiet local legend can transform into a Markhor.

For many centuries, she has existed in many various forms. Natives refer to her as the ‘Protector of the Mountains.’

She returns after going missing for years for one final showdown with her arch-rival. 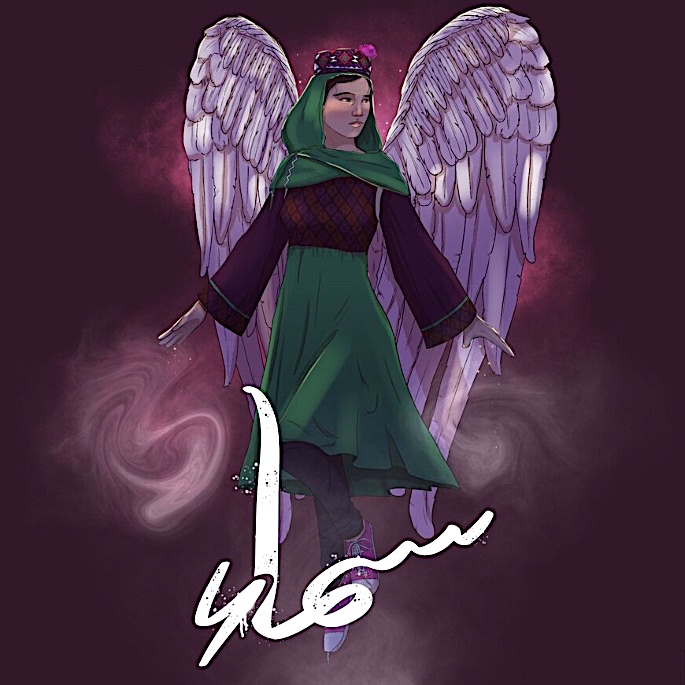 Samaa is a Hazara girl from Balochistan who was born with the talent of being able to influence the wind.

There is a notion of curiosity relating to her character, especially given her vague introduction.

Samaa who is an engineer has to shoulder the weight of expectations from her own people.

Despite being reluctant at first, she finally adds wings on herself as she prepares to carry her tribes legacy forward. 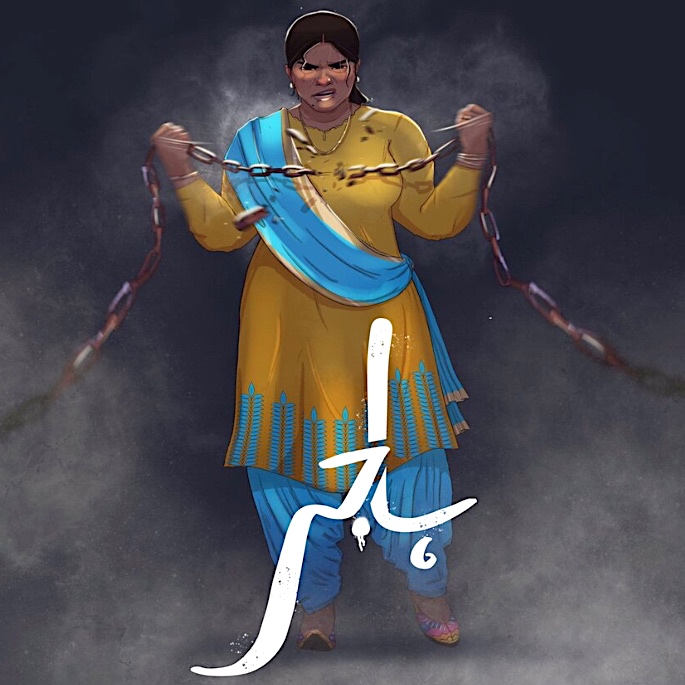 The supremacy of female depiction some with the character of Haajar.  Besides being a full-time mother to three children, she is also a part-time designer.

Nearly a decade ago, with the help of her team, she would ‘crush’ crime on Lahore streets.

The character of Haajar takes inspiration and respect from all mother, particularly the Umair’s mum. Following a break, Haajar returns to the game, offering other characters a helping hand. 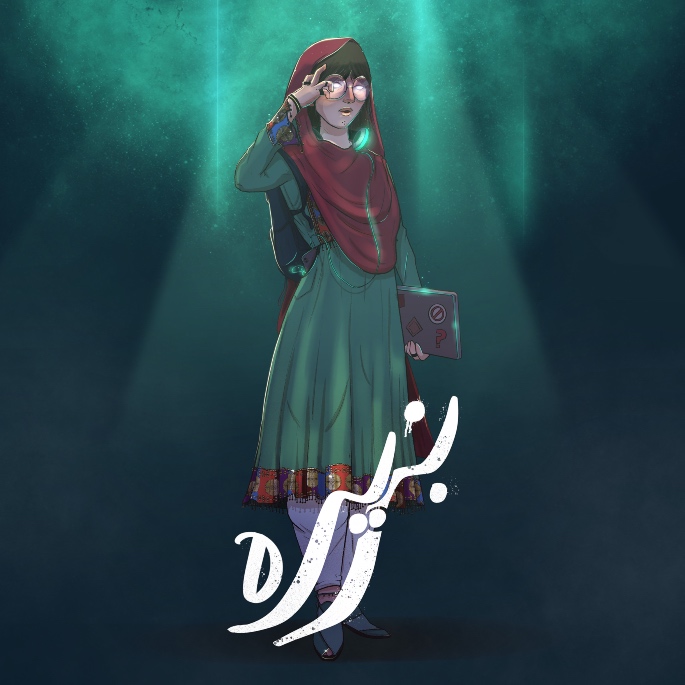 Bazira, better known as Buzz is a funny yet smart 16-year-old Pakhtoon student. Coming from Swat she a hacker who is well informed about modern technology.

She has a very calm and collective personality, especially with her short hair and big glasses.

Wearing traditional clothing, she has neon headphones around her neck. Carrying a backpack, she has a determination written on her face.

Her character is inspired by all those girls who were unable to attend school.  Her quirky character has become a fan favourite.

She has a vital role to play in this series, particularly as she can foresee the future. 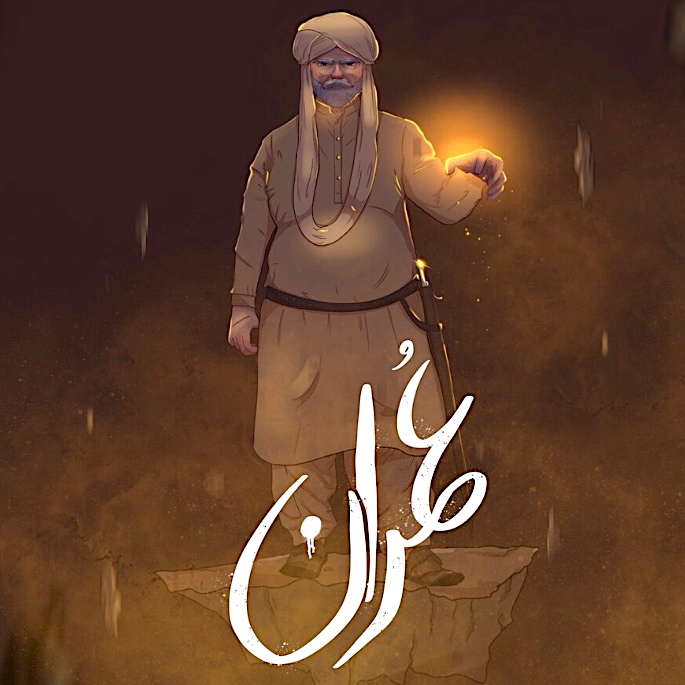 Omran is an experienced Baloch sword fighter from Quetta. He becomes the sole successor of his family, giving him the authority to control earth.

The 61-year-old retires from his responsibilities as he passes the baton on.

However, in the need of the hour, the angry yet wise man has to pick up the mantle of his duties. 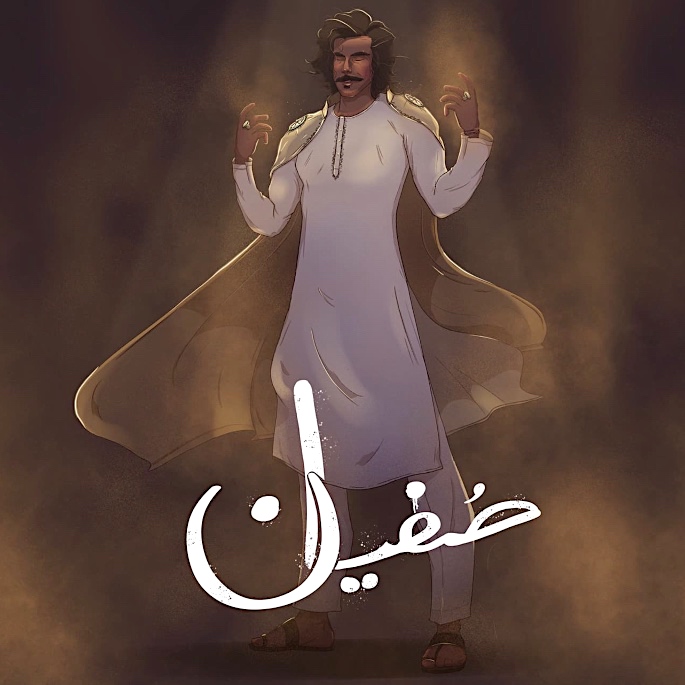 Sofian has the dual role of a modest nawab (governor) and a crimefighter.

Similar to his name, he is the sandstorm of Bahawalpur.

Travelling more than two centuries in time, he comes back to rescue his city, which is in shambles. 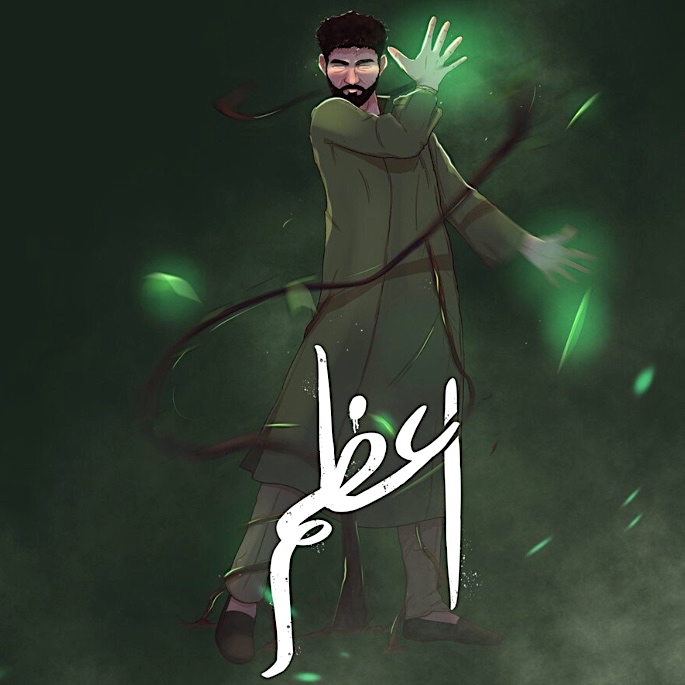 From Kashmir, there is the happy-go-lucky healer and poet Aazam. Using his power he is able to control plant life.

For most of his life, Aazam is disliked and referred to as “freak” by forest natives, until a disaster occurred. He has to help his people and land through his healing abilities.

Khan will investigate nature and environmental issues via the character of Aazam. 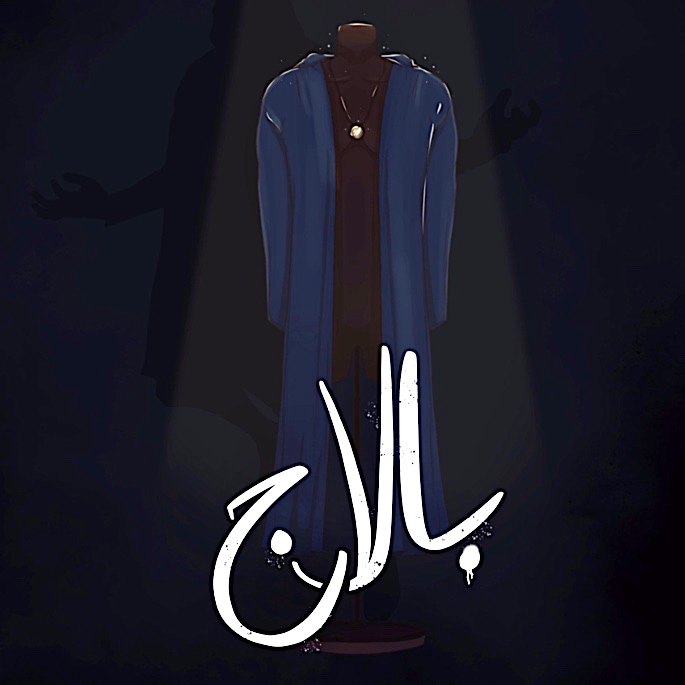 Balaj who was last seen more than a decade ago represents the streets of Karachi.

Missing for years, he possesses an ability to control mattes and object from the ‘City of Lights’ twisting streets.

Karachi is greatly in need of its rescuer. His story will come at the right time in the future. 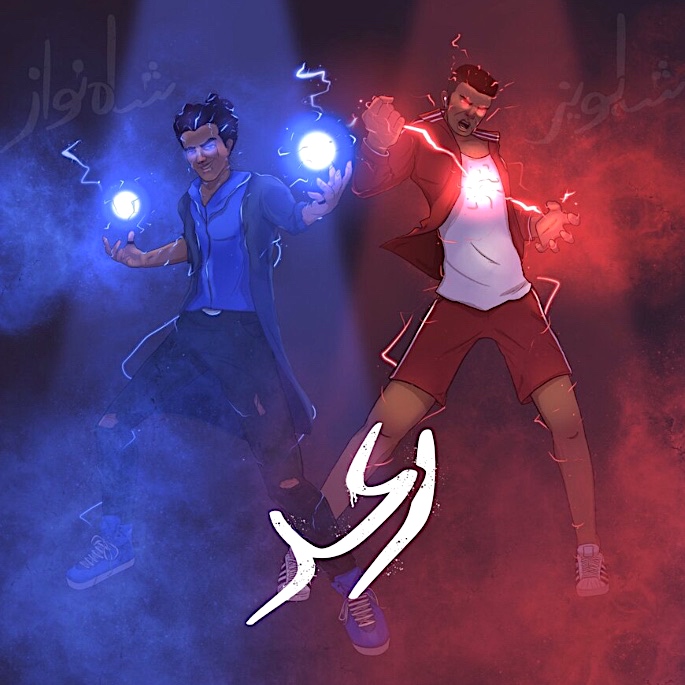 The series will begin with Long Lost Brothers, starring Shahvez and Shanawaz,  two of his most fresh characters.

They are irresponsible and angry twins from Islamabad and Rawalpindi.

Despite their extreme disliking for each other, both are connected with their ability to control electricity. Interestingly, it is beyond their control.

One has a positive charge, with the other having negative charging effect As a combination they are called Raad, meaning thunder in Urdu. 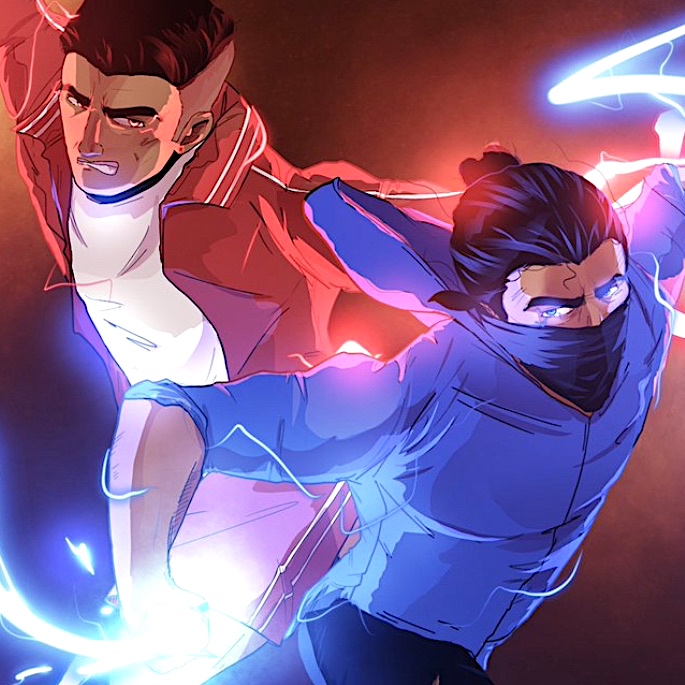 After starting to work on Paak Legion in August 2019, Umair has had a huge following on social media.

Umair has previous experience of working on film publicity, children’s book with illustrations and campaigns for UNICEF, EU and Ministry of Human rights.

Activist, Iman Sultan is the co-writer of the Paak Legion series. Umair and Iman are hoping that the audience will grow as the characters and stories develop.

The comics are primarily available to pre-order online, with the first issue shipping from December 18, 2019. The book has had more than 400 orders.

Fans will be able to read the comic book in either English or Urdu.

Faisal has creative experience in the fusion of media and communication and research which increase awareness of global issues in post-conflict, emerging and democratic societies. His life motto is: "persevere, for success is near..."
Humble The Poet talks Spoken Word, Book & Social Impact
How Indian Culture Influences Global Trends