The third instalment of the hacking franchise is likely to release in 2020. We look at ‘Watch Dogs: Legion’ in more detail and what to expect.

"London is one of the most surveilled cities in the world."

Watch Dogs: Legion is an exciting upcoming video game release despite the first two games not living up to the hype.

The action-adventure hacking game is the third instalment in the franchise and follows a group of agents looking to liberate the city of London from its reins as a surveillance state.

The game was announced at E3 2019 and was surprisingly met with praise thanks to its innovative features.

Watch Dogs: Legion was initially announced to release on March 6, 2020, which would have made it one of the year’s most anticipated games.

However, in October 2019, Ubisoft announced that it would be delayed until an unspecified date during its 2021 fiscal year, which begins on April 1, 2020.

Not only will it be available for PlayStation 4, Xbox One, Google Stadia and PC but it will also release on the new generation PlayStation 5 and Project Scarlett consoles.

Despite not knowing when the game will release, it is still one to look forward to. We look at the game’s features and what to expect when it eventually comes out. 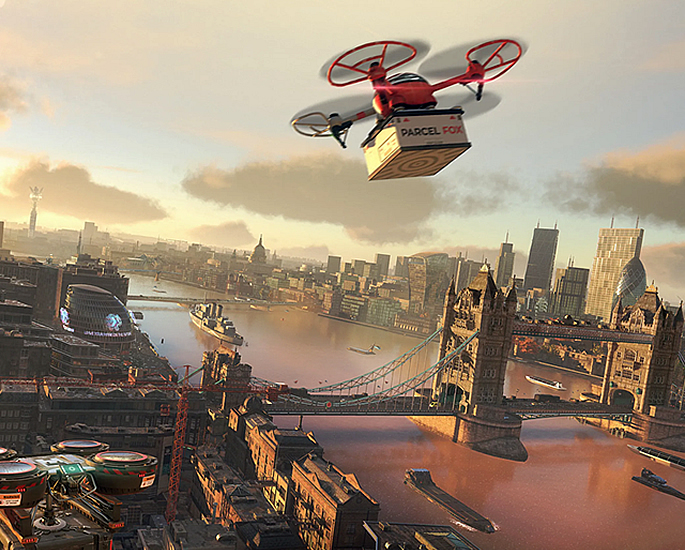 Watch Dogs: Legion is set in a dystopian future within London. Mass unemployment, an ineffective government and a private security firm called Albion are causing mayhem on the streets.

The regime has taken control of London as well as the rest of the United Kingdom by installing mass surveillance.

Players are part of hacker group DedSec and the objective is to build a team of resistance fighters.

DedSec recruits allies from across the city to help liberate it as a resistance force. Players search for recruits amongst the common people.

Every character which has been recruited has their own unique background and skillset.

This results in a more dynamic influence on what happens in the story as progress is made.

Where is the Game Set? 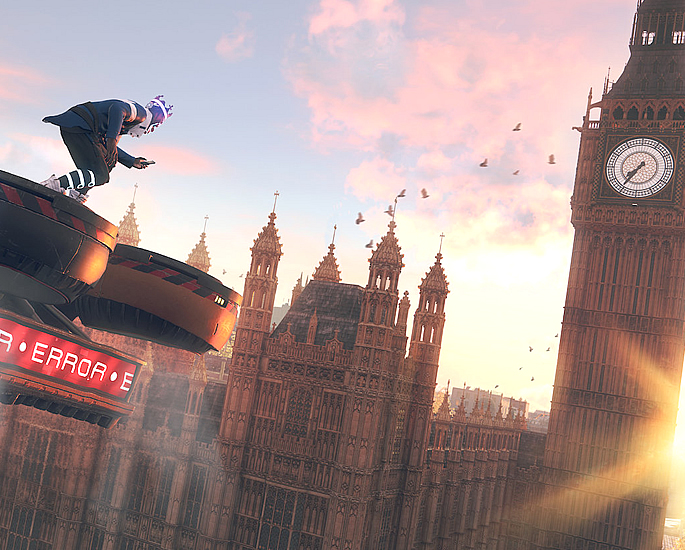 While the premise of the game is about liberating a surveillance state, one of the most talked-about announcements was that it would be set in London.

More importantly, it will be an open world, fictionalised representation of the city.

It will feature recognisable landmarks, areas and cultures. London is already known for its heavy use of surveillance technology but Watch Dogs: Legion will take it to a whole new level.

Drones will be a huge part of the game, some of which are armed.

The developers, Ubisoft Toronto, stated that the game will be a post-Brexit society. While it became a questionable inclusion, the intention is not to debate about it.

Instead, it will present already existing elements that lead to such events.

Creative Director Clint Hocking revealed that the setting idea came before the actual Brexit vote in 2016.

He said: “We chose London as a setting before the Brexit debate was even happening and certainly before the vote.”

Producer Sean Crooks explained: “London is one of the most surveilled cities in the world.

“Also, its cultural backdrop, its history, the contrast between modern culture and very old English architecture is very intriguing.

“So when we look at the cities where we could possibly set this game all of those elements really made it stand out.”

Hocking added: “All the elements in the world that you see are based off lots of real-world problems that eventually contribute towards Brexit.

“So autonomy and loss of jobs because of it, global warming, all the other events that you see worldwide happening today.

“But, it’s not just that, it’s about everything that’s happening in the world today and all of it has culminated to this one situation, a possible future, of Watch Dogs: Legion.” 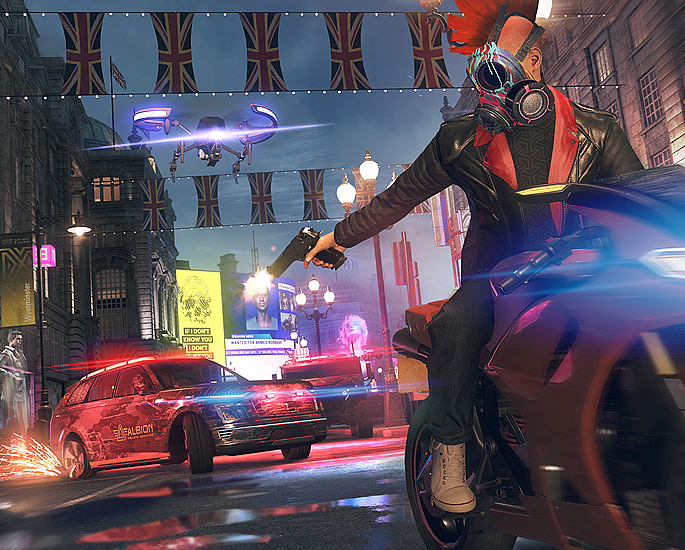 The action-adventure is played from a third-person perspective like it’s predecessors.

As well as travelling across the city on foot or by using vehicles, players will also be able to fast-travel using London’s Underground stations.

One massive change from the previous Watch Dogs games is that it is about building a team of hackers instead of being the lone protagonist.

Players build a team of DedSec agents which can be handpicked from the citizens of London.

After recruiting them, you can assign them one of three classes: Enforcer, Infiltrator and Hacker.

Enforcers are primarily combat-focused. They can equip explosive rounds on their weapons and plant sticky mines.

Infiltrators focus on stealth but are also hands-on. One of their strongest attributes is sneaking. They also have more melee options.

They also have the ability to activate an ‘AR cloak’ which makes you invisible to guards for a short period of time.

Hackers also focus on stealth but they prefer to let the drones sneak for them.

Each class has its own set of tools. Completing missions and activities will lead to characters levelling up which unlocks different ability upgrades depending on what class they are.

Ability to Play as Anyone 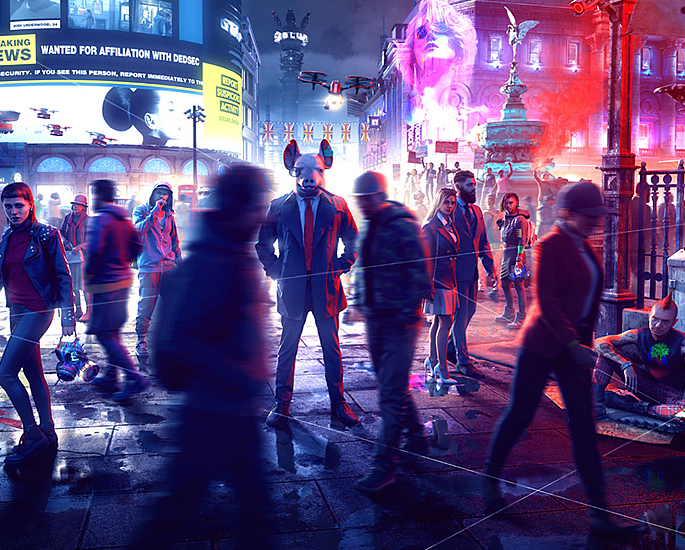 Watch Dogs: Legion has gone all out to create a unique gaming experience. One of the biggest aspects is the opportunity to play as anyone.

By being able to choose citizens to recruit, players will be able to play as any character in London.

As there is no central protagonist, cutscenes and dialogue will change depending on the DedSec member you are playing as.

Every character has their own set of personality traits as well as unique physical appearance. This makes for a different gaming experience for every player.

Sean Crooks elaborated on the innovative feature to GamesRadar:

“Watch Dogs: Legion is a game about building a resistance to fight back an authoritarian regime that’s taken over London.

“In the game, you can literally recruit anyone that you see. Anyone in the world is playable.”

“You can find them, look at their stats and traits, play their origin story, recruit them and then build a team to fight the resistance with them.”

Players can recruit up to 20 DedSec agents which can be switched in and out at will.

This makes for an extensive story. As every mission is a step towards completing a larger operation and the fact that there no one protagonist, it is believed that there will be five shorter stories rather than one large one.

However, playing as anyone comes with risks because if a character dies, they are gone for good.

During combat, going all-out can lead to agents getting close to death. When that happens, players are given the choice of whether to surrender or to continue fighting.

Surrender means that they go to a hospital or prison and are temporarily lost. Fighting is much riskier because if they die, they are gone forever and you are forced to switch to another character.

There are ways to prevent this by taking non-lethal routes but where is the fun in all of that.

Crooks spoke about the risk having more of an effect especially if the player has a connection to the character.

He said: “It’s interesting to have a connection with your characters. The investment and the risk/reward is a lot higher.

“Knowing that this person that you’ve maybe grown attached to, you could lose him or her is a good tactical choice.”

It will be intriguing to see how this feature plays out once the game releases.

Although Watch Dogs: Legion was slated for a 2020 release, the delay means that gamers will have to wait longer.

Hopefully, the delay is not too long and that it still comes out sometime in 2020.

Despite having to wait, the premise of the game looks promising and could mark an upwards turning point for the Watch Dogs franchise.

Dhiren is a journalism graduate with a passion for gaming, watching films and sports. He also enjoys cooking from time to time. His motto is to “Live life one day at a time.”
Netflix’s ‘Bikram’ exposes Use of Yoga for ‘Sexual Purposes’
Same-Sex Couple slams TikTok for taking Down their Video