Netflix’s ‘Bikram’ exposes Use of Yoga for ‘Sexual Purposes’

"More people would recognise him and know his story."

Netflix released its documentary called Bikram: Yogi, Guru, Predator on yoga teacher Bikram Choudhury on November 20, 2019, which exposes the use of yoga for “sexual purposes”.

It is a subject where other yoga teachers have previously been accused of exploiting their position for their personal sexual pleasure.

The 90-minute film delves into the rise of Bikram Choudhury’s hot yoga empire, which became popular during the 1970s in Beverly Hills, California.

Choudhury’s yoga form, Bikram Yoga, is a style which was practised in a 41°C room with a humidity of 40%, intended to replicate India’s climate.

It follows 26 yoga postures which he later tried to trademark but was unsuccessful.

Choudhury also set up a programme whereby the only official way to teach Bikram Yoga was to be taught by the man himself. Charges of up to $10,000 for each person to attend the training programme are revealed in the documentary.

These aspects indicated a cult-like foundation to his business model, and the success of hot yoga transformed Choudhury into a huge celebrity and a multimillionaire.

His behaviour as the documentary unfolds could be viewed by many could as arrogant, megalomaniac, narcissistic and purposely detached with the reality around him.

He is seen boasting in the documentary that his clients include Elvis Presley, Frank Sinatra, President Nixon, Barbara Streisand, Shirley MacLaine, George Harrison and many others. 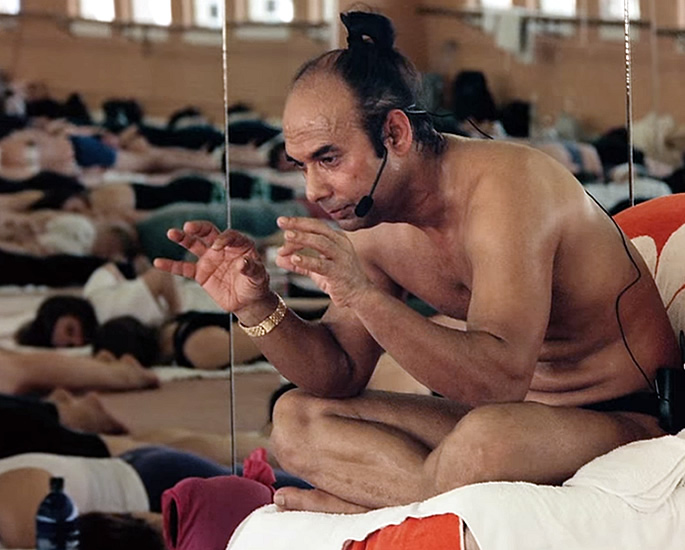 Known for his charismatic personality and leadership, these traits become questionable in the documentary. Especially, the behaviour portrayed towards his students.

As well as facing numerous allegations of racism and homophobia, Choudhury has also been accused of sexually harassing and sexually assaulting some of his students.

Bikram: Yogi, Guru, Predator was created by filmmaker Eva Orner and it includes first-hand testimonies from a number of Bikram’s alleged victims.

It details the sexual harassment and assault that these women claim to have suffered at the hands of their former yoga teacher.

The documentary also highlights the apparent ways in which Choudhury was able to abuse his power. He had a system in place that gave him control of the yoga from its teaching to its practice.

By 2016, Bikram faced six lawsuits for sexual assault. Four of these have now concluded, including allegations from Sarah Baughn and Larissa Anderson.

However, it was reported that he did not pay huge sums of the damages awarded to his alleged victims.

Since the allegations emerged, he has denied them all but claimed that women would do anything to be with him.

In an interview, Bikram outrageously stated that women in their thousands wanted to sleep with him.

He went on to famously say:

”Why do I have to harass women. People would pay $1 million for one drop of my sperm.”

Bikram: Yogi, Guru, Predator also presented footage of his testimony from the civil court cases. On multiple occasions, he pleaded the fifth amendment (invoking his right to refuse to answer on the grounds that he might have incriminated himself).

Following the release of the Netflix documentary, more attention is being paid towards Choudhury and the allegations against him.

Eva Orner knew the outcome and had intended for that reaction.

She explained: “I think what this film will do is make his life smaller and he will hate that.

She went on to say: “I hope that when he’s travelling and when he’s out in the world, people look at him like: ‘I know who you are, I know what you’ve done. You’re a terrible person’.” 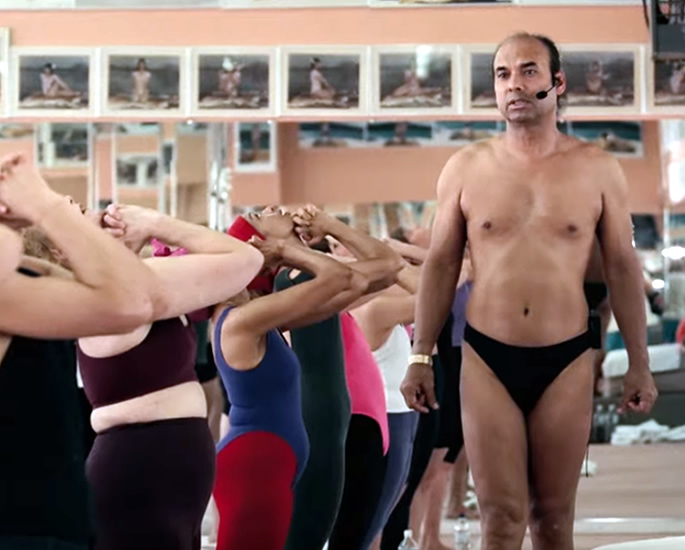 Mr Hillgrove detailed his client’s reaction: “Bikram Choudhury totally refutes all the allegations of sexual misconduct and harassment presented in the film and is deeply upset by the continued character assassination.”

Mr Hillgrove also revealed that his client had some allegations of his own.

“Bikram believes that the concerted effort by money-motivated lawyers to proactively send letters to a database of all his clients, offering people free legal representation and the promise of $1 million insurance policy pay-outs is the primary motivation for this reputational catastrophe.

“Bikram believes the Netflix film is nothing more than a repetition of old material.” 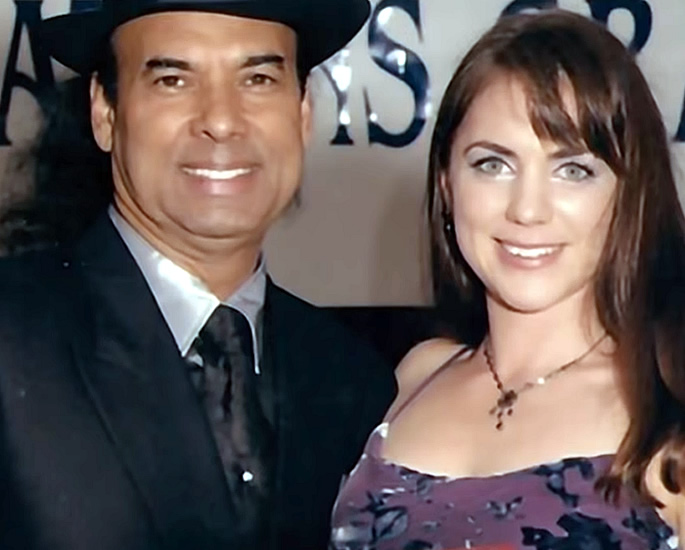 Larissa Anderson was one of Bikram’s alleged victims. She revealed that the yoga mogul gave off an almost god-like persona, especially when it came to the subject of yoga.

He had promised to make her famous and invited her to stay at his home.

One night, after Choudhury’s family went to sleep, he allegedly sexually assaulted Larissa before going on to rape her.

“I felt like my physical body was completely limp, totally numb.”

Larissa later revealed that she confided in a friend the day after but eventually pretended that nothing had happened.

On the documentary, Larissa was initially hesitant about her inclusion.

“I want the conversation to continue, and I want him to be stopped.

“Or at least minimise opportunities he can [abuse] somebody else. And that’s always been the driving force.” 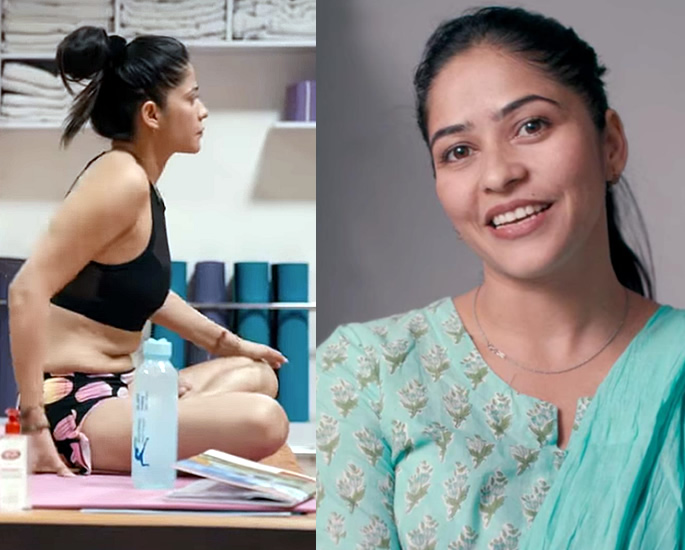 Mandeep Kaur Sandhu is another of Birkram’s alleged victims shown in the documentary.

Mandeep signed up for Choudhury’s training course in Las Vegas in 2009.

Mandeep saw Birkram as a teacher and guru but what he asked of her in this guise completely astonished her. He requested as a massage from her which was not just a normal one.

Recalling the incident when she was called by Bikram to massage him at two o’clock in the morning, Mandeep explains in the documentary saying:

“And I was just massaging the shoulders, combing his hair, massaging his hand and he continued to talk.

“He talks a lot. I have to just listen.

“And then he’s like, ‘Nobody’s here to handle my empire. I have done so much for everybody. Nobody’s taking care of me. Not even my family’.

“Then slowly, slowly, he’s guiding me. Do it here and do it here. And go to the main. Go put your hand in my inner thighs and do it.

“And I was like…Blind. He grabbed my hand and tried to put his there.

Mandeep was curious about what was going to happen with her next after the incident. She felt she wanted to leave the teacher training.

However, Bikram convinced her to stay on the course and dismissed it as something that ‘would not happen again’.

After what took place with her, she decided to complete the course, moved to New York and returned to Mumbai in 2010.

Sarah Baughn is a yoga teacher and one of the first to speak about Bikram’s predatory behaviour. 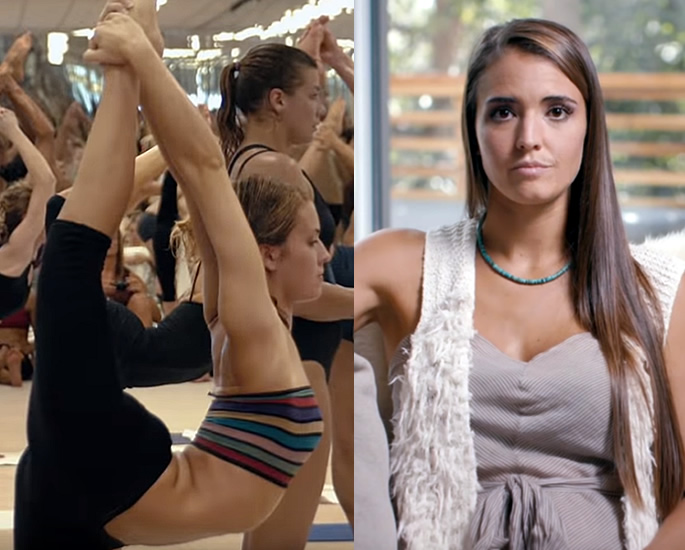 In 2013, she filed a lawsuit but criminal charges never came to fruition because “it was determined that there was insufficient evidence”.

Sarah revealed her ordeal again in the Netflix film where she alleged that he sexually assaulted her in his hotel room.

Choudhury held training sessions in hotel rooms and would also hold meetings with some of his students in his room.

Sarah also spoke about the psychological aspects that led to the alleged abuse.

She explained that Bikram presented himself to his students as an important and dominant figure. Sarah also said that he would act as though they needed him in their lives in order to fulfil their career aspirations.

Referring to him as the “leader” of a family, she said:

“The way that they shaped that world for us, we grew to understand that the only way you could be a good teacher was through him.”

Once Sarah’s lawsuit went public, multiple news outlets picked it up and she decided to speak about the accusations on TV.

Orner said: “These women who were so young came out in 2013 at a time when women weren’t doing this, and they had no support.

“No one was saying ‘Yay, girls!’ Everyone was questioning them, calling them liars, they were all vilified.”

“And more importantly, they lost their friends, their communities, their livelihoods.”

Since the release of Bikram: Yogi, Guru, Predator, Sarah admitted that there has been some closure.

She added: “It closed that chapter.

“I’ve grown so strong from that chapter, and to then step into this difficult new chapter, it’s the perfect timing to wrap that up.

“I can say: ‘I have my two feet on the ground, and I’m so strong and capable. You don’t even know now what I’ve become.’ I can go ahead and become it because that’s put away.” 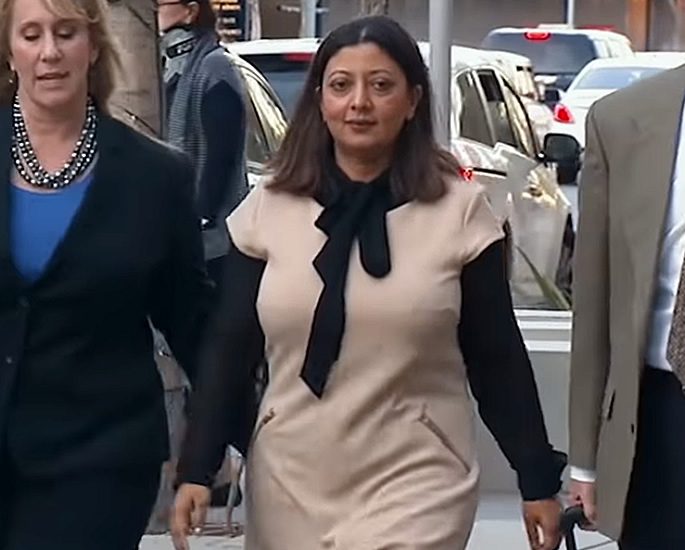 Another person prominently featured in the documentary is Minakshi Jafa-Bodden who was Bikram’s lawyer and a person who helped him structure his business properly.

However, due to major differences and issues that he did not agree with, Bikram fired her in 2013.

Jafa-Bodden sued him for wrongful termination.

She also filed a sexual harassment order against him after witnessing his “severe, ongoing, pervasive and offensive conduct” toward women, homosexuals, African Americans and other minorities.

Even though she was awarded over $7 million in damages, Jafa-Bodden claims she has not received the money.

In 2016, Bikram left the United States for India, however, his lawyer Mr Hillgrove said that he is “permanently travelling around the world” without trouble.

The documentary unveils how Bikram opened a yoga school in Mexico and Spain after the US accusations and court appearings, thus, leaving the US as a fugitive. 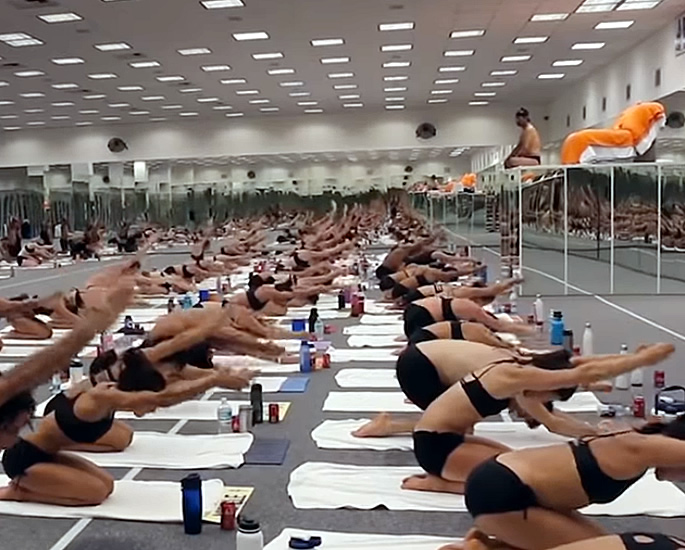 Digital Spy reported that Choudhury intends to travel to Thailand, London and Luxembourg.

The documentary reveals that Bikram has a family. He had been married to Rajashree Choudhury but they divorced in 2015 after she cited “irreconcilable differences”.

In 2014, Rajashree revealed that she hardly ever saw her husband. She said:

“On an average, we are together 10 days a month at our Beverly Hills residence and our headquarters.”

Rajashree, who is a yoga therapist, is an advocate for the physical, mental and spiritual benefits of practising yoga.

His daughter Laju Choudhury defended the hot-yoga style and said there were “widely held misconceptions” about the practice.

Despite the accusations against him, 75-year-old Bikram continues to teach yoga.

While he has yoga programmes across the world, Choudhary will be running ‘Bikram’s 2020 India Legacy Tour’.

It is described as a “once in a lifetime India Tour with Bikram Choudhury” and will visit Delhi, Agra, Jaipur, Jodhpur, Jaisalmer, Mumbai and Kolkata, costing $3,950 per person.

However, the release of the documentary will make him more recognised especially as it details allegations of sexual assault.

First-hand testimonies, as well as archival footage, portray Bikram Choudhury as an abusive narcissist who used his wealth and influence within hot yoga to protect himself from the consequences.

The documentary’s exposure to the use of yoga for sexual purposes may prompt other victims of Choudhury to come forward.

It may also inspire victims of sexual abuse at the hands of other yoga teachers to share their own horrific ordeal. 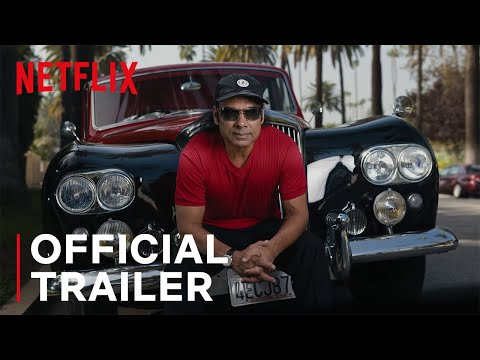