5 Bollywood Actresses who should Work with Sanjay Leela Bhansali

Reflecting on some of the best female talents in Bollywood, DESIblitz suggests 5 actresses who would ace a role in a Sanjay Leela Bhansali movie.

"I want to work with Mr Bhansali. It hasn’t happened yet, but it’ll take time."

Sanjay Leela Bhansali (SLB) is a genius when it comes to filmmaking.

Not only does he make grand and visually-appealing films, but he also creates movies which are poignant and motivational – especially projects like Black.

Over the years, many critics have praised him. Trade Analyst, Taran Adarsh, in particular, states: “SLB is an exceptional director with a remarkable vision.”

Bhansali does not solely have an eye for lavish sets but is also a fantastic Starmaker.

Bollywood heroines like Aishwarya Rai Bachchan and Deepika Padukone have prominently worked with the 54-year-old director as lead protagonists.

As such, many of these collaborations became landmark ventures in their careers. During Bajirao Mastani days, Padukone tweeted saying: “I owe my life and more… I love you.”

At the same token, there are actresses like Kareena Kapoor Khan, who walked out of projects due to alleged ‘professional’ reasons.

DESIblitz compiles a list of 5 experienced and rising immaculate Bollywood actresses, who could add adaa and elegance through their performances in a Sanjay Leela Bhansali film. 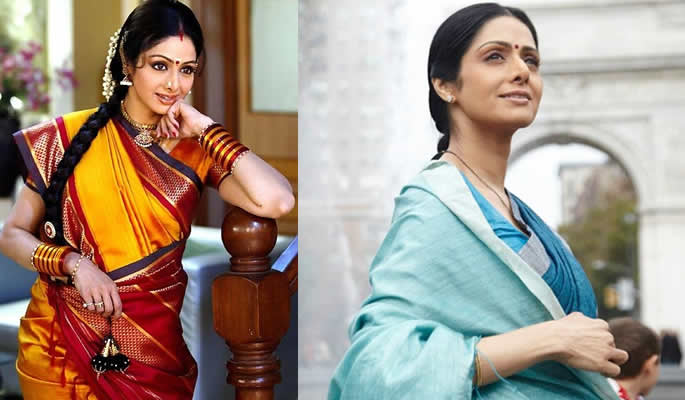 When it comes to cinema, India’s Meryl Streep alias Sridevi executes every role with such ease. She is truly the acting ‘Devi’ of Bollywood and Tollywood.

She has featured in diverse roles – a devoted homemaker in English Vinglish and a vigilante mother in Mom.

Even as an amnesia patient in Sadma, one could not help but applaud Sridevi for her convincing act. Moreover, she has the looks and dress-sense of a damsel.

Right from Kirron Kher in Devdas up till Supriya Pathak in Goliyon Ki Raasleela Ram-Leela, there have been several avatars of a protective mother in many Sanjay Leela Bhansali films.

After playing the cruel Queen in Puli, one can imagine Sridevi in the role of an empress or ‘Thakurain’, who forbids her young son or daughter from damaging the family honour.

Whilst the Mr India actress rejected the epic role of Sivagami Devi in the Baahubali franchise, she could work wonders in a Bhansali production. 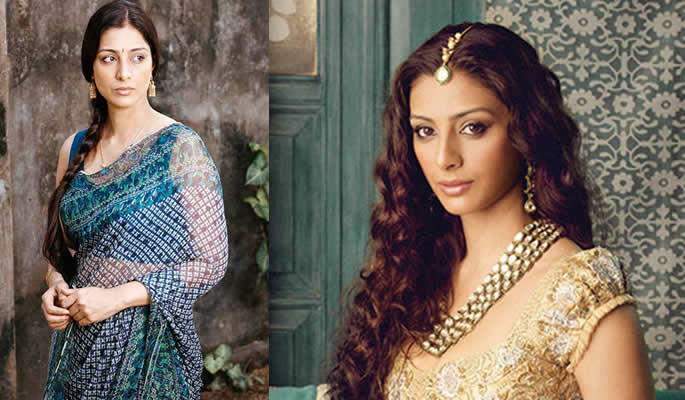 Talking about her career with Times of India, Tabu says: “I did not want to do things the way they are usually done in Hindi cinema.” Truly, this actress stands out from the rest.

Whether she plays a bar dancer like in Chandni Bar or a hot-headed cop as she did in Drishyam, Tabu leaves an impact with every performance.

Recently, the 46-year-old actress was seen as the dark and immaculate Begum Hazrat in Fitoor. In the movie, she delivered some terrific shayaris and muhawaras (proverbs).

When it comes to shayaris and muhawaras, one cannot forget Madhuri Dixit in Devdas.

Given that Tabu played the role of a prostitute with a golden heart in Jeet, she could be magical in a Chandramukhi style of a character. 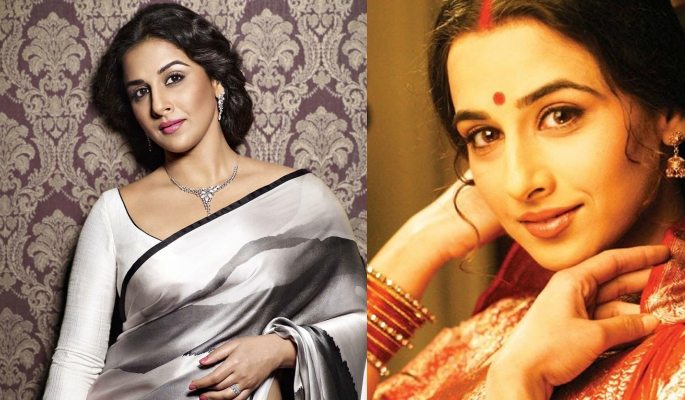 Vidya’s simple yet elegant dress sense and superlative talent are what make her one in a million. Furthermore, her vibrant personality sparkles of gold.

Not many people know that Vidya Balan was supposed to work on SLB’s production Chenab Gandhi, but after the director, Vibhu Puri backed out, the project fell through.

But there is still a chance that the two creatives can work together. DESIblitz asks Vidya as to what appeals to her in a script and narrative.

She responds: “Stories about people who never-say-die, I think those are the stories and characters I find most compelling.”

Many of Bhansali’s female protagonists are bold, beautiful and brave, many of which Balan has portrayed before in films like Paa, Ishqiya and The Dirty Picture.

Considering that Vidya Balan is a mature actress and handles every role with sense and sensibility, she would be excellent in a Kashibai type role. 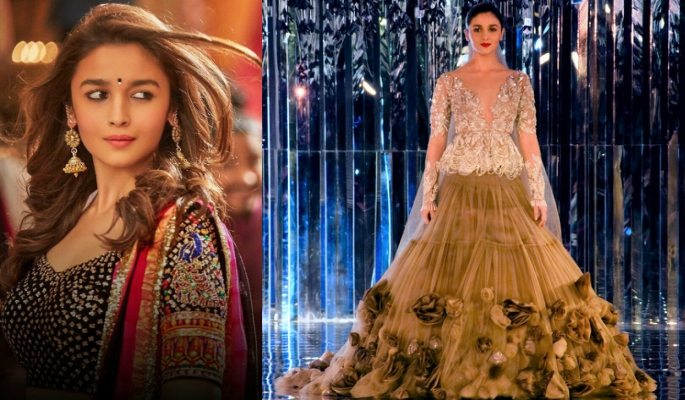 What can we say about Alia Bhatt? She is beautiful from the inside and out. Plus, her charismatic personality is lush. Oh yes – she can also wonderfully sing!

From the young Bollywood actresses, Alia has clearly expressed her interest in working with Mr Bhansali. She tells the media:

“Today, I’m saying that I want to work with Mr Bhansali. It hasn’t happened yet, but it’ll take time and I know it’ll happen at some point.”

Many of Alia Bhatt’s characters have been quite unconventional, rebellious and courageous – be it Udta Punjab or even Badrinath Ki Dulhania.

When it comes to emotional dialogue delivery and serious acting, Alia, out of all other current actresses, has really made an impact.

One can certainly imagine Bhatt stepping into the shoes as a fiery warrior or a valiant queen like Padmavati. 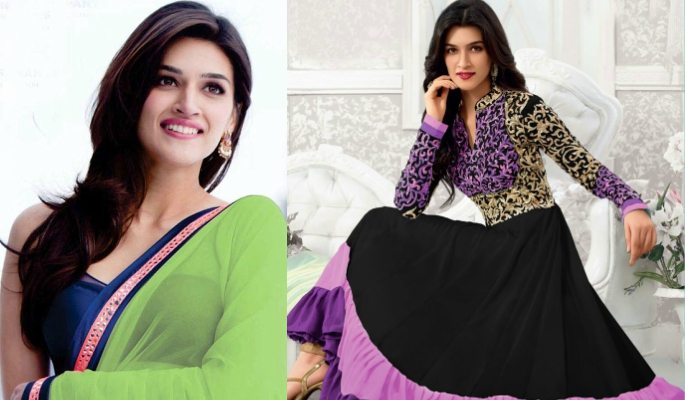 She dresses immaculately, has a great height, speaks sincerely and is intrepid. Kriti Sanon is the perfect combination of gorgeous and gutsy.

Kriti Sanon is a supreme talent and has a lot of potential to be the next big heroine in Hindi cinema. All it could take is some more development and exploration by Sanjay Leela Bhansali.

In our interview, the 27-year-old actress shares her perspective on female-centric roles in Bollywood today:

Whilst Kriti’s latest release Raabta was not entirely successful at the box-office, her performance was truly commendable.

In the film, she played the double-role of a fierce warrior and a modern independent young woman. Sanon handled both responsibilities with perfection.

Even in a small-budget romantic-comedy like Bareilly Ki Barfi, Kriti proved that she can successfully depict any character.

On the whole, it is not everyone’s cup of tea to be a Bhansali heroine. Therefore, these 5 actresses have the right amount of panache and talent.

Some other current actresses who would also weave magic through their work are Kajol, Juhi Chawla, Sushmita Sen, Diana Penty and potentially, Anushka Sharma.

It is rumoured that the fearless fashionista Kangana Ranaut will soon work in Bhansali’s film with Shahrukh Khan. Thus, One looks forward to seeing what the future holds.

Anuj is a journalism graduate. His passion is in Film, Television, dancing, acting and presenting. His ambition is to become a movie critic and host his own talk show. His motto is: "Believe you can and you're halfway there."
Padmavati cleared by Indian Censors with Suggested Changes
How Aishwarya Rai Bachchan became the Global Beauty of India