“Rohit Shetty will not be blowing up cars, the actors will be flying here and there.”

Rohit Shetty returns with a ‘Dhamaka’ as he fuses humour with horror for Golmaal Again, the fourth film in the franchise.

It promises to be one crazy, comical and cool ride.

With a stellar ensemble cast boasting of Ajay Devgn, Neil Nitin Mukesh, Arshad Warsi and Shreyas Talpade, there are high expectations for this Diwali 2017 release. 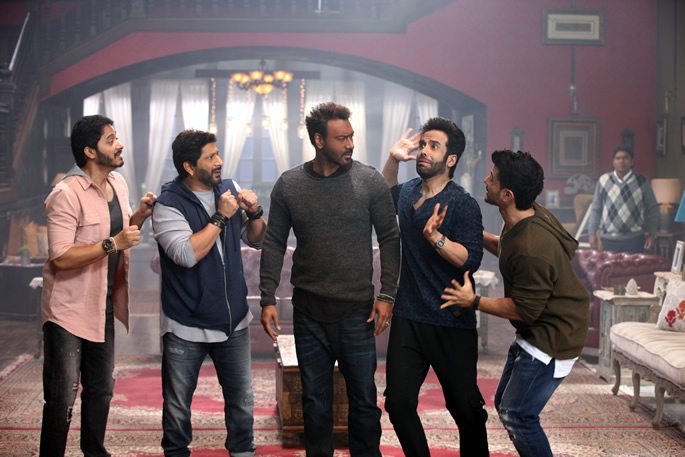 ‘Lucky’ is perhaps one of the most iconic roles of Tusshar Kapoor’s career. Having been associated with the Golmaal franchise for over a decade, audiences are used to seeing the talented actor entertain without the use of speech.

“The memories are very strong. Even though it’s hard work when you look back a few years later and all the success that has come with that hard work, this makes you feel emotional.”

Promising more masti, mazaak and entertainment with his character in this film, Tusshar tells DESIblitz:

“The character kind of gets a voice. How, why, when, what and where of the whole story behind the voice coming back is the actual masala you’ll see in the movie.”

“It’s a horror-comedy now, so there’s so much more. It’s not just the usual laugh-a-thon like you have seen earlier. I think it’s a complete film.”

Listen to our full interview with Tusshar Kapoor here:

The film shoot was quite special as Tusshar brought his son, Laksshya at several locations. Reflecting on this experience, the 40-year-old actor says:

“Tabu ma’am used to come to Laksshya’s room after pack-up every day. He [Laksshya] instantly connected with her and played with ma’am on the mat. It was as if he knows her.”

A Fun and Entertaining Experience for Tabu 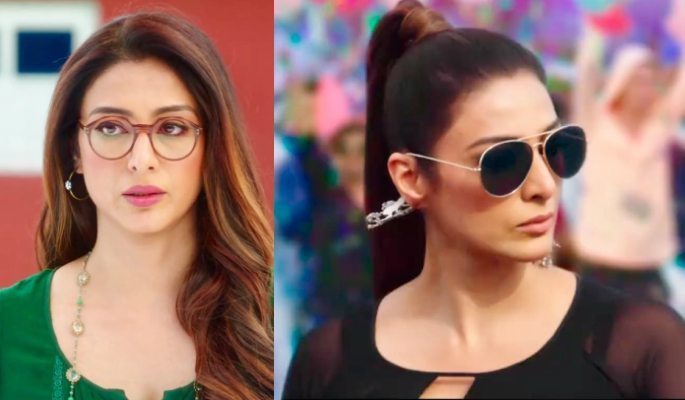 Being an international artist, it is wonderful to see Tabu in a comical outing like Golmaal Again after watching her in intense ventures like Haider and Fitoor. Tabu reveals her Golmaal experience:

“It was relaxing, fun and baggage-free because you’re working with friends and in this mad atmosphere where everybody is funny and you’re laughing in every shot.”

“Luckily, I didn’t have any comedy to do so I could just be watching them and just having a good time.”

The 45-year-old actress describes how she is a fan of the Golmaal franchise and rapport of the team tempted her to undertake this project.

Listen to our full interview with Tabu here:

Tabu plays Rukmini. In the trailer, she looks stunning as we see her smartly dressed and in a speckled avatar.

With dialogues like, “Tum Logo Ke Ghar Mein Aatma Hai”, and spoofing mantras by saying, “Eem Bream Cold Cream”, it suggests that the actress is a medium, who may host a séance in the movie.

Whilst she could not reveal much about her role, the 45-year-old actress tells DESIblitz:

“Even if I tell you one thing, it links to something else. It’s not really a film that can be divulged. My character is so serious, she can’t do any hanky-panky [laughs].”

One looks forward to seeing this modern and gorgeous avatar of Tabu on screen!

Parineeti Chopra is the New Addition to Golmaal Team 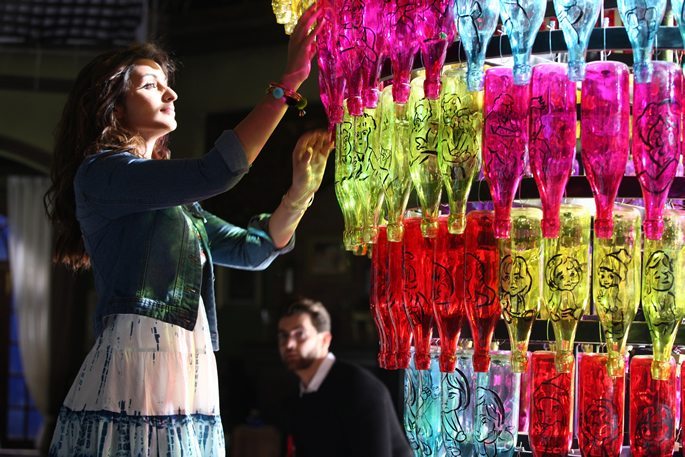 It’s been almost three years since we saw National Award winner Parineeti Chopra in an acting role, although she was stunning in the song ‘Jaaneman Aah’ from Dishoom.

“The day I heard the film when it was narrated to me, I was so excited because my role is so amazing. Rohit sir told me that it is a very important role and it would be such an amazing and beautiful character.”

Usually, Kareena Kapoor Khan plays the leading lady of Golmaal. However, it is wonderful to see Parineeti joining this mega comedy franchise.

Whilst we have seen Chopra in comedies like Hasee Toh Phasee and Daawat-E-Ishq, she is quite new to Rohit Shetty’s style of comedy.

Being the new-girl-on-the-block, Parineeti discusses what tips director Rohit Shetty gave her:

“Rohit sir gave me so much clarity and helped me out so much, it does take a couple of days to get accustomed to this kind of language and work, I’m so happy that I had an amazing director like Rohit sir to guide me.”

Listen to our full interview with Parineeti Chopra here:

The Ishaqzaade actress states that both Rohit Shetty and Ajay Devgn played so many pranks on the set.

Parineeti describes one of ‘innumerable’ pranks: “Rohit sir would tell me that in the next shot I would have my back to the camera and as soon as I turned, the crew would have left. I would chase around the set trying to beat them, but obviously, they are my seniors.” 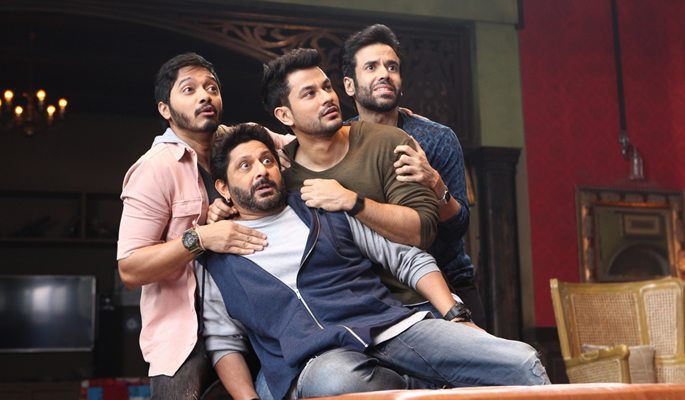 Kunal Kemmu returns to the big-screen as ‘Laxman’. His character namesake is as that of Shreyas Talpade in the film:

“It’s always fun to do comedies and even more fun when you’re doing a Golmaal because it’s a character you’ve lived before and you know what is expected from yourself.”

“The whole cast and crew and team of Golmaal are people I really enjoy working with. It’s been a pleasure to return and do the same thing all over again.”

Whilst the narrative experiments with a new angle, Kunal feels that the audience should expect similar characters as some of the previous films.

Explaining the new additions to his role: “There are some added nuances. If I talk about Laxman, they [the audience] can definitely expect more witty and funny one-liners and those mahavras [proverbs].”

However, in comparison to the other films in the franchise: “Rohit Shetty will not be blowing up cars, the actors will be flying here and there.”

As Parineeti mentions in the media: “Comedy is a serious business.” So, how easy it to make people laugh?

From his experience in hit comedy flicks like Go Goa Gone and Dhol, Kunal responds:

“It’s the toughest thing to do. If I talk about Golmaal, the whole team has a good sense of humour and they’ve done it three times. So I’m quite confident about the fourth instalment.”

“Comedy is one genre which is about action and reaction. That’s why it is important you work who feed off your energy and vice-versa. We are lucky to have an amazing cast in Golmaal.”

Listen to our full interview with Kunal Kemmu here:

Overall, whilst there have been a few new additions to the original cast, it seems as though Golmaal Again promises to both spook us and humour us in this horror-comedy.

Although the film releases alongside Aamir Khan’s Secret Superstar, it will be interesting to see which film sets off the most fireworks this Diwali.

The film releases in cinemas from 20th October 2017!

Anuj is a journalism graduate. His passion is in Film, Television, dancing, acting and presenting. His ambition is to become a movie critic and host his own talk show. His motto is: "Believe you can and you're halfway there."
The Rise of Aamir Khan’s Protege Fatima Sana Shaikh
Secret Superstar ~ a Story of Tears, Talent and Triumph