Fatima Sana Shaikh impressed many in Dangal and will soon feature in Thugs of Hindostan. Let’s take a closer look at Aamir Khan’s dazzling protege.

She often set pulses racing with her racy bikini pictures on Instagram.

Since her rise to fame, Fatima Sana Shaikh never fails to impress us. From her outstanding performance in Dangal to stunning bikini images on Instagram, she has transformed into a successful actress.

Fans will soon see her star in Aamir Khan’s future project Thugs of Hindostan. Featuring once again with the Bollywood legend, Aamir has taken Fatima under his wing.

However, not everyone seems pleased with this. Controversy has arisen between the actress and co-star Katrina Kaif, who reportedly suggested that Fatima had more screen time.

With the film due to release in 2018, let’s take a look at the rise of Aamir’s ‘Secret Superstar’.

An Early Debut in Bollywood

She appeared in a range of drama series, such as Ladies Special and Agle Janam Mohe Bitiya Hi Kijo.

However, the star soon left acting as she missed her school days. After attending Mithibai college in Juhu, she began auditioning to make a comeback.

While the 25-year-old now hails as a remarkable actress, did you know she pursued a career in photography? As she struggled to pick up many roles with a handful of films, such as Bitto Boss (2012), she focused her efforts more on cinematography.

But in 2015, her dreams of a second chance in Bollywood came true. She auditioned for the role of Geeta Phogat in Aamir Khan’s Dangal. After passing through six levels of shortlisting, she finally landed the role.

Fatima’s second Bollywood debut cemented her position as an actress. Dangal (2016) captures the true story of Geeta, the daughter of the legendary Mahavir Singh Phogat. Tackling and breaking barriers in stereotypes of Indian women’s wrestling, it became a box office success.

The actress even won the ‘Best Female Debut’ award at the News 18 Movie Awards in March 2017.

While she’s no stranger to fame and fortune, Fatima has hit headlines for reasons other than her incredible performances. She often set pulses racing with her gorgeous bikini pictures on Instagram, of which have attracted trolls.

Even recently, she became embroiled in controversy for wearing a low-waisted sari. Sharing the image in early October, many criticised Fatima for her appearance. Some even left comments, saying she had taken a “shameless selfie”. 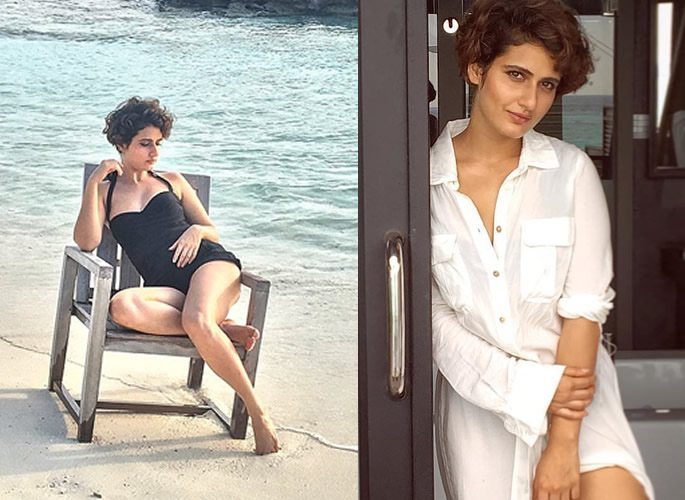 However, she doesn’t let this negativity deter her. Instead, she keeps a dignified silence, focusing on her upcoming projects.

Speaking of which, fans eagerly await to see Fatima reunite with Aamir Khan in highly-anticipated Thugs of Hindostan. With Amitabh Bachchan and Katrina Kaif also starring, the announcement of Fatima appearing in the film resulted in a media frenzy.

But amidst the hype, Katrina Kaif made headlines when she reportedly slammed Aamir Khan. With the source of her anger lying in Fatima. Reports claim that Katrina believes Aamir has given preference to the 25-year-old. Giving her more screen time and attention.

Katrina also reportedly felt that Aamir even personally guided Fatima on the role.

Aamir revealed in a recent interview: “Even in Thugs of Hindostan, the central role is the girl who is being played by Fatima Sana Shaikh. The story of the film is about her.” Perhaps this angered Katrina further? 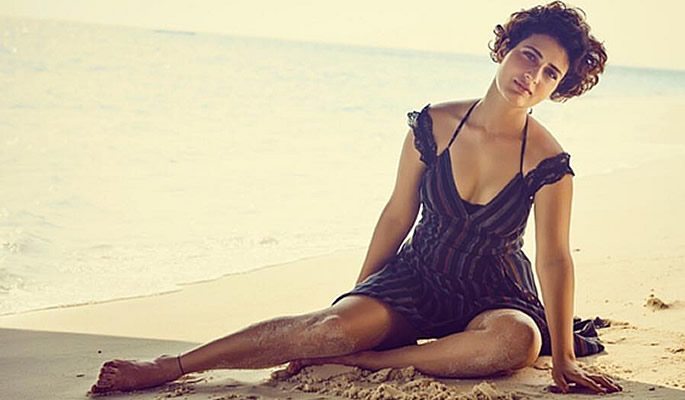 With all this combined, sources claim the actress now feels upset with the acting legend. Despite these growing reports, all three stars have remained silent. However, back in May 2017, Aamir’s partner Kiran Rao said of Fatima’s casting:

“We don’t deal with [casting]. It’s a Yash Raj Films movie so Adi [Aditya Chopra], Victor [Vijay Krishna Acharya] and Aamir have decided on it. As it is a big film for them, they would have given it [casting Fatima] a good thought. There has to be merit in it.”

Indeed, Fatima had waited for the role and auditioned to land the part. With her stunning performance in Dangal fresh in minds, no wonder producers felt she would fit perfectly for such a role.

But this doesn’t hail as anything new. Aamir regularly brings in new talent, promoting the future generation of Bollywood.

Take his upcoming feature Secret Superstar, for example. He recently promoted 16-year-old Meghna Mishra as the film’s voice. For its release on 19th October 2017, Aamir plans to dedicate his time to promote the film and its fresh talent.

It seems then Aamir plays an instrumental role in shaping the upcoming names of this generation. With Fatima as one of its key rising actresses.

Fatima may face controversy with stars and social media. But she brushes it off and continues with her dream; becoming an established, outstanding Bollywood star.

A passionate writer and a budding entrepreneur, Arshavin is a generic coffeeholic and insomniac who loves to work at night. His motto: "Make new friends, but keep the old; Those are silver, these are gold."