Is Fatima Sana Shaikh to Blame for Aamir & Kiran’s Divorce?

Aamir Khan and Kiran Rao announced their divorce after 15 years together. However, netizens are blaming Fatima Sana Shaikh for it.

“How beautifully divorce is glorified."

Some netizens are pointing the finger at Fatima Sana Shaikh for Aamir Khan and Kiran Rao’s divorce.

In a lengthy statement, Aamir and Kiran said that they had planned to separate but would co-parent their son Azad Rao Khan.

They also said they would continue with their professional partnership on Paani Foundation and “other projects that (they) feel passionate about”.

Part of the statement read:

“In these 15 beautiful years together we have shared a lifetime of experiences, joy, and laughter, and our relationship has only grown in trust, respect, and love.

“Now we would like to begin a new chapter in our lives – no longer as husband and wife, but as co-parents and family for each other.”

The announcement came as a shock to fans.

They were later seen holding hands and reassuring fans that they remain happy about the decision.

In an Instagram Story, Aamir and Kiran said they saw their divorce as the start of a new journey rather than the end.

However, this has led to some people trolling Aamir and Kiran for their divorce.

Some people questioned them for glorifying divorce while others said they mocked the marital bond.

A user said: “How beautifully divorce is glorified.”

However, many people have accused Fatima Sana Shaikh of being the reason behind the divorce.

One person said: “This is horrible, this guy made 3 Idiots, TZP, Dangal etc to inspire the youth, heard he is going to marry Fatima, that’s why he divorced with Kiran, we are ashamed of you, Aamir.

“I feel guilty that I have watched your movies, will boycott everything now.”

Another said: “Congratulations in advance Aamir and Fatima Sana Shaikh. Hope it will last a long time #AamirKhan.” 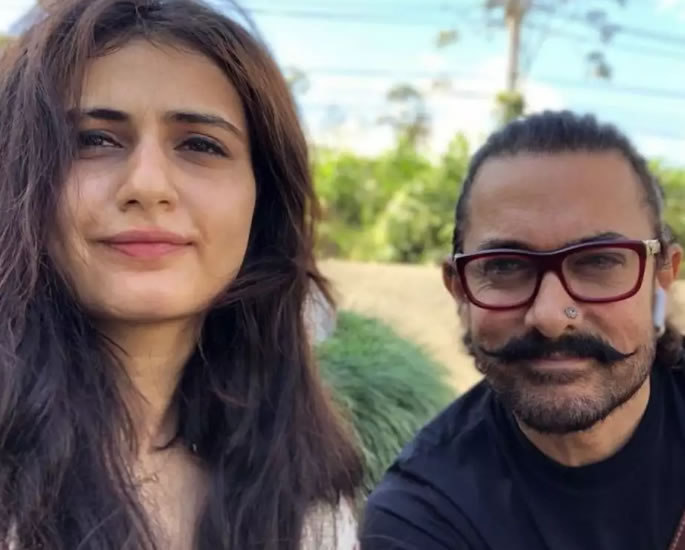 The trolling is down to speculation that Fatima and Aamir grew close on the set of Thugs Of Hindostan.

Reportedly, Aamir pitched Fatima’s name to filmmakers and this ended up annoying Katrina Kaif who was meant to be given a bigger role.

According to some workers, Katrina and Fatima developed tensions and refused to get along.

Some netizens believe that Fatima drove a wedge between Aamir and Kiran, resulting in their divorce.

One user said that Fatima and Aamir will get married.

“The grapevine is saying Fatima is the latest.”

The trolling in relation to Fatima led to her name trending on Twitter.

Previously, Fatima Sana Shaikh had denied rumours of a growing relationship between her and Aamir Khan, opening up on the trolling she received

She had said: “Earlier, I used to get affected. I’d feel bad.

“Because I’ve never dealt with anything of this sort at such a big level.

“A bunch of strangers, whom I’ve never met, are writing things about me. They don’t even know if there’s any truth to it.

“People reading it assume that I’m ‘not a good person’.

“You feel like saying to that person, ‘Ask me, I’ll give you an answer’.

“It disturbs me because I don’t want people to assume wrong things. But I’ve learnt to ignore it.

“Yet, there are some days when I do get affected.”

Dhiren is a journalism graduate with a passion for gaming, watching films and sports. He also enjoys cooking from time to time. His motto is to “Live life one day at a time.”
Rakhi Sawant says Mother wished she ‘Died’ at Birth
Sonam Kapoor thankful she didn’t Marry Bollywood Celeb