Arjun Rampal summoned by NCB after Raid on His Residence

Bollywood actor Arjun Rampal has been ordered to appear for interrogation by the NCB after his Mumbai residence was raided by officials.

The NCB has been probing into Bollywood’s supposed drugs racket after the untimely death of Bollywood actor Sushant Singh Rajput.

The late actor reportedly committed suicide on June 14, 2020. Since then, names like Rhea Chakraborty, Deepika Padukone, Sara Ali Khan and more have been linked to the ongoing investigation.

This raid came a day after Shabana Saeed, the wife of film producer Firoz Nadiadwala was arrested by the agency.

The raid at Arjun Rampal’s house drew a lot of attention as media personnel and officials were seen arriving at the scene.

Shortly after, according to news portal ANI a source stated that the actor was summoned by the NCB. 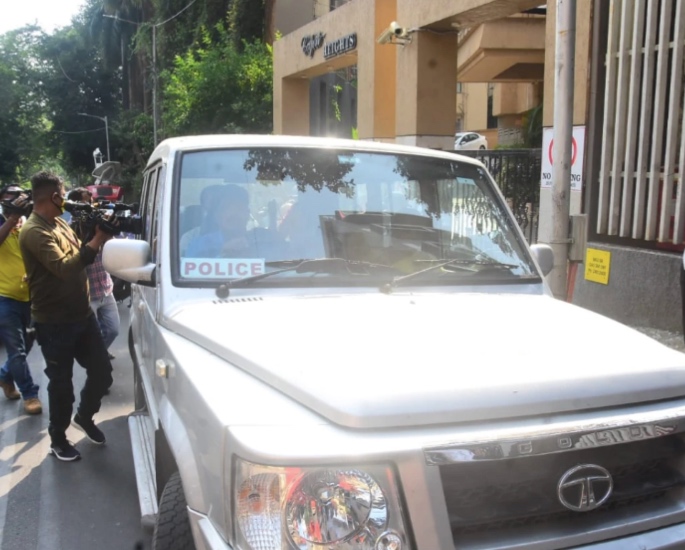 Reportedly, the NCB seized Arjun Rampal’s electronic devices and ordered him to cooperate with the investigation on November 11, 2020.

Last month, the NCB had taken Agisilaos Demetriades, the brother of Rampal’s girlfriend Gabriella into custody for possession of narcotic substances.

It has been alleged that Agisilaos Demetriades was a member of the drug racket linked to the death of Sushant Singh Rajput.

The NCB had detained alprazolam tablets and hashish from Agisilaos Demetriades.

In fact, the NCB believes Agisilaos Demetriades was in contact with the same drug suppliers used by Rhea Chakraborty.

Sushant’s girlfriend, Rhea was arrested on September 8, 2020, for procuring drugs.

However, after spending almost a month behind bars she was granted bail while her brother Showik Chakraborty was not.

During the NCB’s investigation, a former executive of Dharma Entertainment, Kshitij Prasad was also arrested.

The former Dharma employee has denied the claims against him. He also told a court that he was being falsely implicated by NCB officials to name actors.

These include the likes of Arjun Rampal, Dino Morea and Ranbir Kapoor.

According to The Indian Express, in his application, Kshitij Prasad said:

“I have been repeatedly harassed and coerced into falsely implicating Dino Morea, Arjun Rampal and Ranbir Kapoor in the present proceedings despite me repeatedly stating that I do not know the said persons and have no knowledge of such allegations.”

We wait to find out whether the interrogation of actor Arjun Rampal’s reveals more in the ongoing investigation.

Ayesha is an English graduate with an aesthetic eye. Her fascination lies in sports, fashion and beauty. Also, she does not shy away from controversial subjects. Her motto is: “no two days are the same, that is what makes life worth living.”
Milind Soman charged over Nude Photo on Goa Beach
Mallika Sherawat’s 2009 Tweet about Kamala Harris goes Viral