Model and actor Milind Soman has been charged by the police after he posted a nude picture of himself running along the beach in Goa.

“He has used Goa for cheap publicity"

Indian model and actor Milind Soman has been charged by police for running naked across a beach in Goa and sharing a picture of himself doing the same on Instagram.

On Wednesday, 4 November 2020, Soman celebrated his 55th birthday by sharing the nude image with his followers.

In the image, Milind Soman is seen sprinting nude down the beach. The picture was taken by his wife Ankita Konwar.

“Happy birthday to me!”

The image attracted more than 150,000 likes and thousands of comments by his fans who praised his physique.

According to the political party, Soman had indulged in public obscenity as well as tainting Goa’s image.

The model was charged with sharing vulgar images online and public offensiveness on Friday, 6 November 2020.

Speaking to Bombay Times about the image, Soman’s wife Ankita Konwar, who captured the photo said it “sends out a very positive message on body positivity and being free and happy with who you are.

“I think anyone who accepts themselves for who they are has his incredible light and energy around them and people start liking their presence.”

The President of Goa Suraksha Manch, Sameer Khutwalker shared his delight of Soman being charged.

Speaking to The Indian Express about the same, he said:

“He has used Goa for cheap publicity and acted foolishly on a public beach.

“When these things become public, people will imagine that ‘anything is possible in Goa’. When will all this stop?”

This is not the first time Milind Soman has been charged under acts of obscenity.

In 1995, Milind Soman posed naked with model Madhu Sapre in an advertising campaign.

The 25-year-old image shows the pair posing with a python wrapped around them and only a pair of shoes.

“Keep seeing this pop up on my timelines every once in a while its 25 years old, at that time no social media no internet either I think!

“Wonder what the reaction would have been if it had been released today. #flashback #timelapse.” 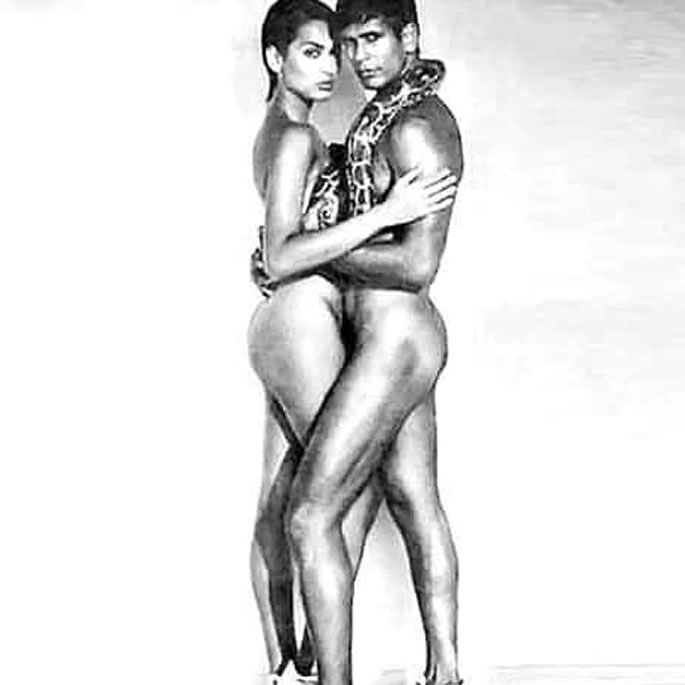 As of yet, Milind Soman has not commented on the charges he faces over his nude beach photo.

Ayesha is an English graduate with an aesthetic eye. Her fascination lies in sports, fashion and beauty. Also, she does not shy away from controversial subjects. Her motto is: “no two days are the same, that is what makes life worth living.”
Arnab Goswami says His Life is Under Threat in Jail
Arjun Rampal summoned by NCB after Raid on His Residence