The selfie has both Sushant and Aamir smiling charmingly

The perfectionist Khan of Bollywood, Aamir, may soon create a fashion trend among his male fans in the facial piercing department as the Thugs of Hindostan actor has been captured in a picture sporting a nose stud.

The versatile and exceptional leading man of Bollywood, Aamir Khan, surprises and excites moviegoers each time he comes up with a new release.

It is known widely how the 52-year-old prepares himself thoroughly for every role he plays on the big screen.

Aamir’s sheer dedication and passion towards the craft of acting, makes him want to appear every bit true to the character he essays in a narrative. And for this very reason the brilliant actor brings about transformations of various kinds in his appearance.

During his initial years in Bollywood, the Qayamat Se Qayamat Tak star played the romantic hero in most of his films owing to his chocolate boy looks. We can’t help but agree that he indeed stole many hearts and came across as a promising actor. That, however, is history.

Today decades later, Aamir Khan, we can easily claim has won millions of hearts worldwide. His blockbuster movies depict performances that are always appreciated by Bollywood lovers and critics alike. Notably, some of B-Town’s biggest blockbusters belong to him, Dangal, being the recent film of them all. 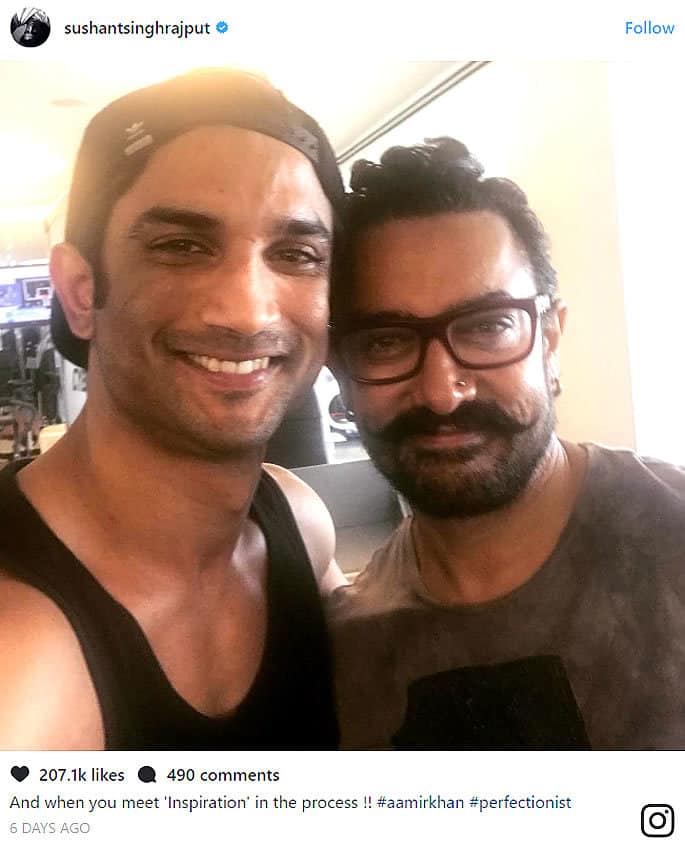 Coming back to the topic we were discussing, the photograph of Bollywood’s Rangeela, boldly showing off his nose stud has been shared by another Bollywood actor Sushanth Singh Rajput on his official Instagram account a few days ago.

The selfie has both Sushant and Aamir smiling charmingly.

The image has been creating quite a buzz as media reports are emerging daily lauding the confidence with which the popular and influential hero who is hailed as the Khan of Khans in Bollywood is showing off his nose stud.

Incidentally, Aamir Khan is the very first in his league of male stars to get his nose pierced. 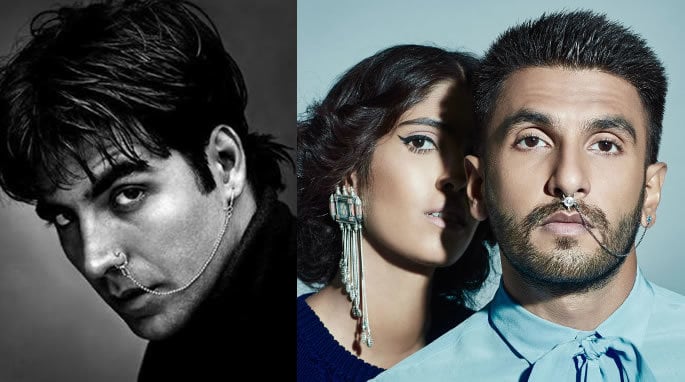 Previously, some other male Bollywood actors have showcased this daring piece and jewellery on them. While Akshay Kumar and Ayushmann Khurrana opted to display conventional form of nose rings Ranveer Singh chose a distinctive septum ring instead.

Speaking about Aamir Khan, apart from a nose stud he is also flaunting a moustache and beard in the particular selfie that has caught everyone’s attention. Is this Aamir’s new look for Thugs of Hindostan? We don’t know yet.

All in all, Aamir Khan, has definitely managed to get us thinking about his offbeat impression.

Keep watching this space for more news on Aamir Khan and his Thugs of Hindostan.

Mariya is a cheerful person. She is very passionate about fashion and writing. She also enjoys listening to music and dancing. Her motto in life is, "Spread happiness."
Deepika says “it is racist of them” to Mistake her for Priyanka Chopra
Priyanka Chopra to make film on Romance of Rabindranath Tagore