Just over a year since her divorce with Hrithik Roshan, Sussanne Khan is reportedly getting hitched with Hrithik’s close friend, Arjun Rampal.

“My daughter is not getting married. There is no man in her life.”

Hrithik Roshan’s ex-wife, Sussanne Khan, is rumoured to be tying the knot with his close friend, Arjun Rampal.

When the couple ended their 14-year-long marriage in December 2013, speculation ran rife that Arjun caused their break-up.

As the rumour recently resurfaces, the new development is that Sussanne will be marrying Arjun, who is currently married to Mehr Jessia.

Sussanne and Hrithik’s divorce was finalised just over a year ago in May 2014.

Her mother, Zarine Khan, is quick to defend her daughter and clarifies the 36-year-old mother of two is not dating anyone. 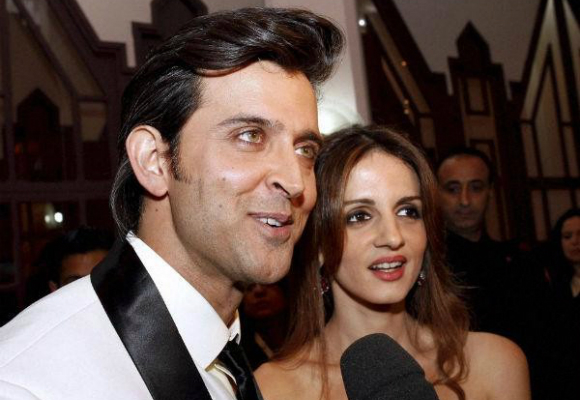 She says: “There is not [a lot] of truth in this news, my daughter is not getting married. There is no man in her life.

“We don’t know, who, time and again keeps spreading these rumours. We are in a very sad state wherein we can’t say yes or no.

“When we try to say something, something more gets splashed all over. Now we just want to keep quiet.” 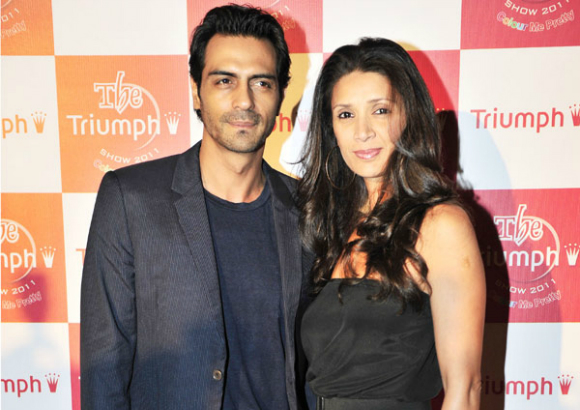 Zarine also says that her daughter is more than content with being a single mother and the family is on good terms with Hrithik.

She adds: “Sussanne is working very hard. She is happy with her life. She is bringing up her two kids single-handedly.

“We are all very compatible. We meet up. After all Hrithik is the father of my grandchildren.”

As for Arjun, there have been whispers of him splitting up with Mehr, with popular claims that Sussanne is the third wheel in their marriage.

The only response he has given so far is a little cryptic, fuelling even more wild rumours:

It has been widely reported in August 2015 that the couple has already filed for divorce separately.

Scarlett is an avid writer and pianist. Originally from Hong Kong, egg tart is her cure for homesickness. She loves music and film, enjoys travelling and watching sports. Her motto is “Take a leap, chase your dream, eat more cream.”
Beauty, Marriage and Desi Rascals by Yasmin
No Makeup for Deepika in Bajirao Mastani?