The hacker can hide in cars, behind cover or in plain sight

Released in November 2016, Watch Dogs 2 is the ultimate hacker game, that allows you to hack into any electronic device and take control of the city.

Set in San Francisco you play as Marcus Holloway, a young experienced hacker with free running and combat skills.

At the start of the game, Marcus joins up with a group of hackers known as DedSec.

Their main objective is to gain popularity while also trying to uncover the shady companies and individuals who benefit from taking advantage of the city’s population. 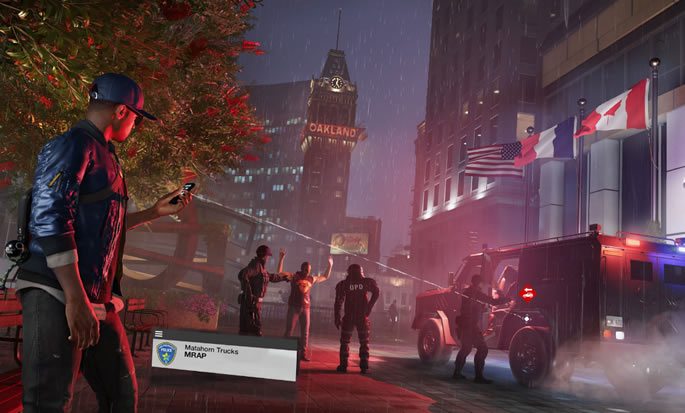 While exploring the well-realised city of San Francisco you’ll be finding collectables, competing in races and completing missions.

The gameplay centres around Marcus’s hacking abilities. These are vast and can lead to some interesting situations.

Electronics can be blown up to neutralise or distract guards, cars can be manipulated to steer off-road, traffic lights can be hacked to allow for cars to block any pursuers you may have and whole city blocks can be shut down.

Using these abilities while also trying to sneak in and out of restricted areas is fun and when pulled off well is also incredibly rewarding.

Full on gun combat is also available, but due to Marcus only being able to take a few bullets before death, it’s advised that this is only used to get out of sticky situations.

A minor gripe with this is that it’s incredibly easy to be seen and for your nice clean stealth run to be ruined.

When an enemy starts to notice you an arrow points to where they are and indicates how long until they notice you.

This has been used in many games before and in general is a good system but in Watch Dogs 2 Marcus is noticed way too quickly. 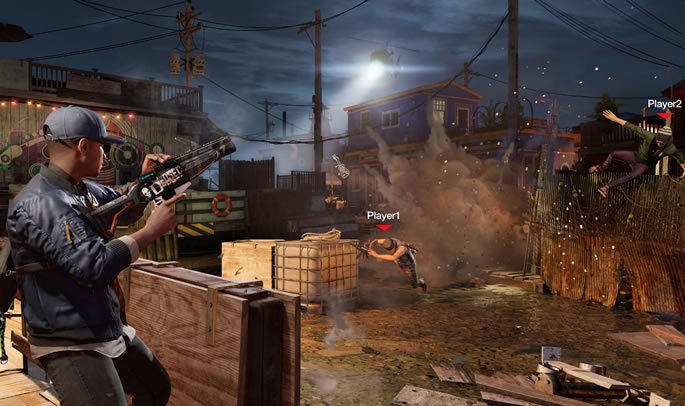 The original Watch Dogs was criticised for being overly serious and having a bland lead protagonist.

Ubisoft obviously heard these criticisms as the sequel has an overall fun tone and an interesting group of interesting characters. The visuals on PS4 were pretty good. Nothing mind blowing but this is too be expected with a game of this scale.

The games selection of licensed music can be listened to on foot and in vehicles and includes a huge variety of tracks. Whatever your tastes are rap, rock, heavy metal, pop or classical. There’s something here for everyone.

There’s also an original score during certain missions which is interesting but subtle and can sometimes be outshone by the licensed music which can be played instead.

The game’s multiplayer component is unique in that it is integrated into the single player open-world.

From time to time, you may get a notification that informs you that someone is hacking you. Now, you have limited time to find this player and stop them before they finish their objective. 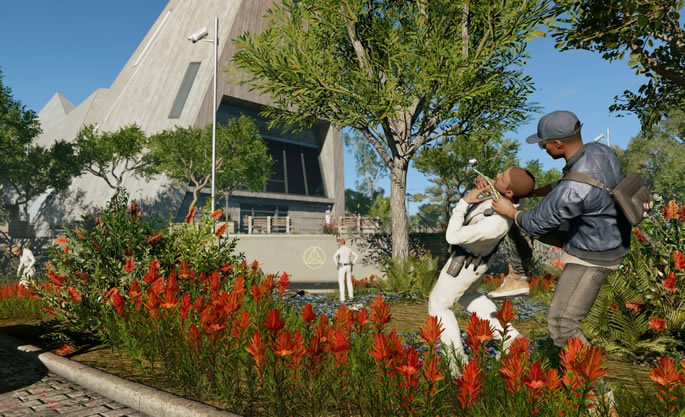 The hacker can hide in cars, behind cover or in plain sight and can be tricky to spot. This happens randomly while you’re exploring the city and requires no loading screens, making it impressively seamless.

While we enjoyed this element of the game, it can be turned off if it doesn’t sound like your sort of thing.

The game also supports a more typical co-op mode which has its own missions and objectives, which can be completed with friends or strangers online.

While the game’s writing can be cheesy at times, the game’s cast of characters grow on you and become increasingly charming and witty the more you play.

While the stealth elements of the game could be improved, there no denying that the game is fun to play.

This, along with the game’s slick presentation, great music selection and enjoyable side activities, results in one of the best games of the year.