Google is getting everyone in the festive spirit with their new Santa Tracker. The countdown to Christmas has started with a new game to enjoy every day.

If you’re not feeling Christmassy yet, Google’s Santa Tracker is guaranteed to get into the festive spirit

The countdown to Christmas has started and Google is getting everyone in the festive spirit with their new Santa tracker.

Available on Android apps and Google play, explore the North Pole full of addictive and educational games and videos.

Google also has the countdown to Santa’s sleigh taking off.

Google launched their annual Santa Tracker at the beginning of December.

Each day, players will have the chance to practice some basic coding skills, refresh their geography knowledge and learn a new language.

Why is the Santa Tracker good?

In its very own advent calendar, a new game is added each day. The games are varied so you never get bored. Each level you pass the difficulty increases. So, it’s not just for kids!

You can practice your coding with dancing elves in Code Boogie and solve numerous puzzles. These Christmas themed games will definitely get you excited for the festive season.

As well as games, you can also learn new things. One of the Santa Tracker features includes a translation game. You can learn Christmas sayings in different languages.

To play the dancing game with elves, you just need a keyboard. Who needs an Xbox? 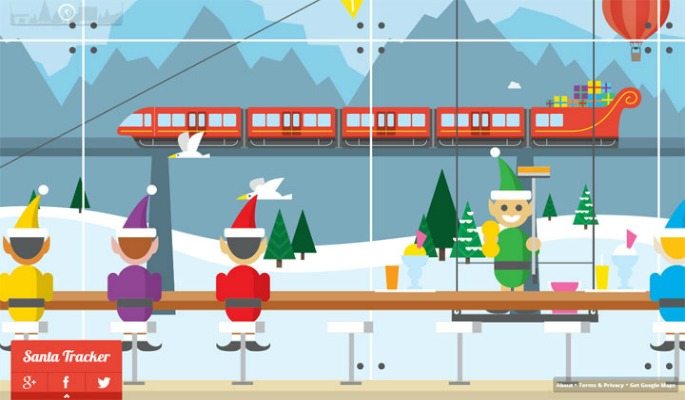 Another game, called Present Bounce, makes you become one of Santa’s elves in a series of mind stimulating puzzles. Each level gets increasingly harder. It’s more addictive than Angry Birds!

Another game is set in the North Pole airport. Just like being in Santa’s workshop, you can get an insight into working and living at the North Pole.

As well as addictive games for all the family to play along with, the site also includes hilariously fun videos that kids will love. Such as seeing Santa work out on a treadmill in order to fit down the chimney.

Google’s Christmas site is easy to navigate around.  They will keep players occupied for hours and compelled as the difficulty level increases as you pass each challenge. 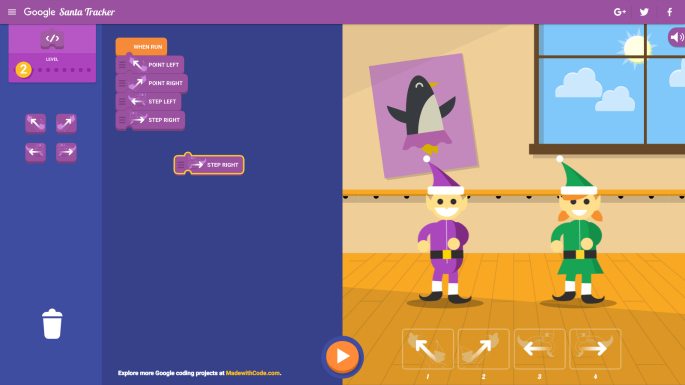 Is there anything bad?

Google’s games may be visually colourful and festive, but they do lack instructions. You will often find yourself guessing how to play a game through trial and error. But once you’ve eventually got the hang of it, it’s fun to play.

For kids especially, more guidance and instructions are definitely needed to prevent them from getting bored or frustrated.

As you go further into December, you will have more variety of games to choose from. At the moment, the choice is limited.

One game features Santa at the barbers, but it didn’t seem to work at first. The mouse is supposed to be the razor, scissors and blow-dryer. 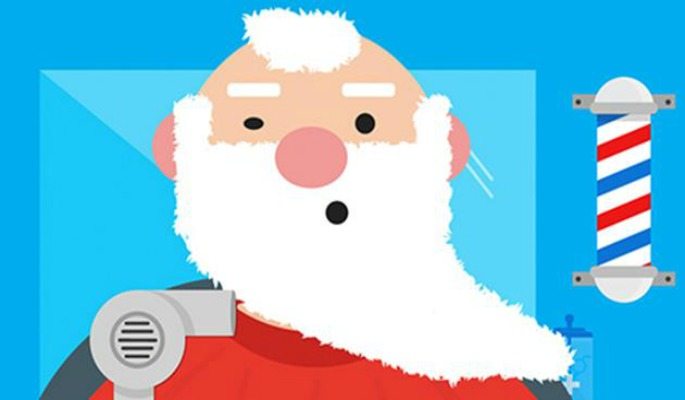 The concept itself may sound like an amusing game, but it may also be a bit daunting for children who imagine a jolly Santa with a nice long white beard.

Overall players are getting excited for Christmas. The interactive site is fun for all ages, and for all family and friends to play along together.

On December 24th, the Tracker itself will go live and you can follow Santa’s gift-giving journey in real time!

If you’re not feeling Christmassy yet, head over to Google’s Santa Tracker. It’s guaranteed to get you into the festive spirit!