The ‘Fart Tracker’ can Improve your Diet

A US graduate student is enlisting the public’s help to turn his ‘fart tracker’ prototype into a real product. Wearable technology has never been ‘sexier’!

“I really believe that CH4 is a solution to an everyday problem that nobody speaks about.”

With the arrival of the Apple Watch, wearable technology has never been more trendy.

It is the perfect marriage between function and fashion – well, until you meet CH4, the ‘fart tracker’.

The device works with a mobile app also called CH4, which requires users to keep track of their food intake.

By wearing it on your belt or back pocket, CH4 can detect and analyse your daily ‘winds’ to identify which foods trigger them.

The idea is that you will eventually be able to hunt down the culprit responsible for those embarrassing outbursts, and adjust your diet accordingly.

It is no secret some of the most popular foods among Desis, such as chillies and curries, are the usual suspects for the sometimes less-than-pleasing odour.

But Desis cannot be blamed for all the toxic gas in the room, as baked beans are also known to induce detrimental effect on farts.

Now with CH4, you can actually pinpoint which type of food in your meals are ushering your public displays of minor digestive problems. 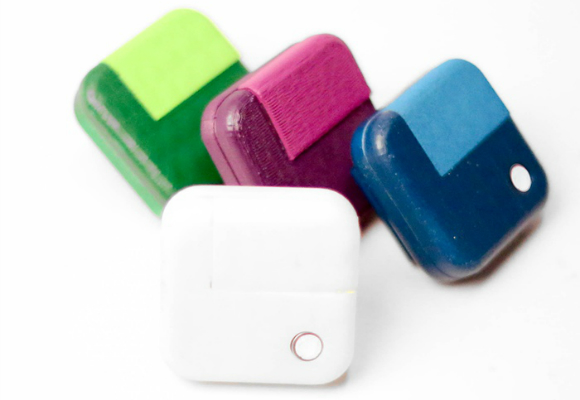 The ‘fart tracker’ is created by Rodrigo Narciso, a recent graduate of the Interactive Telecommunications Program at New York University.

He said: “I really believe that CH4 is a solution to an everyday problem that nobody speaks about.

“We have been working for a few months on the first prototype, but now we need to improve it.”

We are all for staying healthy and controlling our ‘natural’ gas.

But while jogging with a fitness wristband says ‘I’m cool’, wearing a fart tracker right above your behind perhaps gives off an undesired impression.

A more discrete design, anyone?

Scarlett is an avid writer and pianist. Originally from Hong Kong, egg tart is her cure for homesickness. She loves music and film, enjoys travelling and watching sports. Her motto is “Take a leap, chase your dream, eat more cream.”
A Bright Future for Microsoft at Build 2015?
Motorola Moto G 4G ~ Best Budget Mobile