Motorola’s latest addition to its Moto G series, the Moto G 4G, has a lot to live up to with previous models acclaimed as being the best value phones around.

The Moto G 4G looks and feels just like its predecessor, the Moto G2.

So what key differences can we find in this 4th generation model? And do they justify an upgrade?

Overall, much of the specifications remain the same as the G2 including the solid build, 8MP camera, and beautiful 5″ 720p HD Gorilla Glass screen. 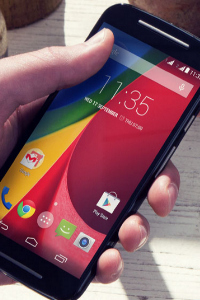 Connectivity ~ The Moto G 4G reprises 4G LTE which for some bizarre reason was left out in the G2.

Flash light ~ Lollipop also makes full use of the Moto’s LED flashlight, with an on/off toggle option within the notification bar.

Price ~ at £159 sim-free directly from Motorola, this phone remains value for money in line with the Moto G range. With the 3G version of this phone only £10 cheaper, the 4G version is a no-brainer.

The Not So Good: 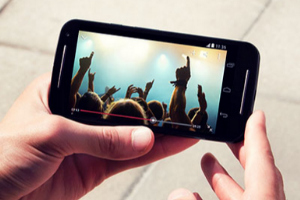 Processor ~ There is a slight lag compared to previous models but it is still impressive.

Dual sim functionality has been omitted which may frustrate some consumers, who are accustomed to separating business from pleasure.

Storage ~ A very poorly packed 8GB storage with an extra 32GB possible through micro SD. A little more physical storage would have been nice.

Motorola’s Moto E also has 4G connectivity and is £60 cheaper. It boasts a faster processor and specifications almost match the Moto G 4G. Potential upgraders should also consider the Moto E before purchasing.

The Moto G 4G may not warrant an upgrade from the G2 or Moto E, but there is no doubt it is the best budget phone of 2015.

Bipin enjoys cinema, documentaries and current affairs. He writes silly rhyming poetry when free, loving the dynamics of being the only male in the household with his wife and two young daughters: “Start with the dream, not the barriers to fulfilling it.”
The ‘Fart Tracker’ can Improve your Diet
How to Set Up iPhone Location-Based Reminders