With the increasing popularity of mobile games, some smartphones provide a better gaming experience than others. We look at some of the best to buy.

A sleek and modern look holds all of the technical specs

The popularity of mobile games has seen an increase in smartphones that will enhance the overall gaming experience.

Games such as PlayerUnknown’s Battlegrounds (PUBG) are one of the reasons why smartphone manufacturers are making the most of the trend with their approach to gaming smartphones.

While the majority of devices are good for playing games, however, certain phones enhance the overall gaming experience.

There are some incredible games on mobile which is why gaming smartphones target a niche audience.

It can also prove to be a very profitable market in some countries. Countries like India play games on their mobile because gaming consoles are too expensive.

One of the country’s most popular games in PUBG, but with the graphics, a high-quality device is needed to bring out the full potential of games.

Devices with vivid displays and long battery life are some of the factors. Processing speed is another as you do not want to play a game that keeps on freezing.

The best mobile gaming devices do not just play the best games without a problem, they also maintain efficient performance for years to come.

We look at some of the best mobile phones for gaming in more detail. 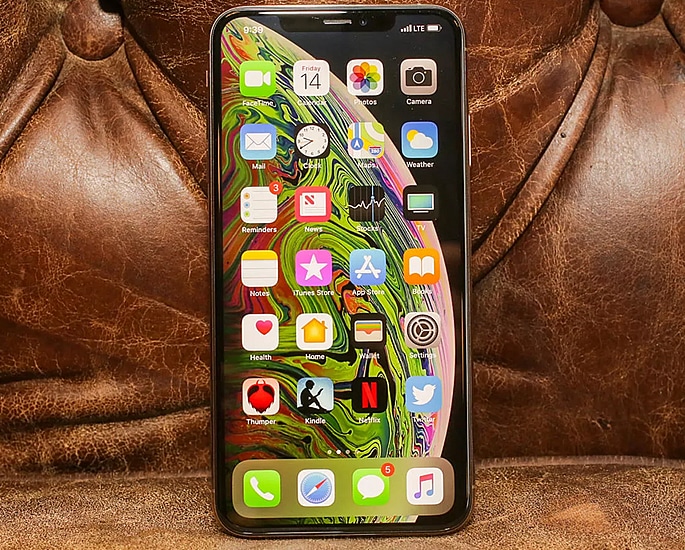 The iPhone is one of the most popular phones and is ideal for playing games on, however, the best one to go for is the XS Max.

The 6.5-inch Super AMOLED screen is the biggest ever on an iPhone and supports HDR playback for a better viewing experience.

While you can go for the regular XS, it is the battery capacity which sets them apart. The XS Max is able to go for almost one hour longer.

The fact that the XS Max is powered by the A12 Bionic processor is why it makes for a great gaming phone. Compared to the older Apple processor, it is 40% more efficient and 50% more powerful.

This is important for gaming enthusiasts, especially when playing online. Games like Clash Royale and Asphalt 9 can be played with ease.

A sleek and modern look holds all of the technical specs, however, the XS Max is the most expensive phone on the market starting from £1,099.

It is expensive but it is one of the best phones to buy for smooth gameplay. 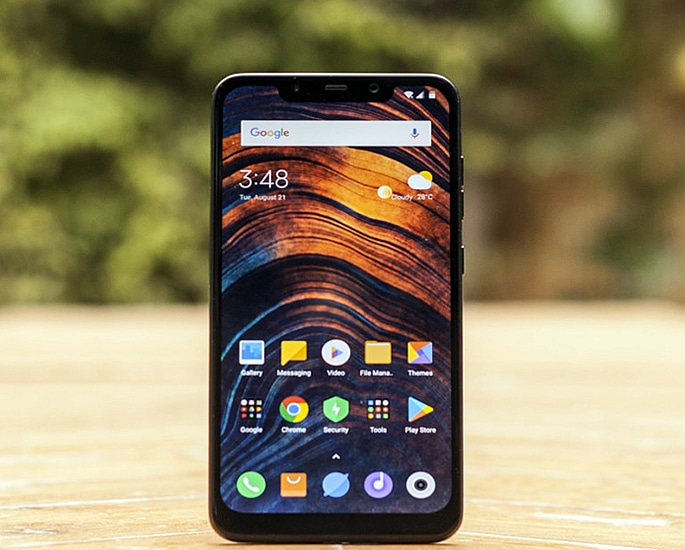 Since it was launched in 2018, the POCO F1 is the most talked about budget phone in the world.

Costing around £220, it is one of the cheapest smartphones around. It is also good quality as it doesn’t just offer powerful software features but it also has a good screen for gaming.

It has a 6.18-inch screen which makes for a big and bright display. The POCO F1 also has a choice when it comes to storage.

Either 64GB or 128GB, they both have a lot of storage which allows gamers to store dozens of their favourite games.

One unique feature is the inclusion of a vapour-cooling chamber inside. It allows the phone to keep on going even when tasked with graphics-intensive titles.

Games maintain their smooth flow with this technology, referred to as ‘LiquidCool’ by Xiaomi. It uses copper pipes which are looped around the inside of the phone.

The unique but beneficial technology makes this phone perfect for gaming especially when the price is considered. 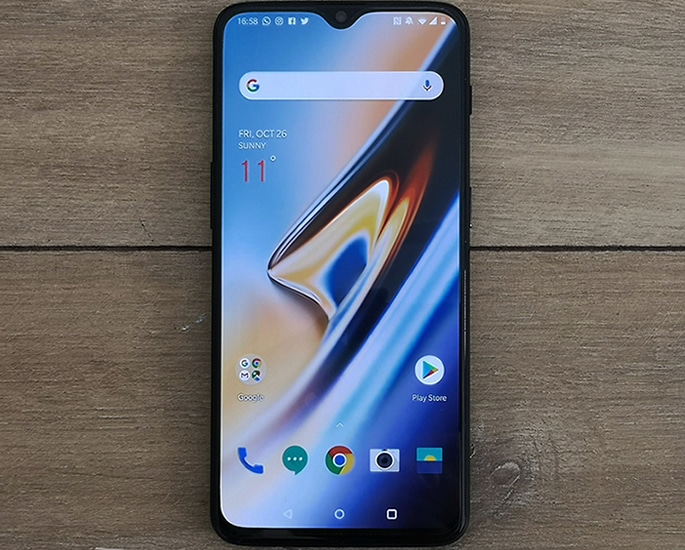 The OnePlus 6T is one of the best gaming smartphones as seen in India due to its crisp display and processing speed when playing a game.

It is one of the fastest Android phones available on the market. Even though there are Android phones which offer a better experience, the 6T is much faster.

It has storage options of either 128GB and 256GB as well as different choices of RAM meaning that if you want faster processing speed, it is possible.

Games played on the OnePlus 6T run smoothly and quickly without any drop in frame rate.

The combination of HDR graphics and Ultra frame rate settings allows for games like PUBG to run without any issues.

For those who want long battery life, quality processing power and state-of-the features such as the on-screen fingerprint scanner, the OnePlus 6T is a great choice to go for. 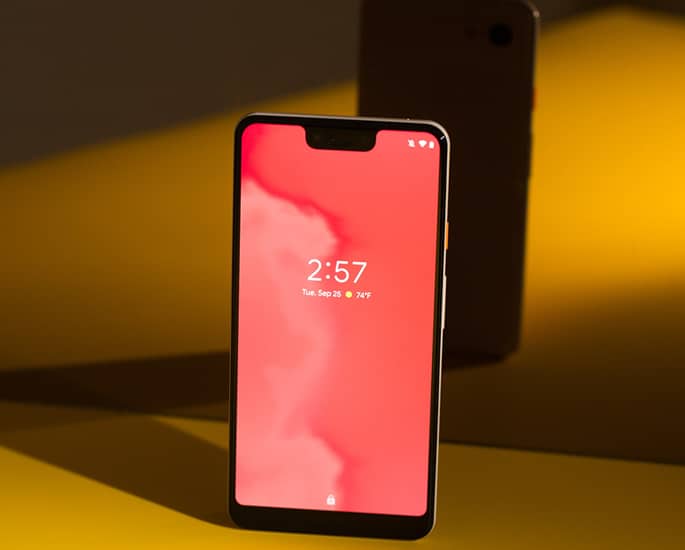 The Pixel 3 XL is Google’s biggest smartphone and it is also a phone which is well suited for gaming.

It has a 6.3-inch pOLED screen which offers a wide display. It is ideal for gaming as it prevents your thumbs from covering everything up.

The visual detail is extremely crisp thanks to a display resolution of 2960 x 1140 pixels. Every detail of the graphics is captured with this phone.

The Pixel 3 XL runs a Snapdragon 845 chipset which is what many other phones use. It is responsible for delivering smooth gameplay.

This phone goes one step further in terms of gameplay as Virtual Reality (VR) content can be played with the Daydream View headset.

VR games along with a powerful phone make for an immersive gaming experience. 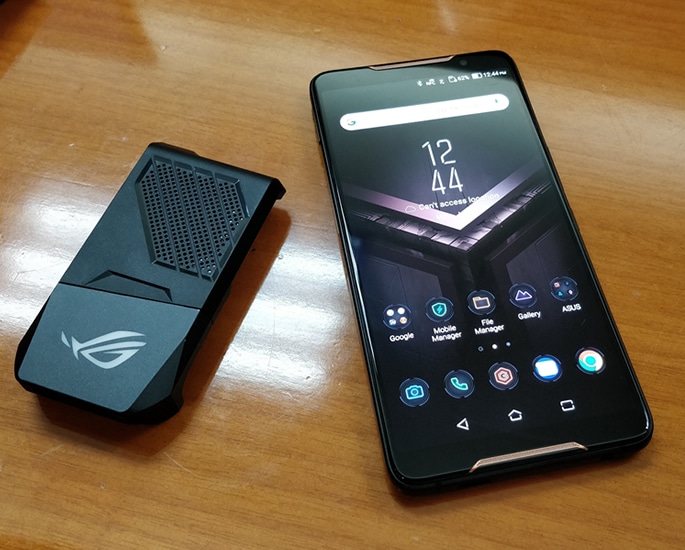 The Asus ROG may go under the radar but it is one of the most powerful phones to buy for gaming. It is actually the first phone specifically targeted for gamers.

The computer specialists created a phone with plenty of extra features to convince gaming enthusiasts.

It has a Snapdragon 845 chipset, a screen with a refresh rate of 90hz and 4,000 mAh battery. All of these come together to create a strong performing phone.

The Asus ROG also has a number of features that are perfect for gamers. It has touch-sensitive buttons on the top corners of the phone.

This is a cool and unique way to play especially because it is a feature that other phones do not have.

It also has a cooling system which is made of a carbon cooling pad and 3D vapour chamber for improved CPU cooling.

Users can buy accessories that are specifically for gaming like the Nintendo Switch-styled controllers to enhance their gaming experience.

The features are specifically suited for gaming meaning that the Asus ROG is perfect for serious gamers. 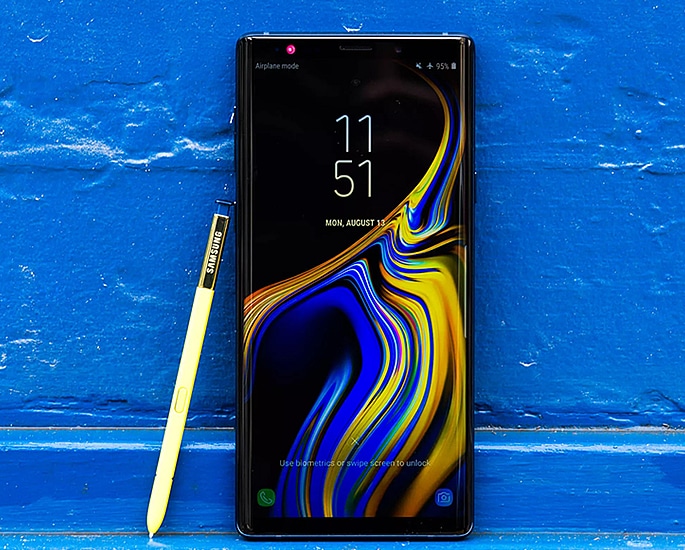 The Samsung Galaxy Note 9 is one of the best Android phones on the current market and its features are ideal for smooth and high-resolution gameplay.

Its 6.4-inch display has a high resolution which means it has one of the biggest and brightest displays on a phone in the current market.

Its software helps too. The fast processing speed means that you will have an advantage in online gameplay.

In games like Fortnite, there will be more frames per second and the screen appears clearer.

All of this technology is packed into a sophisticated device which looks visually appealing.

Compared to other phones, the Note 9 does not have the fancy software that is ideal for gaming but its large display and frame rate is more than enough. 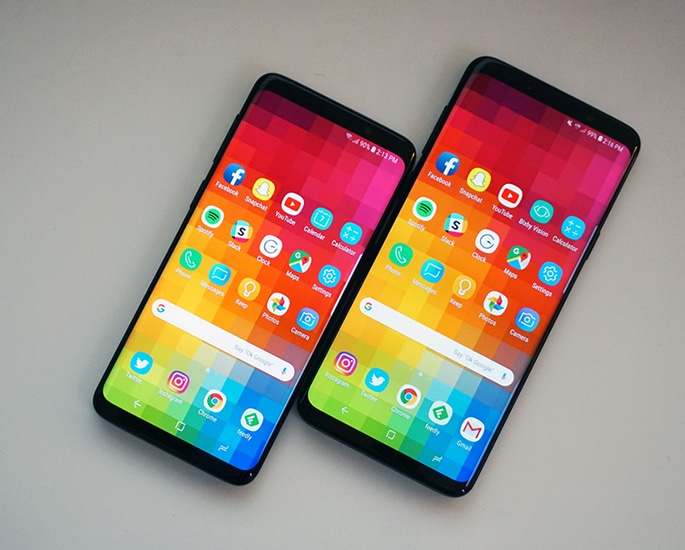 Both the Samsung Galaxy S9 and S9 Plus are incredible when it comes to gaming, the only difference is screen size.

They both have top-end specifications in terms of overall performance. The software allows high performance both in a game and out.

Apart from the software, both phones have a large display and are all about the stunning visuals. The Galaxy S9 has a Super AMOLED screen which supports HDR10.

It also has a number of features that are devoted to mobile gaming.

The main feature is Game Tools, which helps you take screenshots and recording gameplay. It even prevents notifications from disturbing you.

Like the Google Pixel 3 XL, the S9 has also moved into VR gaming. The Gear VR headset is compatible with the S9 and it offers crisp virtual reality experiences with the phone’s pixel-dense displays.

Both phones are great for gaming, only screen size separates the two.

These smartphones all feature the high-end technology needed for mobile games to run smoothly.

The manufacturers have focused their efforts on processing power and screen resolution when designing the phone in order for a great gaming experience.

All are stylish but all are at different price points. It is down to personal preference when it comes to choosing a phone for gaming but these are some of the best.

Dhiren is a journalism graduate with a passion for gaming, watching films and sports. He also enjoys cooking from time to time. His motto is to “Live life one day at a time.”
Sham Idrees’ Wife Froggy ‘punched in face’ by Karachi Mob
Crash Team Racing Nitro-Fueled: A Lap of Nostalgia