10 Most Popular Mobile Games in India

Mobile gaming in India has become very mainstream recently. This gives an opportunity to look at the 10 most popular mobile games in India.

The game boasts an astounding visual experience with its realistic effects and HD map.

The Indian mobile games industry is growing at a rapid rate. It is one of the top five countries for mobile gaming in the world.

A surge in mobile gaming is due to increased access to smartphones and the simplicity of obtaining a mobile game. One can download a gaming app to their phone at the tap of a screen.

Most Indian mobile gamers have Android phones because Apple phones are too expensive, therefore a lot of Android games are downloaded.

Let’s take a look at 10 of the most popular mobile games in India and their features. 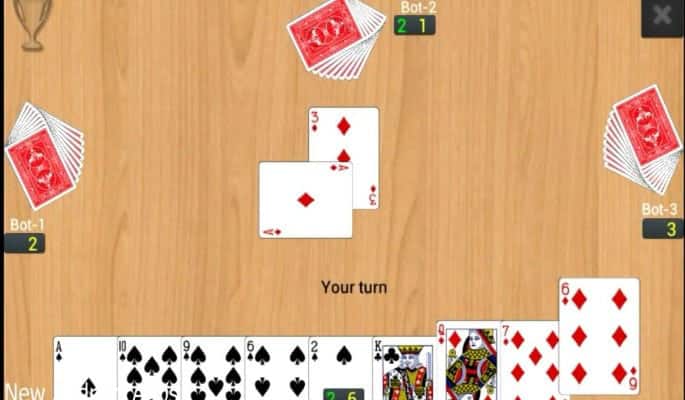 A trick-taking card game played between four players. The objective is to win each round by playing the highest card possible in the dealer’s chosen suit.

All four players bid a number of tricks that they must win to get a positive score. Incorrect bids result in a negative score.

Each game contains five rounds and points are added up for the first four rounds. Players set themselves a goal for the final round. The winner and runner-up are announced when the game finishes.

The winner is determined by the player who has obtained the highest number of points.

The multiplayer features are a major reason why Callbreak Multiplayer is one of the most popular mobile games in India. Multiplayer enables users to play against random online players and Facebook friends when the game is linked to a Facebook account.

Callbreak Multiplayer achieved a rating of 4.4, based on 123,000 votes and is free on the Google Play Store. 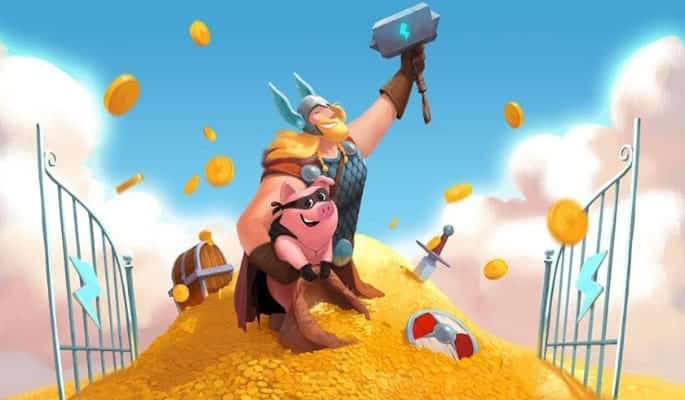 Millions of players around the world battle against each other to build the best Viking empire possible.

A strategy game where coins are earned in different ways to build strong villages and progress through levels.

Playing against many different players is why many users enjoy the game. The ability to trade cards with the online community increases popularity.

Interacting with other players is why the game is extremely popular in India, which is why it is in the top 10.

Arijit Dutta said: “Coin Master is the first game that has attained my interest for so long.”

“The game makes one strategise every time one plays and the best part is one cannot play the game all the time as it takes 10 hours to get the full slot of 50 spins.”

Coin Master has an average rating of 4.5 from 618,000 reviews. It is free to download but does include in-app purchases. 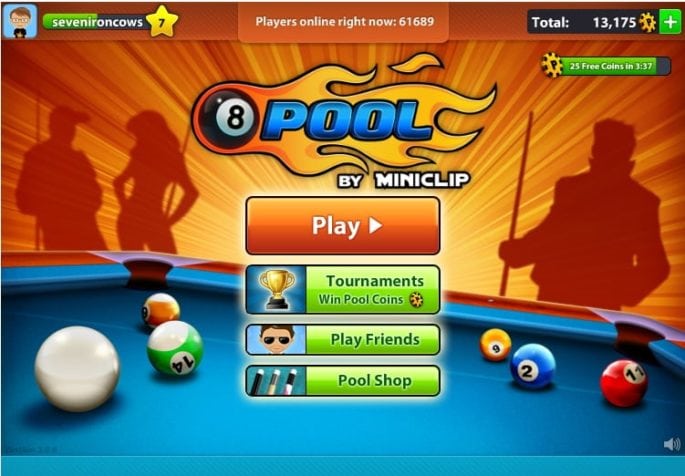 The number one pool game in the world can be played against friends and against random players from around the world.

Every game has a stake and in-game coins are wagered against your opponent. Win a game and all the coins are yours.

8 Ball Pool has a level system which allows higher ranked players to play against similar ability opponents for greater stakes.

Online gameplay has made 8 Ball Pool one of the world’s most popular mobile games. The ability to play against someone from anywhere in the world is why it is popular among mobile gamers.

Linking your Facebook account allows players to challenge their friends if playing against random players is not appealing to them.

People who are not big gamers enjoy playing 8 Ball Pool because it keeps users entertained for a long time. This has helped make 8 Ball Pool one of the top 10 most popular mobile games in India.

Amit Kumar said: “The game is fun, challenging and will keep you entertained for a long time.”

8 Ball Pool has an average rating of 4.5 from 14 million reviews. 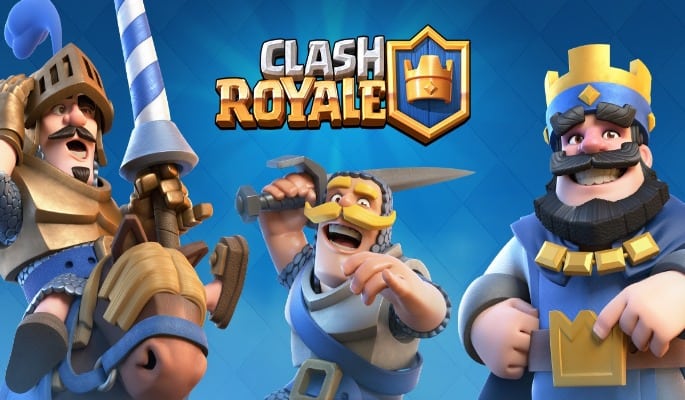 A real-time multiplayer game from the makers of Clash of Clans. Collecting and upgrading dozens of cards to defeat enemies is the main objective.

A network connection is required to play the game as you duel players from around the world in real time.

Building and upgrading your card collection while defeating opponents help with progress in the game.

Players interact with friends to form a clan. A clan can share cards and build their own battle community. Clan members are able to challenge each other to private duels.

Real-time strategy and interactivity between friends have made Clash Royale one of the most well-received games in India.

Arvind Saastha said: “It took me close to one year to get to the legendary arena, but it was worth it. It is an excellent strategy based game.”

Clash Royale has an average rating of 4.6 from 23 million reviews. 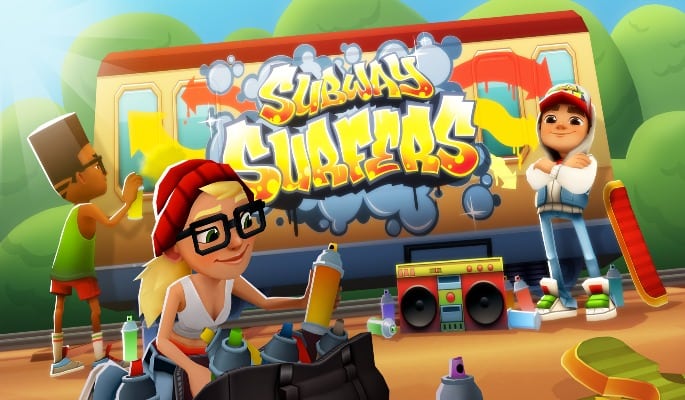 A fast-paced game where the objective is to collect as many coins as possible all while avoiding oncoming trains.

This addictive game keeps players entertained for a long time as they try to beat their high score. The simple controls are what has made this game liked worldwide, let alone India.

“I really love this game and I am loving this new update in which we can double our rewards. Hats off to the makers of Subway Surfers.”

Subway Surfers has an average rating of 4.5 from 27 million reviews. 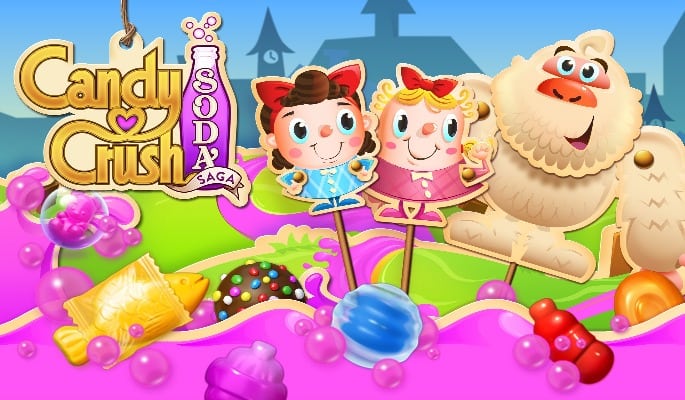 From the makers of Candy Crush Saga comes Candy Crush Soda Saga, which follows the same gameplay as the original.

This puzzle adventure sees Kimmy on her journey to find Tiffi by switching and matching your way through magical gameplay.

New combinations and challenging game modes are brimming with purple soda. There are over 140 unique levels which ensure continuous fun.

The success of Candy Crush Saga guaranteed that its sequel would also be one of the most popular mobile games in India.

Leaderboards are available to those that Facebook Connect so that friends can compare scores with each other.

Shad Muhammad praised the game and said: “This is the only game which I play daily. It is very addictive and the graphics are awesome.”

Candy Crush Soda Saga has an average rating of 4.4 from 6 million reviews. It establishes itself as one of the most popular mobile games in India. 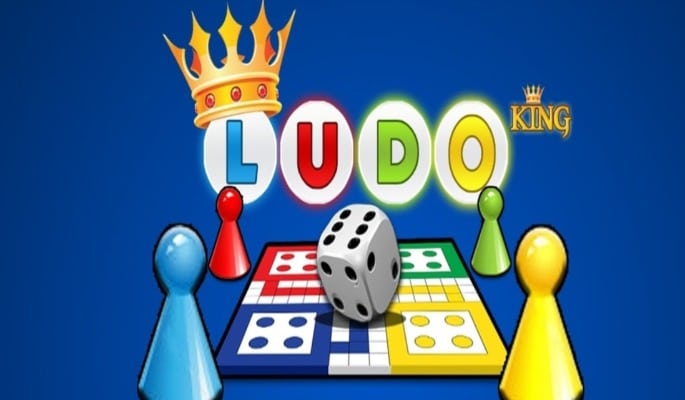 Based on the classic board game loved by many. Roll the Ludo dice and move your counters to make it to the centre of the board. Beat the other players to become the Ludo King.

The classic game is modernised for phones and there are a variety of ways to play. Play offline against the computer or against family members. Or go online and play against different players around the world to become the best.

Playing online gives the game a competitive edge to a fun revamp. Over 100 million worldwide downloads and with many coming from India. Ludo King shows that it is one of the most popular mobile games in India.

Adarsh Tiwari lauded the game saying: “It is a very interesting game. I feel very good after playing this game when I feel stressed.”

A rating of 4.4 from over 1.7 million reviews confirm that Ludo King is a very popular mobile game in India. 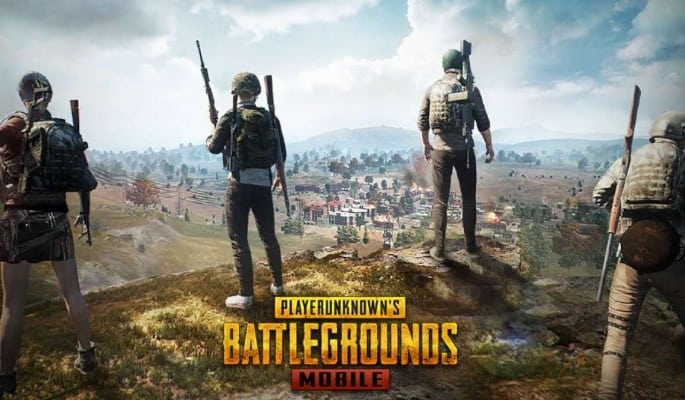 An online Battle Royale game where 100 players locate their own weapons and defeat each other in this winner takes all showdown. Gameplay takes place on a remote island that is shrinking, which forces players into a smaller play zone.

Battle Royale style games against many online opponents are globally enjoyed, both on mobile and console versions. Mobile formats are especially popular among players in Asia, due to the cost of consoles. PUBG mobile is currently the third most popular mobile game in India and it’s easy to see why.

PUBG player Soumyak Das said that he “Loved the concept and the graphics.”

PUBG only released earlier this year and already has a rating of 4.4 from 3.3 million reviews, so it can only become more mainstream. 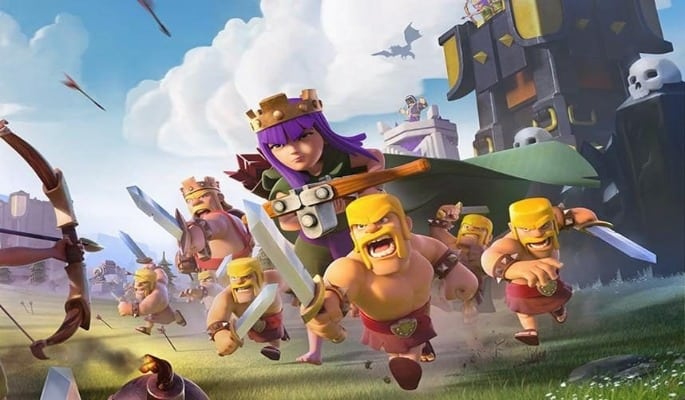 Currently the second most popular game in India. Millions of players build villages, raise clans and use them to battle against other clans.

A strategy game which requires you to defend your village from other players while upgrading your own clan. Competing online is the main feature of Clash of Clans, however, casual players can invite friends to play in friendly challenges which takes the competitive edge off.

Battling requires a tactical approach which has made the game such a joy for Indian gamers. Deepak Takekar said: “It improves your mind power and makes you think for new traps and attacks.”

Over 44.8 million players gave Clash of Clans an average rating of 4.6 which not only shows India’s appeal, but also a worldwide one. 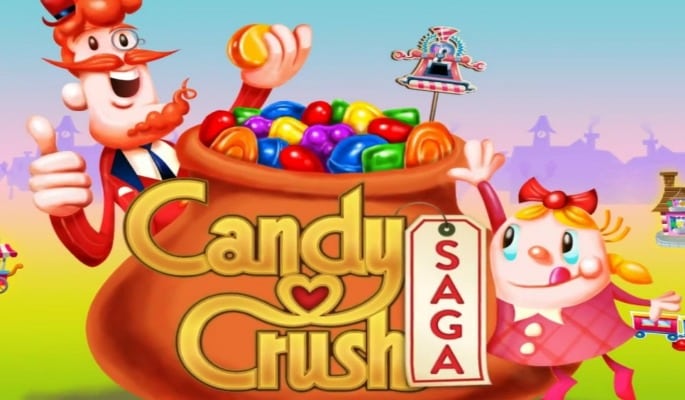 Thousands of levels and straightforward gameplay make Candy Crush Saga the most popular mobile game in India. Switching and pairing the sweets is the aim to progress through the levels of this wonderfully addictive game.

The number one game in India has a rating of 4.4 from 22.3 million reviews and establishes it as the most popular mobile game in India.

These mobile games are of different genres but all provide entertainment to mobile gamers in India. Gameplay and graphics are some of the factors which appeal.

There is no cost to download these games which is why they are so popular and smartphone users are able to access them.

Mobile games in India will continue to increase especially if games of this quality continue to be developed.

Why Samsung’s New Gaming Smartphone is Important
FIFA 19: What to Expect from the Upcoming Release