Most Expensive Smartphones you can Buy

Diamond studded iPhones exemplify man’s obsessive need to go big in all walks of life. Here are some of the most expensive Smartphones on the market.

For all their glitz and glamour, these devices age poorly.

Diamond studded iPhones and other expensive smartphones are but one of many examples of decadence in the technology sector.

A celebration of man’s dominion over the elements, the world’s most expensive smartphones favour style over substance and go for extraordinarily large sums of money.

An iPhone Fit for a King

Customisation of mobile phones had been extremely popular in the pre-smartphone era, especially in Japan. But even today we are seeing a rise in jazzed up smartphone casings.

The iPhone has a number of decadent, expensive custom models available for you to purchase. The Princess Plus has a shell encrusted in 17.5 carats of princess-cut diamonds, a white gold trim. 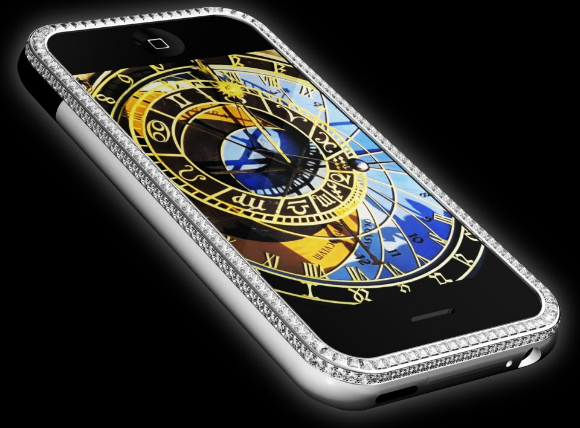 At $170,000 (£117,400), astonishingly, the Princess Plus is nowhere near the dizzying highs that benchmark the expensive smartphone market.

In 2013, craftsman Stuart Hughes was commissioned to make one of his custom gold iPhones, which he then incorporated a 26 carat black diamond into the design.

But with 600 white diamonds crafted into the edges, and the logo comprised of 53 diamonds, this specialist iPhone 5 costs $15 million (£10 million). 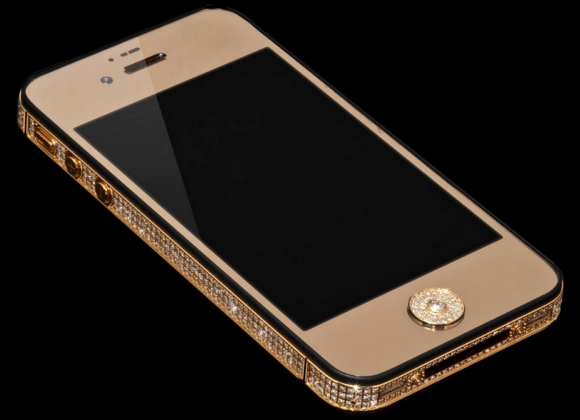 While custom iPhone craftsmen are building upon an established high end specification Smartphone, some companies have taken it upon themselves to build an entire device from scratch.

Fashion behemoth, Christian Dior, made the Dior Phone Touch, a hand-crafted Smartphone made out of high end materials, including sapphire crystal, steel, white gold, diamond and with a mother-of-pearl finish. 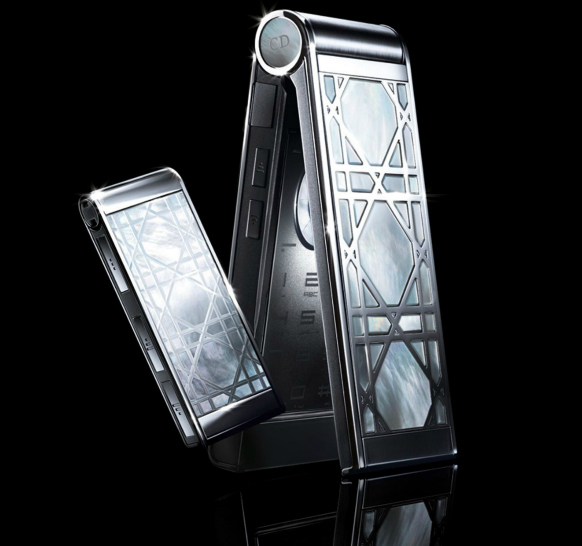 With a small batch of only 99 devices made, and a £78,000 price tag, one would naturally assume that the device itself was a high end technological marvel.

But with a 3.2” 850p screen, 5mp camera and 900 mAh battery highlight one of the major problems with expensive luxury Smartphones.

For all their glitz and glamour, these devices age poorly.

Mobiado Pioneer ~ A Fitting Tribute to Man Conquering the Stars

Gold, diamonds and other jewels are aesthetically pleasing and hardy materials that understandably up the cost of custom Smartphones.

But there are other materials that justify a high price point too.

Its design makes it feel like a prop from a gritty, dark sci-fi film, in the best possible way.

The back plate is etched with the same diagram of the solar system that was engraved on the early NASA Pioneer missions that the Smartphone is homage to. 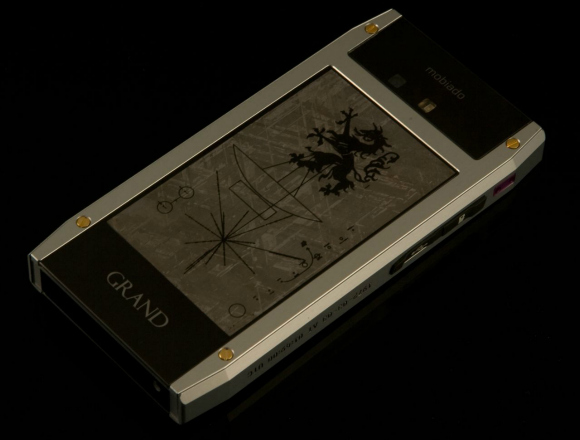 A physical QWERTY keyboard gives the device a kind of anachronistic look, but it has a level of functionality that was decent at the time, but will look laughable by 2016’s standards.

But the coolest part of this device is that its back cover is made from a meteorite; an actual meteorite.

A modern iteration of this design would go down well with the science community.

It’s not all diamonds and meteorites that dominate the luxury Smartphone world.

The Tonino Lamborghini 88 Tauri is a Smartphone from legendary sports car manufacturer, that retails for $6,000 (£4,000).

This may seem like nothing compared to the ridiculous prices of the other devices mentioned.

But you won’t find diamonds, sapphires or rubies in the 88 Tauri’s casing. No gold trim or intergalactic space metal backplate. 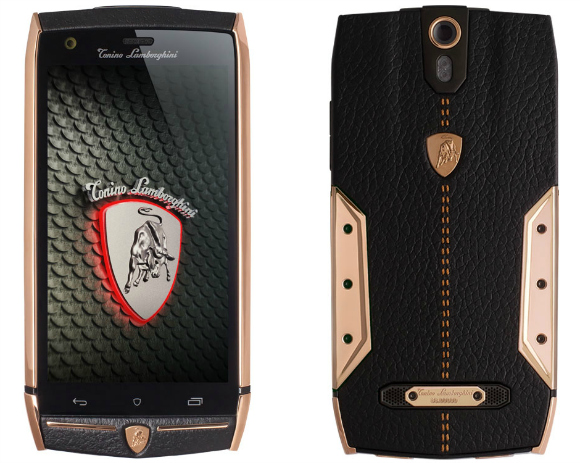 The 88 Tauri stands on its own merits as a high quality smartphone that boasts decent specifications.

It is packaged in a premium build quality that includes a sexy tailored leather back, akin to the LG G4 and a high mAh capacity battery.

Given the flagship specifications can be found in a much more affordable model, the major draw of this device is the build quality and the pedigree of its maker.

And honestly, if you can afford a Lamborghini, £4,000 is basically pocket change.

Every year artisans find any excuse to jazz up mobile phones to the extreme, and often favour expensive stones over outstanding build quality.

But these masterful bourgeois cadences highlight a positive turn for the industry as a whole. Smartphones are no longer bound to the high flyers and big money makers.

No longer a status symbol, smartphone’s ease of use and affordable price point have necessitated a shift towards the sublime and ridiculous.

And what does a 24 carat gold Smartphone really say about its owner?