What to Expect from Mobile Phones in 2020?

Smartphones continue to evolve in terms of technological developments and new features. Here is what to expect from mobile phones in 2020.

The device is capable of being folded open to expose a 7.3-inch tablet-sized display.

The mobile phones market seems to have hit a bit of a slump but it looks like we could be in for an exciting 2020 when it comes to smartphone innovation.

Currently, they have got faster and bigger, but it’s been hard to get excited as no actual new technology has been integrated. The only thing is that they are new.

The iPhone Xs may be a spectacular phone, but nothing revolutionary has been added to it. However, it is likely that it will have a completely new design and have new technology.

If we look to 2020 or 2021, what can we expect from the latest models released by Samsung, Apple or Huawei?

Some new innovations are bound to get smartphone users excited.

Things like foldable phones, 5G network and long battery life are just a few things that come to mind.

As we are beginning to see new things within phones in 2019, here is what to expect from 2020. 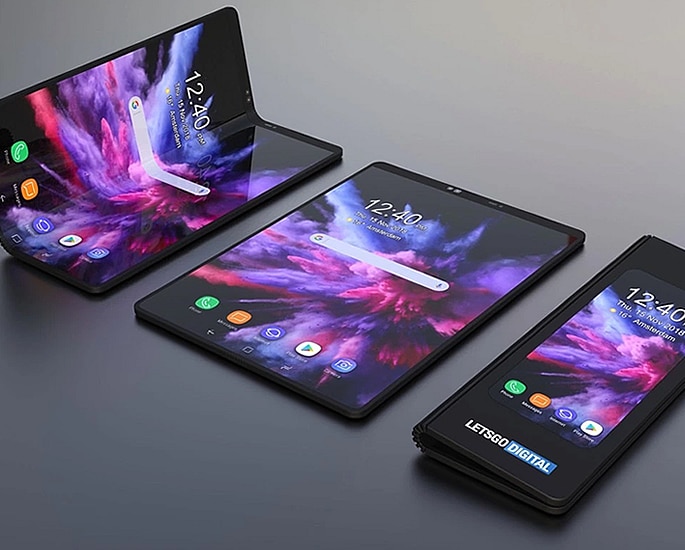 Touch screen phones were a revelation when they were first released and now we are beginning to see foldable smartphones.

Foldable smartphones are going mainstream with a high-quality, flexible display that allows the device to fold in half.

This will give users a pocket-friendly size phone which can be unfolded to display a tablet-sized display.

Smartphone manufacturers are beginning to unveil this new type of smartphone and Samsung is set to release theirs in April 2019.

There were endless leaks and rumours about the phone being developed, but they finally unveiled the Samsung Galaxy Fold on February 20, 2019.

The device is capable of being folded open to expose a 7.3-inch tablet-sized display. When you are ready to put it in your pocket, simply fold it.

Samsung has stated that the folding mechanism will support up to 200,000 uses.

There is some scepticism surrounding foldable technology as there is a risk of screen pixels being damaged when folded.

We will have to wait and see when the Samsung Galaxy Fold is released to see if people experience problems.

It will come with 512GB of storage, 12GB of RAM. The phone will have six cameras, including three rear-facing camera lenses.

The Samsung Galaxy Fold comes with a 4,380mAh battery split into two sections because of the fold.

The South Korean company have said that you can run three apps alongside each other. What’s more, any app that you’re running on the front of the device will effortlessly switch to the middle once the phone is unfolded.

Other smartphone manufacturers are rumoured to develop foldable smartphones. Huawei has announced the Mate X, a foldable phone set for a June 2019 release.

Apple is also rumoured to be making a foldable phone which may be the iPhone 11 but nothing has been confirmed.

Expect to see many more smartphone manufacturers creating foldable smartphones in 2020 and beyond. 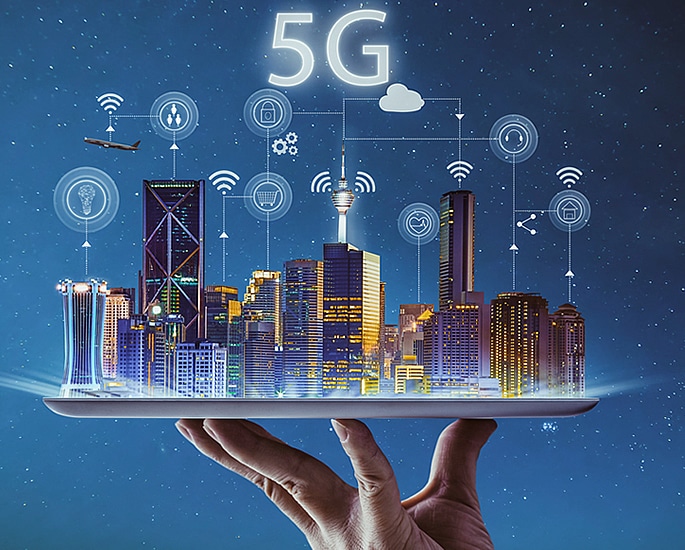 Phone manufacturers like Samsung and Huawei are releasing devices with 5G capabilities in 2019 and plenty more are on the way.

Apple is set to hold out until 2020 before they announce their first 5G phone.

It will allow us to download films in 4K display in just a few minutes.

It is also about being able to get a stronger signal in crowded areas. You shouldn’t lose connection easily when in a crowded place like a sports stadium.

Industry officials and analysts say 5G supported smartphones will lower the price chain when they are available in 2020.

Not only does the technology beat 3G and 4G in terms of speed, but it also has the potential to alter how smartphones are used every day.

With so much bandwidth available, we’ll see other gadgets and devices getting online such as self-driving cars.

It is unknown if every country will have 5G when it is launched, or what will be a realistic price to expect.

The year 2020 does look promising when it comes to faster download and upload speed in mobile phones. 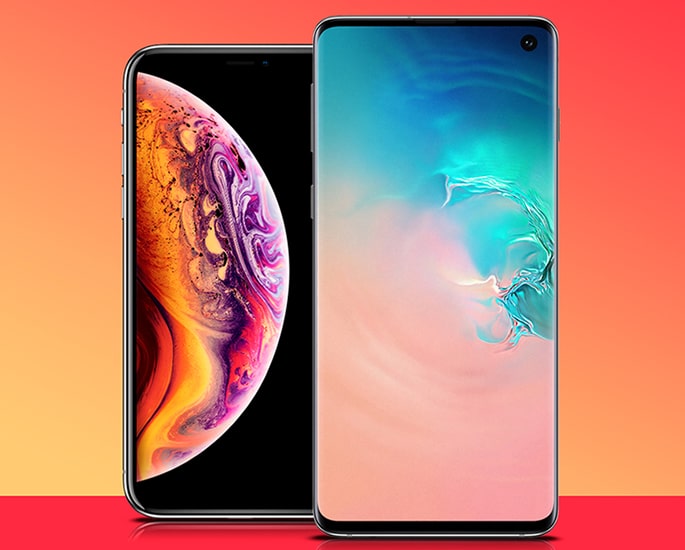 While there are some phones with a notch display in 2019, by next year, most phone models are expected to have this design.

A notch display is where the surface area on the front display of the device has been increased without giving up the front cameras or sensors.

More and more manufacturers are releasing smartphones with notches in order to maximise screen space.

However, a lot of users are against this design trend as they say it is unnecessary. Increasing the screen space by millimetres to an already large display makes the phone more of a phablet rather than an actual phone.

Despite that, some phones look stunning. The Galaxy S10 and S10 Plus are some of the best-looking notch display phones as it has a curved display.

The Galaxy S10 is equipped with a 6.1-inch display, while the S10 Plus version measures 6.4-inches.

Both versions have a Dynamic AMOLED display and feature a multi-lens rear-facing camera setup.

Many notch display phones required a premium price to pay, but by the end of 2019 and the beginning of 2020, we should see mid-range smartphones with notch-screen designs. 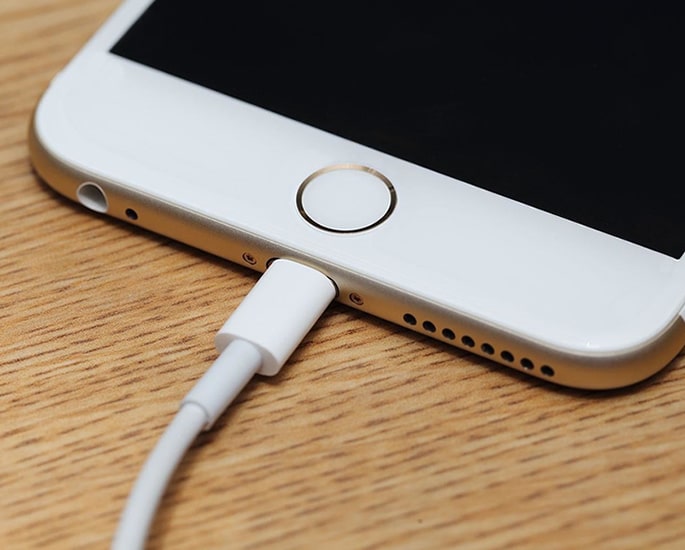 With smartphones being such a big part of our lives, one of the biggest annoyances is battery life.

As smartphones become more powerful and feature better displays, batteries have struggled to keep up with technological innovation.

The good news is that faster charging and longer-lasting battery power will be a possibility, thanks to nanotechnology.

Scientists from the University of Central Florida (UCF) developed a thin, flexible supercapacitor with high energy density in 2016. It is two-dimensional and allows for faster charging and discharging.

Compared to normal lithium-ion batteries, the supercapacitors are more durable.

After being recharged 30,000 times, they will not degrade. Conversely, lithium-ion batteries suffer in performance after about 1,500 charges.

This charging technology could be used to improve charging time and battery life of mobile phones.

Nitin Choudhary, from the UCF, said:

“If they were to replace the batteries with these supercapacitors, you could charge your mobile phone in a few seconds and you wouldn’t need to charge it again for over a week.”

While it can reshape mobile technology, it is not ready for commercial use.

Lead researcher Yeonwoong Jung said: “This is a proof-of-concept demonstration, and our studies show there are very high impacts for many technologies.”

Once these supercapacitors get a patent, it could be the future of all electronics, not just mobile phones.

It is a possibility that this may be available for smartphones in 2020, but it depends if the UCF is able to get a patent.

When it eventually does, most phones will have a long-lasting battery and it will only take a matter of seconds to fully charge. 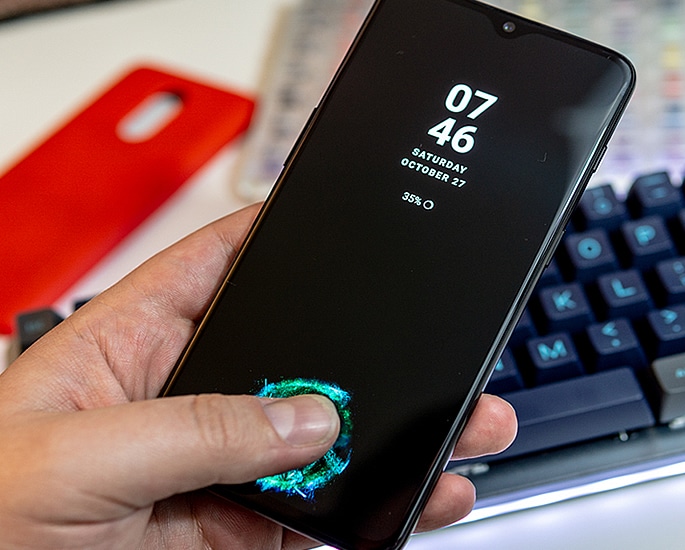 Fingerprint scanning technology was properly introduced in smartphones by Apple in 2013 when they released the iPhone 5S.

Afterwards, many other manufacturers followed by placing the regular fingerprint readers either on the rear or front of their phones.

This continued for years until 2018 when a Chinese smartphone manufacturer decided to take the fingerprint reader a notch higher.

The first phone with an integrated fingerprint scanner was the Vivo X20 Plus UD that was announced in January 2018.

Since then, we’ve seen a few other smartphones with this technology from companies like Huawei and Oppo.

Other smartphone companies are expected to hop to continue the trend of adding the fingerprint scanner on the screen.

The main advantage of in-display fingerprint scanners is they are hidden from sight and have a cleaner look. 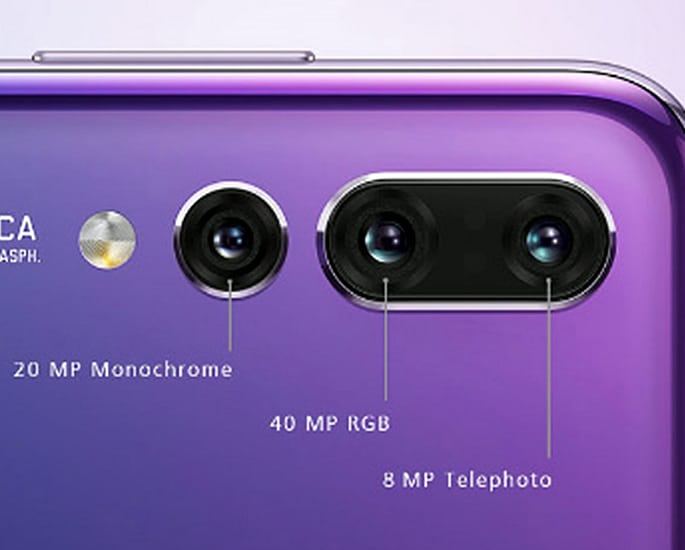 Smartphone cameras are good across the board these days, but now companies are adding more cameras to their devices.

The ThinQ has two on the front and three at the back. On the rear, there are standard, wide angle and optical zoom lenses.

This provides a number of ways to capture different types of images.

Samsung has followed suit with their devices. Both S10 models have multiple rear-facing lenses, the Galaxy Fold will have three rear cameras.

Manufacturers will also be investing a fair deal in software programs to help bring better shots to existing components.

If one rear and one front camera were innovative, it seems that multiple cameras on each side of phones will be the new norm. 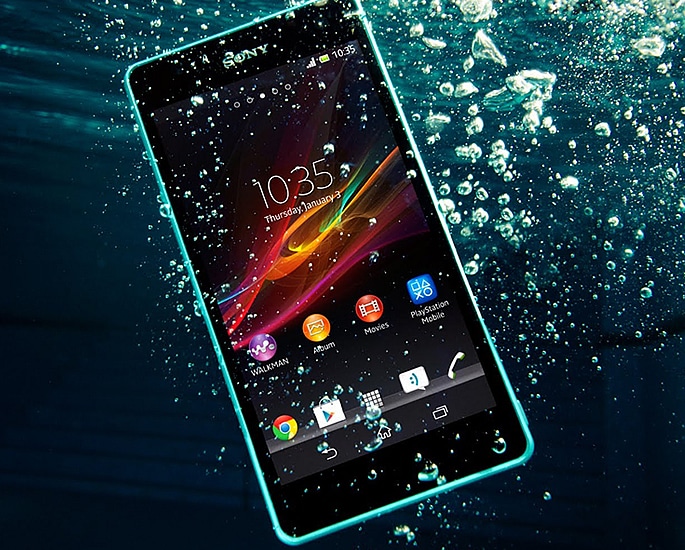 While there are ways to make your smartphone waterproof, there are only a handful of ways. The brand HzO is arguably the most well-known when it comes to making waterproof phone devices.

They manufacture thin-film nanotechnology that is applied to electronics to protect them from water.

There are some smartphones which are waterproof up to a certain depth. Many of these reach depths of 30 feet.

While it is a good feature to have, it may not always be safe to place or phone in water. Some may say that it is not enough.

Waterproof phones are designed to work in fresh water so it is not recommended to go into the sea with your smartphone.

It is possible that companies will develop a phone’s ability to withstand deeper water or salt water in the future.

With so many smartphones being announced and releasing all the time, the companies are always looking for something which will make them unique.

Manufacturers want their phone to stand out in order to attract consumers. These new technologies are a possibility for future smartphones.

While some of the technology will be in new smartphone releases from 2020 onwards, some may still be developed to further enhance it.

But with all these new advancements being applicable for phones, 2020 is exciting when thinking about what to expect from mobile phones.