SuperGaming CEO and co-founder Roby John spoke to DESIblitz about mobile gaming and the development of crypto games.

"Our goal has always been to put India on the global map."

Roby John is the CEO of Pune-based gaming company SuperGaming.

He, along with Sanket Nadhani, Navneet Waraich, Christelle D’cruz and Sreejit J co-founded the company in 2019.

In a 10-year period, the founders have created several gaming startups.

And SuperGaming was one of the first Indian companies to get into Y-Combinator, an American technology startup accelerator.

SuperGaming has since created numerous mobile games that have millions of players.

Roby John heads the company as CEO and he spoke to DESIblitz about his venture into mobile games, SuperGaming and the development of crypto games.

Tell me a bit about yourself – background & upbringing 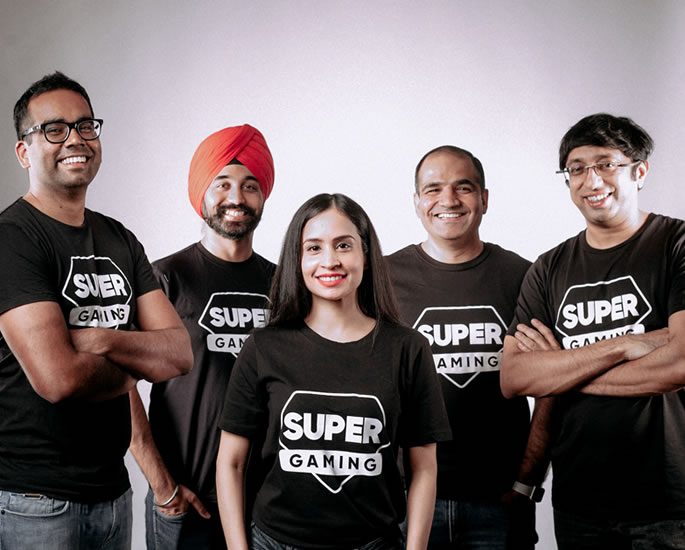 I have an engineering background. I completed my BE from Pune College of Engineering.

I worked for AmberPoint in Silicon Valley for close to five years. There everyone had been writing code for many years and there was a culture of it.

In India, you have to put a gun to somebody’s head to get him to write code whereas in the West, what we were seeing is that people were writing code for the fun of it like singing, painting, or music.

What we realised while working at AmberPoint was that just making a great product was sufficient to building a great company. Writing code that others cannot write was the real jugaad.

These experiences helped when I founded June in a bungalow in Pune in 2009.

We first built a nightstand app for iOS and had 900 downloads on the first day.

Seeing the response, we decided to go all-in on the App Store. With the launch of the iPad in 2010, our team of 5 developed educational games for it under a brand called ‘TapToLearn’.

The project was met with resounding success with over 30 million downloads of its games like Math vs Zombies and Tiny Countries.

TapToLearn ran from 2011 to 2015, after which June switched away from educational games to making real free-to-play games.

What inspired you to create SuperGaming?

We wanted to create games that are played for years and by a global audience.

Our goal has always been to put India on the global map.

The country has been known for its massive player base but never known for developing games. We want to change that perception.

How long did it take to launch the company and were there any challenges? 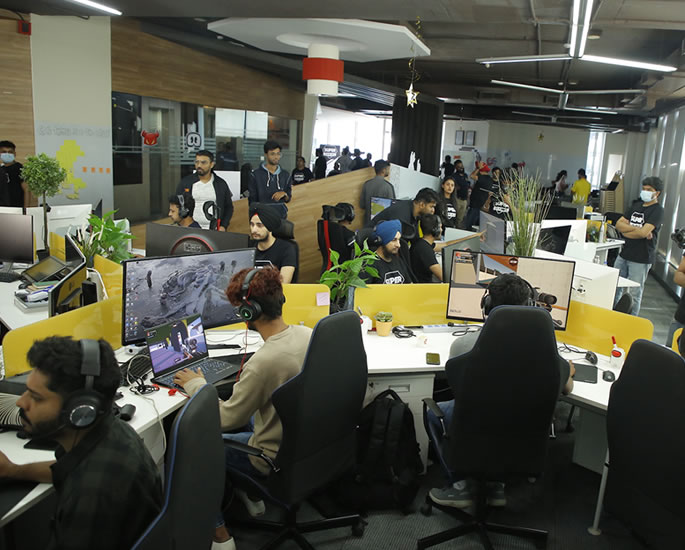 We started in 2009 as June. In the early days, we built iOS games and saw great success.

We decided to continue developing games exclusively for the App Store.

With the launch of the iPad in 2010, we developed educational games for it under our TapToLearn label which garnered over 30 million downloads of its games like Math vs Zombies and Tiny Countries.

“TapToLearn ran from 2011 to 2015, after which we switched to developing free-to-play games as June Gaming.”

There was no looking back after that.

In 2019, we launched our game publisher brand SuperGaming to better suit our guiding principle, making games people play for years.

As for challenges, the important factor that most outside the space don’t realise is: an increase in install numbers and players does not necessarily mean an increase in revenue.

The concept of paying for apps and making in-app purchases is yet to catch up. Increasing revenues was the main challenge for us.

Who is your main audience?

Our audience is broad, cutting through age groups.

Silly Royale for example has 16 million players worldwide. The majority of them are children and teenagers that use Silly Royale as a game and a social platform to hang out with their friends thanks to features like voice chat.

MaskGun, on the other hand, has over 60 million players with a community that cuts across the usual demographics of age, location, and race.

Given their size, both games have players in India as well as in other countries.

What was your introduction to gaming? 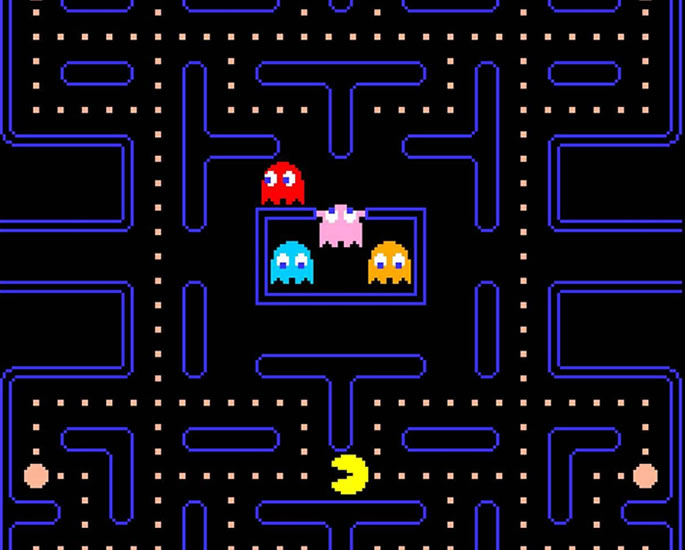 I joke and tell my Mom that I’m finally doing what she persuaded me endlessly NOT to do.

My bucket list item is actually making the PAC-MAN game for mobile platforms today globally which I think was the first game that I played as a child.

I grew up playing on a Nintendo Entertainment System (NES) where I played endlessly. I attribute wearing specs because I used to play an NTSC console on a PAL TV with horrible contrast.

I realised that playing games brought the best out of me in terms of persistence, never giving up, no fear of failure, making strategies, and collaborating with others.

I do believe that games make you the best version of yourself and somewhere the endless gaming that I did in college led me to a gold medal in engineering as well.

Today, I’m seeing the same thing with my kids (8 and 11) who have taken to making games naturally like many of their generation (and my mom is still screaming at them for playing for so long).

What do you think makes mobile gaming more popular than console gaming in India?

The sheer number of smartphone users coupled with cheap data packages is why mobile gaming is so popular.

Most Indian consumers use a smartphone as their primary device to access the internet.

It also helps that the competition among smartphone companies is fierce and that offers consumers devices with high-end specs at an affordable price which lets them enjoy graphic-intensive gaming.

That isn’t to say there is no merit in making games for console audiences.

“Both the PS5 and Xbox Series X have seen a higher than usual uptick since their launch.”

And for many, consoles and PC are the most aspirational part of the gaming ecosystem right now.

In fact, that’s why we’re building our battle royale Indus for consoles and PC as well, in addition to mobile.

Have mobile games evolved over the years and how? 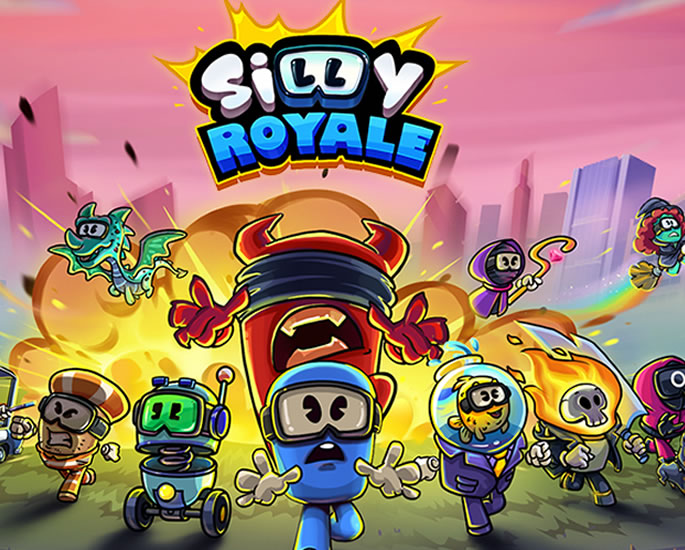 Mobile games used to be perceived as casual experiences, to be consumed in short bursts. Usually during a commute or waiting in line. That’s changing.

Now the biggest and most successful games are high-fidelity, console-quality experiences with top-notch production values and deep gameplay and story.

Throw in robust online features that drive social interactions and it’s no surprise that mobile gaming is larger than console and PC combined in terms of revenue.

Mobile platforms have adopted the best of their bigger screened counterparts with accessibility being their key differentiator – more often than not, accessing the best of what mobile has to offer only costs your data cap and little else.

Can you tell me more about the development of your crypto games?

We recently announced Tegro, a complete Web3 games ecosystem empowering players, game developers, and investors to unlock the potential of Web3 in the best possible way – sustainable, transparent, and fair.

We have partnered with Siddharth Menon, co-founder and COO of WazirX, one of the world’s largest cryptocurrency marketplaces.

To add to his knowledge and experience of building a sustainable marketplace, SuperGaming brings its game building expertise with over 300 million players and nearly 100 games developed.

We are working hard to develop our first games for Web3 and the Tegro marketplace and will have more to share soon.

What does the future hold for SuperGaming? 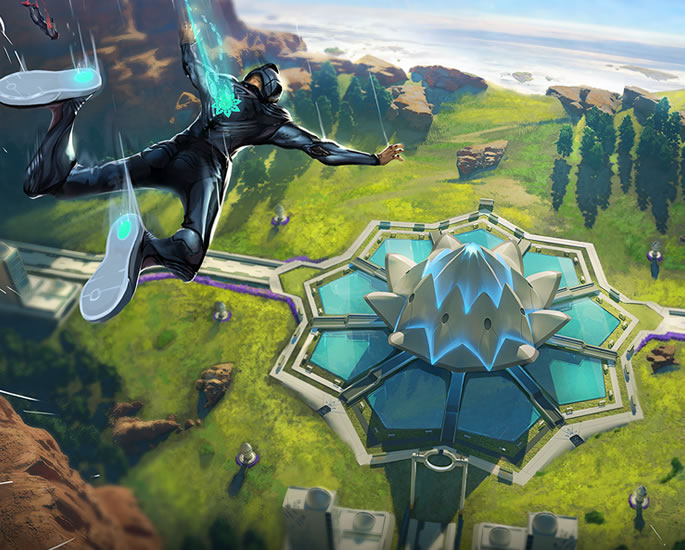 Our teams are currently working on the recently announced game, Indus, an indo-futuristic battle royale for PC, consoles and mobiles.

The game will be playable this year.

There are few battle royale games that put lore and story as a priority and none that tackle Indian culture with a futuristic twist.

“So, Indus will be a unique experience for players when it releases.”

We will continue to bring new modes to Silly Royale.

The ‘Squid Royale’ mode has been a huge success for us in bringing players together to hang out and try some of our new experiences be is Social Deduction, Hide and Seek, Cops and Robbers or even our take on the survival genre based on Squid Game, which has been well-received and a huge success.

Finally, we are starting something new with our Web3 games approach via Tegro.

SuperGaming looks to be working on a lot of exciting projects, including a move into the cryptocurrency space.

With more than 120 employees, Roby John and the other co-founders have built SuperGaming from the ground up to create enjoyable and immersive mobile games.

Dhiren is a journalism graduate with a passion for gaming, watching films and sports. He also enjoys cooking from time to time. His motto is to “Live life one day at a time.”
Lilly Singh hospitalised for Ovarian Cysts
Hareem Shah has Near-Miss with Lion Attack