Is Moto X4 the Best Mid-Range Phone in India?

Motorola’s latest smartphone, the Moto X4, has launched in India! With impressive features and specs, could it be the best mid-range phone in the country?

This device consists of a metal frame encased between Corning Gorilla Glass on the front and back.

Motorola has launched the latest device to their ‘X’ series, the Moto X4, in India. With a comfortable price range and impressive features, the new smartphone looks set to take on the mid-range phone market.

The company launched their new gadget in a Delhi-based event. In addition, they revealed more details concerning its specifications and pricing.

While the new phone experienced launch delays in the past, it seems the long wait has been worthwhile. However, it marks a new phase in Motorola’s ‘X’ series in that it strays away from the high-end market.

It received an overwhelmingly positive reaction; with many describing it as the “best mid-range phone in India”. Quite a high claim to make, some would argue. However, let’s take a closer look to see if the Moto X4 is worthy of this title.

In terms of RAM and storage, Motorola has created two variants. The first comes with 3GB of RAM and 32GB worth of internal storage. Meanwhile, the second has 4GB and 64GB respectively.

The non-removable, 3000mAH battery works for all-day use and carries TurboCharge support. This means 15 minutes of charge can boost the phone’s power for up to 6 hours.

Working with Android’s 7.1 Nougat system, the smartphone’s processor is Qualcomm Snapdragon 630 chipset. It boasts of impressive power, clocking up to 2.2 GHz.

With impeccable charging support, a powerful processor and good storage space, the new device certainly makes a powerful impact in the market.

The new smartphone also carries a stylish, sleek design. Motorola has opted away from rubber or plastic.

Instead, this device consists of a metal frame encased between Corning Gorilla Glass on the front and back. This innovative construction makes the device sturdier, whilst also feeling fresh with its design.

Phone users will also rejoice in knowing that the phone is both water and dust resistant. Meaning that it’s less likely to pick up annoying nicks and scratches as you use it. 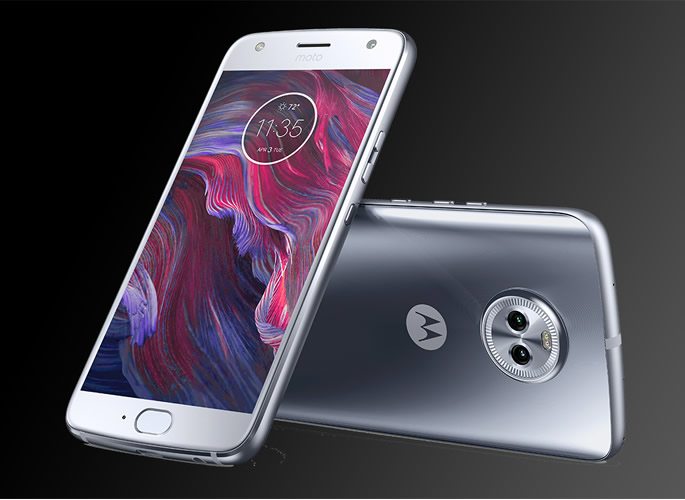 However, it’s not only the strong design and powerful specs that make the Moto X4 an impressive mid-range phone. It carries remarkable cameras, both on the front and rear.

It marks as the second Motorola phone in India to have dual rear cameras. The primary camera contains a 12MP Dual Autofocus Pixel sensor, while the secondary camera has an 8MP 120-degree ultra-wide angle sensor.

Combined together, the dual camera system has a range of exciting modes to capture flawless photos. From the LED flash to Panorama and Selective Focus, users can become experimental in their photography. In addition, they can also film videos in 4K.

In terms of the front camera, this uses a 16MP sensor and also offers wonderful modes to take stunning selfies. For example, its low-light mode and selfie-designed flash will ensure you’ll achieve the ideal lighting.

With these brilliant camera systems, this new device really does stand out amongst other mid-range phones. 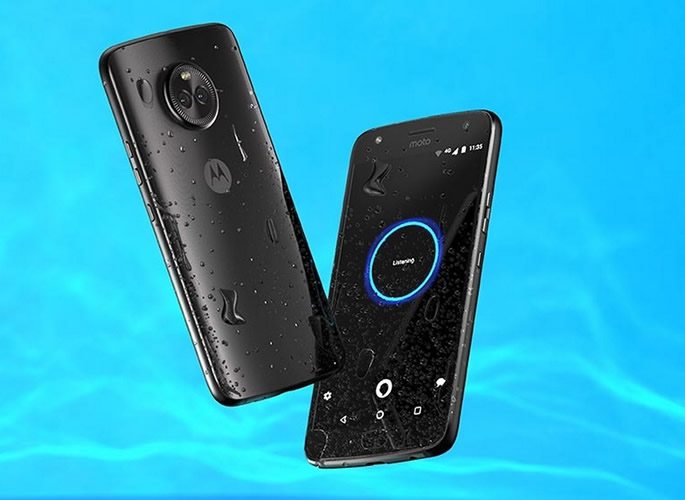 Motorola has also implemented new features to their device. For example, it will soon feature the option to use Amazon Alexa, as well as Google Assistant. Instead of using the latter, users can give commands to Alexa while the phone is locked. Asking it to send orders to Amazon, setting alarms and more.

However, this option will reportedly become available once Alexa launches in India.

In addition, Motorola’s phone will support four, wireless Bluetooth audio devices. Describing it as “audio innovation”, this means users can share music over these wireless sets, which will provide synchronised output.

How much is the Moto x4?

The phone will become available to buy online exclusively from Flipkart. However, it will also be available at Motorola’s offline MotoHub stores.

From its successful launch event, the device has certainly won over many in India. With a powerful set of specs, intriguing features and a sleek design, you could easily mistake this device for the high-end market.

Yet, Motorola has shown that mid-range phones can carry power and innovation with a considerable price range. To find out more about the latest device, visit Motorola’s website here. Or check out the exciting phones released during 2017 here.

Call of Duty: World War II vs Battlefield 1
Xbox One X ~ the Best Console for Gaming in India?