Indian Father kills Daughter for Talking to Boy on Phone

A father from Andheri district in India killed his daughter for talking to a boy on her phone who she was in love with and wanted to marry.

"We are getting the details from her mother."

An Indian father, Thondapu Kotaiah, shockingly killed his daughter after he caught her talking to a boy on her phone on Saturday, June 30, 2018, in the Thotaravulapadu village of Andhra Pradesh’s Krishna district.

The deceased girl, named T Chandrika, was studying pharmacy at Gudlavalleru Engineering College, a private institute. She was on a visit back home to celebrate her birthday on Friday, June 29, 2018.

The boy she was talking to on the phone was someone Chandrika wanted to marry. He was a classmate and was in love with him.

Chandrika had told her mother, Padma, about the relationship with the boy and she was seeking permission to marry him from her family.

However, the family, especially her father, vehemently were against the relationship and marriage because the boy was from a different caste and community.

The family were not for the union because they said, “this affair will bring a bad name to the family”.

Mr Kotaiah, a farmer, sternly told Chandrika to forget about the boy and wanted her to agree to an arranged marriage they were setting up for her.

However, Chandrika still was adamant about her choice and still wanted to be with the boy from college.

Unfortunately, when Chandrika was seen chatting with the boy on her phone by Kotaiah, he became very angry and approached her.

He grabbed the phone from her hand and threw the phone onto the ground and smashed it in a rage. Then father and daughter got into a very heated argument.

The suddenly, Kotiah picked up an axe and used the handle to hit and beat Chandrika on her head. 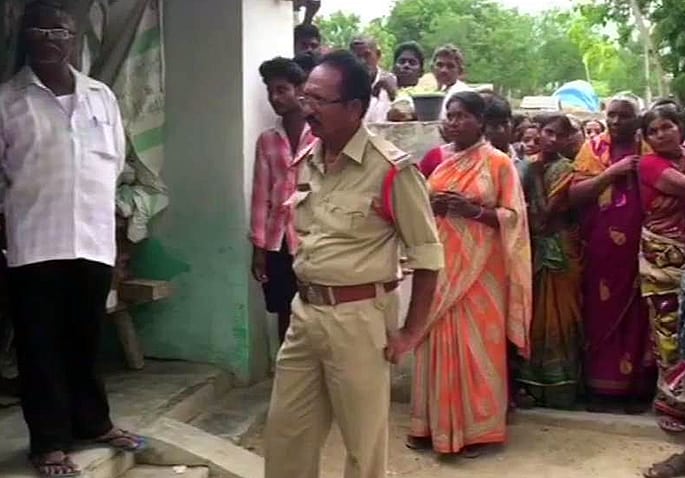 The tragic incident was reported by her mother and left the whole area of Thotaravulapadu village in major shock.

Mr Kotaiah was arrested by police and taken into custody.

“We are getting the details from her mother.”

Chandrika’s mother recorded a statement and now the investigation is yet to find out about the man Chandrika was in love with.

A similar story took place in 2016, where a mother killed her 16-year-old girl in the same district after she learned about her daughter’s affair with a boy.

Nazhat is an ambitious 'Desi' woman with interests in news and lifestyle. As a writer with a determined journalistic flair, she firmly believes in the motto "an investment in knowledge pays the best interest," by Benjamin Franklin.
Men jailed for Defrauding over £600,000 from Property Buyers
Indian Man wants Divorce from Social Media addicted Wife