Several young stars will be part of Team India for the Tokyo Olympics 2021. We list 5 exciting athletes, hoping to make their nation proud.

"I am putting in a lot of hard work. I hope to make everyone proud."

Team India has a strong 100 plus contingent, including several young medal prospects, for the Tokyo Olympics 2021.

Four years after Rio 2016, exciting athletes will represent India at the Olympic Games for the first time.

Shooting, in particular, has an impressive lineup of youngsters from various parts of India.

Shooters are aiming for medals in both individual and team events.

Boxing and Javelin also are in the mix, with sports stars from the Indian army securing an Olympic place.

Here are 5 sensational young guns who are potential medallists for India at the Tokyo Olympic Games 2021. 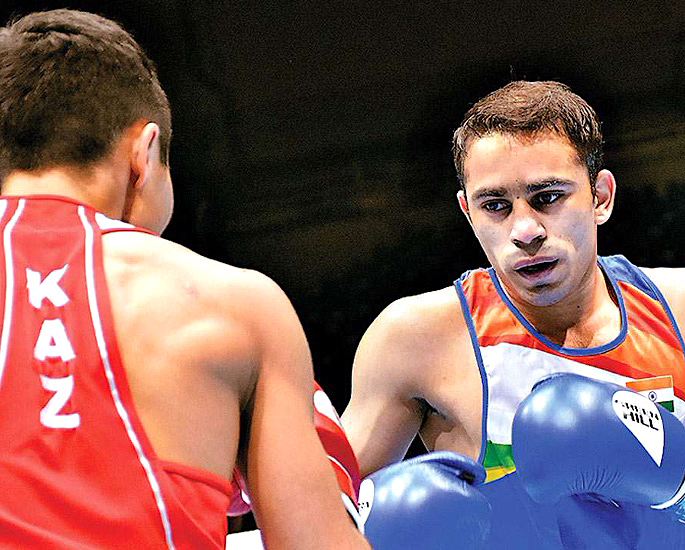 Amit Panghal who serves as a Junior Commissioned Officer (JOA) in the Indian Army is targeting a gold medal in boxing.

He was born in Mayna village, District Rohtak, Haryana on October 16, 1995.

In his first appearance at the 2017 National Championships, Amit clinched a gold medal.

He went onto clinch a gold medal under the flyweight category at the 2019 Asian Championship (Bangkok).

In addition, he took silver at the 2019 AIBA Boxing World Championships (Yekaterinburg).

The amateur boxer will certainly be hoping for a safe return to his barracks, with a medal if not top prize.

In a video on the Olympic Channel, Amit was will give his everything at the Tokyo Olympics:

“I am going to try my best to get a medal for my country.”

This will be the first Olympic Games for the world’s number one boxer in his fight category. 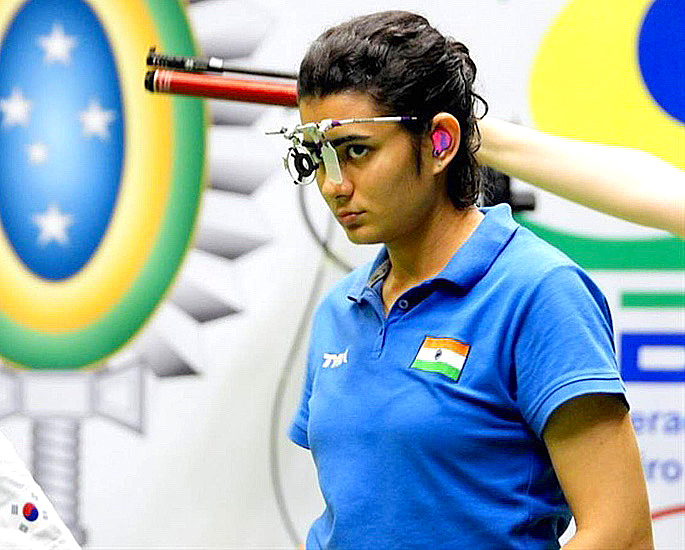 Yashaswini Singh Deswal is a promising shooter for India at the Tokyo Olympics 2021.

Yashaswini is heading for her first Olympic Games, being at her peak.

Yashaswini collected a gold medal in the 10 m air pistol at the 2019 ISSF World Cup.

She was victorious at home, pipping former Olympic and World Champion, Olena Kostevych (UK) in the final stage of the competition.

She will partner Abhishek Verma in the team event. Yashaswini can win a medal or two for India in shooting. 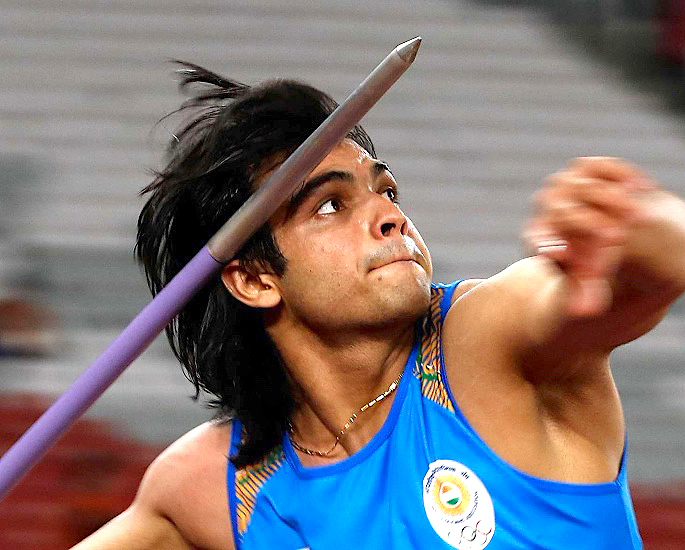 The Subedar (sergeant) was born in Panipat, Haryana, India on December 24, 1997.

Neeraj came to the limelight after bagging gold at the 2016 South Asian Games (Guwahati and Shilling).

The year 2018 became a double whammy for Neeraj, claiming gold at the Commonwealth Games (Gold Coast) and Asian Games (Jakarta and Palembang).

In 2021, he registered a new Indian national record, throwing 88.07 with the javelin.

Neeraj has a great opportunity to finish in the top three and come back with a medal.

Tokyo will be the first Olympic Games for Neeraj. 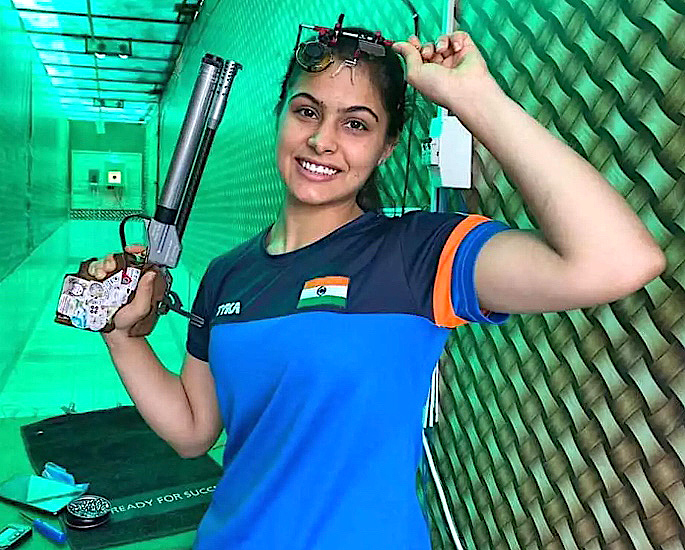 Manu Bhaker is an exciting shooter to look out for at the Tokyo Olympics 2021.

She was born in Goria village, District Jhajjar, Haryana, India on February 18, 2002.

Manu is going into her maiden Olympic Games in rich form.

In the team event, she will form a formidable partnership with Saurabh Chaudhry.

Speaking to Sportstar, Manu is delighted and confident about participating for India at the Olympics:

“I am happy that I am getting to represent my country at the Olympics.”

“It is the biggest and most important competition for all players.

“I am putting in a lot of hard work. I hope to make everyone proud.”

Fans of Manu Bhaker can expect her to win a few medals, including possible one gold at her first Olympics. 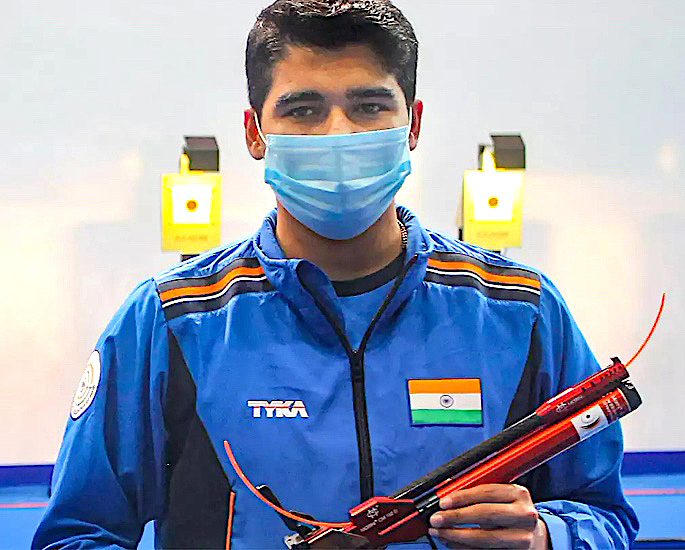 Saurabh Chaudhary is a shooter who has a real good chance to clinch gold at the Tokyo Olympics 2021.

He took up the sport from the age of thirteen, practising every day.

The young sensation has made a big impact instantly on a global level.

He has already won gold at the 2019 ISSF World Cup competitions that took place in Delhi, India and Munich, Germany.

On both occasions, Saurabh came on top at the podium, after winning the 10 m air pistol events.

Saurabh who makes his Olympics debut will compete under the same category at the Summer Games.

He told the Olympics website of wishing to follow in the footsteps of his hero and shooting legend Abhinav Bindra:

“It’s my first Olympics and I wish I can bring home the gold like Abhinav Bindra, my inspiration in shooting.”

Fans of Team India should also keep an eye out on the Men’s doubles in badminton.

The Indian pair of Satwiksairaj Rankireddy and Chirag Shetty can also do some damage at the Tokyo Olympics 2021.

The youngsters will be in good company, with the experienced shuttler PV Sindhu also making the trip to Japan.

Whilst PV Sindhu wants to go one better by clinching gold, Sania Mirza in tennis is targeting her first medal at the Olympic Games.

The aforementioned young hopefuls have a lot of weight on their shoulders. Those who handle the pressure very well will be in the running for a medal.

Furthermore, all the competitors will have to safeguard themselves and others from the coronavirus.