Neeraj Chopra made history at Tokyo Olympics 2021, winning gold in the men’s javelin. His accomplishment is a proud moment for India.

Neeraj Chopra scripts history after clinching gold in the men’s javelin at the Tokyo Olympics 2021.

His first two attempts were enough for him to secure gold at the Olympic Stadium on August 7, 2021.

With this being the first track and field Olympic medal for an independent India, the entire nation is rejoicing in happiness.

The Panipat-born player was in pole position, with his first massive throw of 87.03.

He followed it up, with a mammoth throw of 87.58. That increase cemented his stronghold on the men’s javelin competition.

His second attempt was a strong indication that he was going to be amongst the medals. However, only Jacub Vedlejch (CZE) came somewhat close with a throw of 86.67 in his fifth attempt. 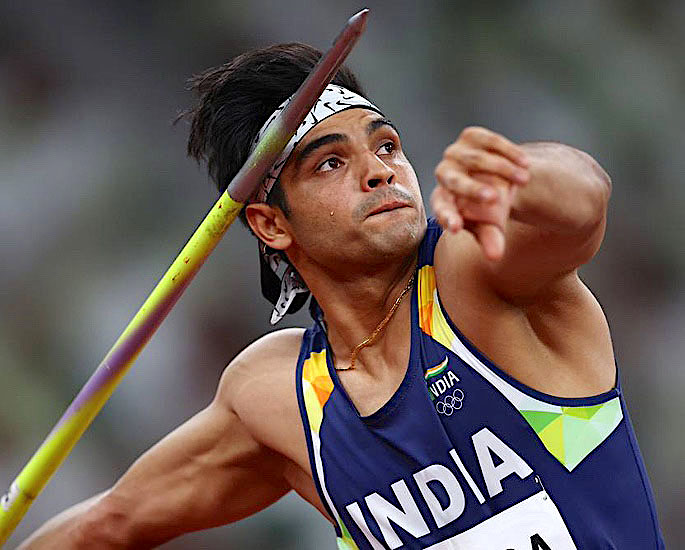 Thus, Neeraj Chopra had a dream Olympic debut, finishing as a gold medallist.

The whole of India was elated, following the success of Neeraj. Film enthusiast Dulquer Salman went on Twitter to praise the historic achievement of Neeraj:

“Hearty congratulations to Neeraj Chopra. What a historic performance and what a historic win!! Making us all proud by bringing home the shiny, elusive gold. Keep up the good work:

Sports Minister, Anurag Thakur, could not hold back his delight as he also tweeted, posting:

“Your name will be etched in the history books with golden letters.”

After becoming Olympic champion, Neeraj was seen prostrating to the floor, and then proudly celebrating with the Indian flag.

Pakistan’s Arshad Nadeem was unable to repeat his performance from the qualifying round. His best throw of 84.62 saw him finish fifth.

Favourite Johannes Vetter from Germany had to face elimination mid-way through the final. His throw of 82.52 was below average.

Shortly after the competition, Neeraj went on to pick his medal, with everyone inside the stadium also listening to the national anthem of India. 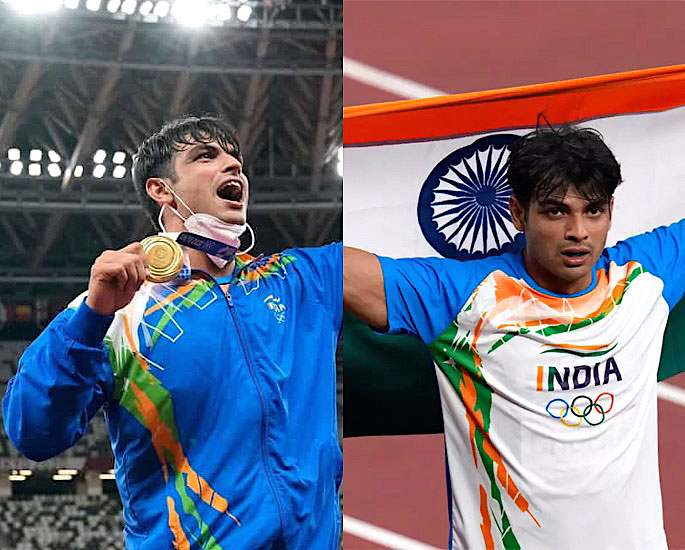 Vedlejch has to settle for a silver medal. His fellow countryman Vitezslav Vesely took bronze with a throw of 85.44

Being a gold medalist at various global competitions, Neeraj was successful in capping it off with Olympic glory.

This was a deserving reward for Neeraj who had been consistently through the 87, 88, and 89 metres mark for a year. Hence, the form says a lot in the case of Neeraj.

India has notched their best-ever medal haul at the Olympic Games, courtesy of a seventh medal from Neeraj Chopra in the javelin final.

Overall, the incredible and remarkable journey of Neeraj Chopra has concluded with him receiving the top prize on the podium.

He was confident throughout the competition, aiming to blow away his opponents. And that is exactly what he did.

Prior to Tokyo Olympics 2021, he was already the poster boy of India. With this medal, Neeraj will have his eyes on the 2024 Olympics and crossing the 90 meters mark.

Meanwhile, Neeraj Chopra creating history is a moment of joy and pride for India and Indians living across the world.