The Pakistan contingent for the Tokyo Olympics 2021 is expected to be small. We highlight the team, along with athletes going for gold.

Pakistani athletes from several disciplines will represent the nation at the Summer Olympics.

The games were originally meant to take place between July 24 and August 9, 2020.

However, with the coronavirus pandemic kicking in, the games were postponed by a year.

In 2021, Pakistan will be participating for the 19th time at the Summer Olympics.

Pakistan is fielding a smaller team this time around, especially with some athletes not being to compete in qualifier events.

Boxing is a sport, which Pakistan will have no representation.

Unfortunately, COVID-19 came in the way of boxing in terms of qualification.

We take a look at some of the Pakistan team members, which includes athletes that are eyeing medals at the Tokyo Olympics 2021. 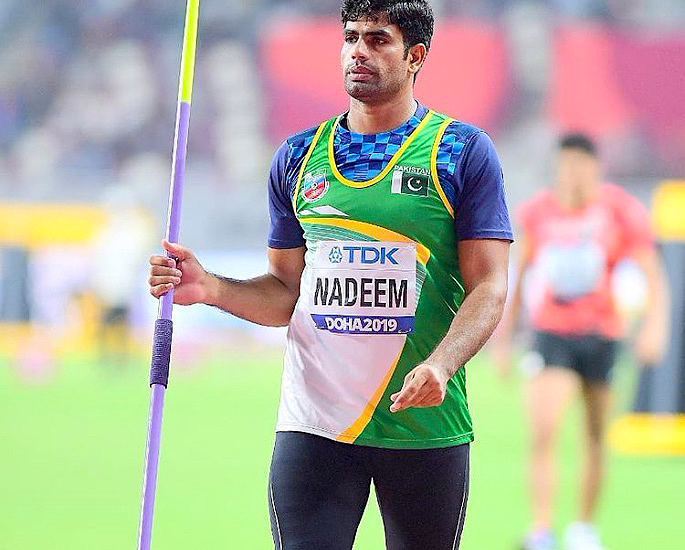 Arshad Nadeem is probably the strongest contender for Pakistan to win a medal in javelin at the Tokyo Olympics 2021.

Before COVID-19, the javelin thrower took gold at the 2019 South Asian Games.

His throw of 86.29 was also a record at the Games, which took place at Kathmandu-Pokhara.

He topped this with a throw of 86.38 at the 2021 Mashad Imam Reza Athletics tournament.

Arshad is in a confident mood ahead of the Olympics:

“Right now there is a chance for me. If I throw my best then…I will win a medal.”

Not fazed by other throwers, he is concentrating on his throwing:

“I don’t look at any of the other javelin throwers…

Arshad is in the form of his life under the tutelage of coach Fiaz Bokhari.

He also underwent training in Turkey to prepare for the Tokyo Olympics 2021. 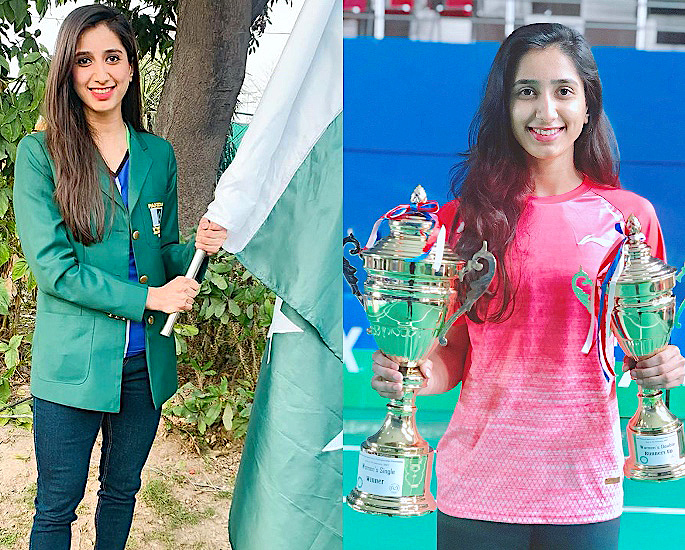 Pakistani badminton sensation Mahoor Shahzad will participate in the singles event at the Tokyo Olympics 2021.

The young Karachi born shuttler has been amongst the top 100 badminton players in the world.

For Mahoor, with her wish of competing at the Olympic Games coming to fruition, she will attempt to perform at the very best:

“My dream has come true. I can’t believe I will represent Pakistan in the Olympics.

“I will live up to expectations and raise the green crescent flag.”

“Mahoor Shahzad is the top badminton player and she deserves to participate in the Olympics.

The five-time national champion will be hoping to enjoy the experience of her first Olympics.

It will be interesting to see how deep she can go in the singles competition. 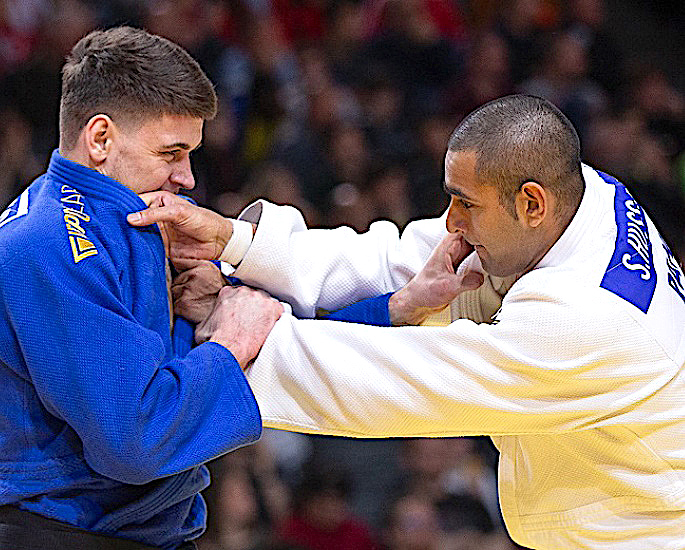 Shah Hussain Shah is going for gold in the men’s judo at the Tokyo Olympics 2021.

Son of Hussain Shah, an Olympic bronze medallist in boxing, he has had some good result from 2016 onwards.

The Pakistani Judoka qualified for the Tokyo Olympics 2021, courtesy of the continental quota.

He will be competing at the Olympics for the second time. He had previously secured a place at Rio 2016.

Aiming to be an Olympic medallist, he was realistic, whilst talking to The News:

“My aim is to win a medal for the country.”

“For that, I have been training hard in Tokyo these days and putting in every effort to get to the prime form at the time of judo competition in the Olympics.

“I still believe that outcomes would largely depend on the draws for my category and hope that I would get the best possible draws to make rapid progress.”

Junaid is also hoping that Shah will make Pakistan proud.

Shah has been training hard under his Japanese coach Kobayashi Yusuki. 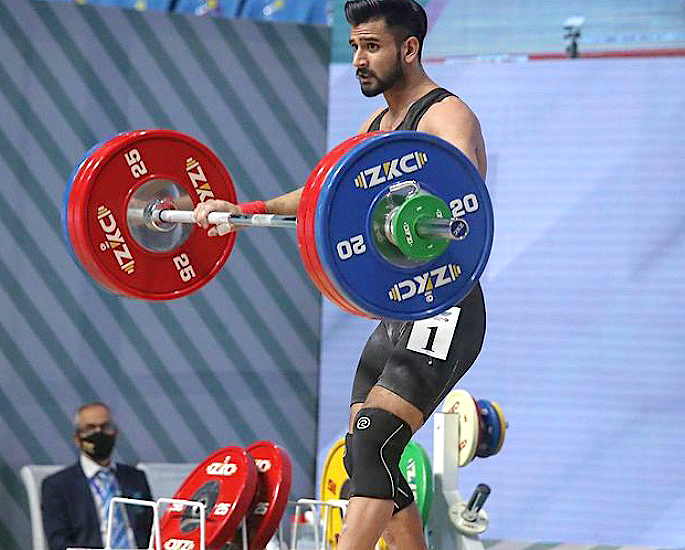 Talha Talib is a young exciting weightlifter who has qualified for the Tokyo Olympics 2021 on an invitational quota.

Pakistani fans will get to witness Talha Talib under the 67 kg category.

Talha will be in action at the Summer Olympics for the first time.

“It indeed is a great honour for the athlete to be part of the Olympic Games and to stand amongst the finest athletes of the world showcasing their performance.”

Talha is no stranger in the world of weightlifting. He already has a bronze medal to his name.

He accomplished this amazing feat in the 62 kg weight category at the 2018 Gold Coast Commonwealth Games.

If all goes well, Talha has a chance of claiming a medal. 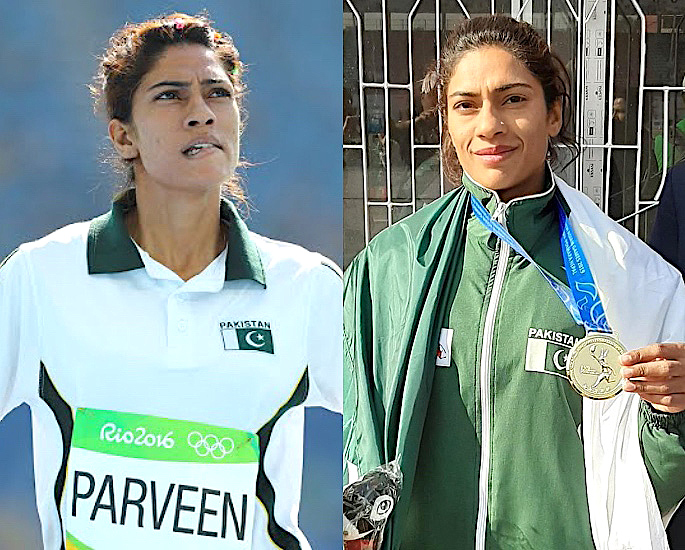 Pakistan has several other athletes who will compete at the Tokyo Olympics 2021.

Pakistan has three shooters in their very little squad.

The shooters made it to the Olympics, virtual of best finishes across various world competitions.

Pakistan will also field swimmers for the mega multi-sport event in Japan.

Pakistan will surely miss the presence of their hockey team. The 1984 Olympic champions failed to claim a berth.

Pakistan will consider any medal as an achievement. A gold each in javelin and judo will certainly have the nation rejoicing.

Hence, some of the Pakistani athletes are heading to the Tokyo Olympics 2021, hoping to make history.