The Lanka Premier League 2021 returns for its second edition. We present 6 young Sri Lankan prospects, featuring in this cricket event.

"It was an outstanding innings from Asalanka."

The Lanka Premier League 2021 features some of the very gifted homegrown players.

The T20 franchise league tournament takes place for the second time in Sri Lanka from December 5 to 23, 2021.

The Lanka Premier League 2021 provides a chance for gifted Sri Lankan rookies to make a case for the national side.

Many of these cricketers are just twenty years old and over, with some having T20 international exposure.

They will benefit from the experience of other Sri Lankan players, as well as some big names from world cricket.

We showcase 6 talented local youngsters who compete in the Lanka Premier League 2021. 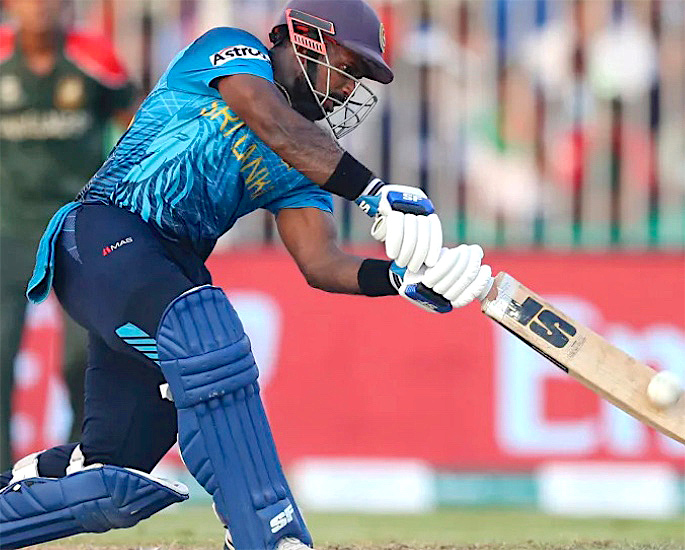 He was born Kariyawasam Indipalage Charith Asalanka in the Galle District town of Elpitiya on June 29, 1997.

Rising through the ranks, from Richmond College to Under-19 and then the senior team, Asalanka is the perfect purchase for Kandy Warriors.

Asalanka came to the party after smashing 80 off fourty-nine balls in Sri Lanka’s win against Bangladesh at the T20 Cricket World Cup 2021.

He hit five towering 6s and equally the same amount of 4s in the group phase encounter, which took place at Sharjah, the United Arab Emirates on October 24, 2021.

At the post-match ceremony, the winning captain, Dasun Shanaka was quick to praise the youngster:

“It was an outstanding innings from Asalanka. It’s very important that youngsters step up at this stage, it was really nice to see that.

Asalanka on his day can be a force against any opposition. The Warriors will want him to continue his rich form at the Lanka Premier League 2021. 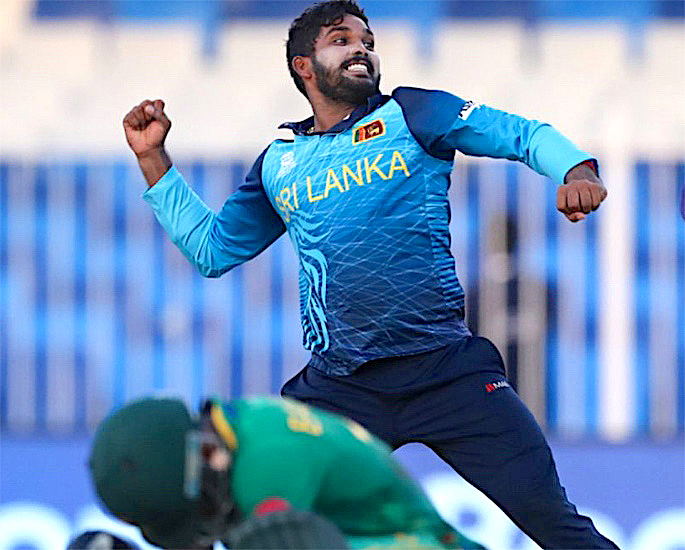 Wanindu Hasaranga is an aggressive cricketer who has already made the headlines on the international circuit.

He was born Pinnaduwage Wanindu Hasaranga de Silva in one of Sri Lanka’s largest cities, Galle, on July 29, 1997.

Being a useful lower-order batsman and a terrific leg-spinner, he is a great pick for Jaffna Kings.

The former Richmond College cricketer has gone on to flourish from the junior to the senior level, representing his country.

He became the first Sri Lankan cricketer to claim a hat-trick in a T20 Cricket World Cup game.

This was against South Africa in Sharjah, UAE on October 30, 2021. Despite losing that game, his final figures were 3-20 from his four overs.

He was the leading wicket-taker at the 2021 World T20 event, with sixteen wickets. He finished with a bowling average of 9.75 in the tournament. 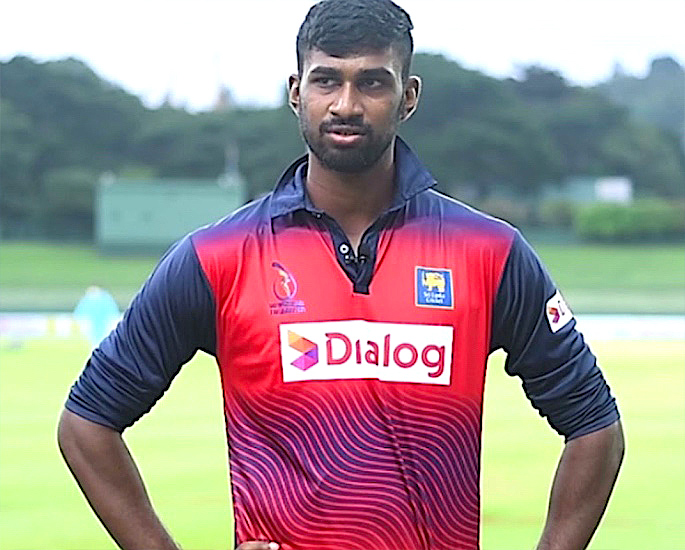 Himesh Ramanayeke is a right-arm medium fast-bowler who can also bat a little. He was born Himesh Hewage Ramanayeke in Manchester, the United Kingdom on October 5, 1997.

Himesh comes from a cricketing family. His father Champaka Ramanayeke was a former Sri Lankan pacer.

His brother Hashen Ramanayeke is also a Sri Lankan cricketer. However, the T20 bowling of Himesh really stands out.

He had taken 32 wickets from twenty-three matches, at a super average of 15.62. His economic rate is also fantastic for a fast bowler. He is a dark horse on our list.

His best figures of 4-31 came for SLC Blues in the six wickets victory against SLC Reds at the Pallekele Stadium in Kandy on August 18, 2021.

This match was part of the 2021 SLC Invitational T20 League tournament.

If Himesh can replicate his domestic form with Colombo Stars then he will be a big asset for them.

The Lanka Premier League 2021 is a good chance for him to stake a place in the national squad of Sri Lanka. He has previously represented Sri Lanka at the Under-19 level. 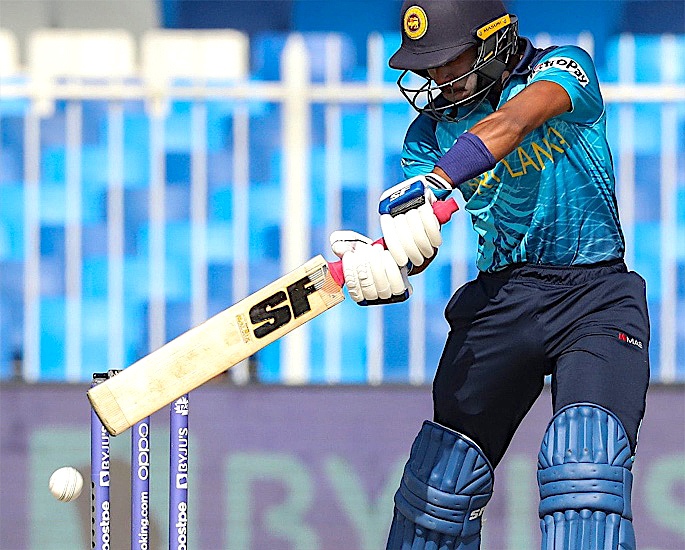 Pathum Nissanka is a right-handed opening batsman, who has already had a taste for all formats of the game.

He was born Pathum Nissanka Silva in the South coast city of Galle on May 18, 1998. His rise from school to senior cricket was phenomenal.

Following a player’s draft, he went on to sign with Lanka Premier League franchise Colombo Stars in November 2021.

Pathum made his T20I debut against West Indies in Coolidge on March 3, 2021, making an instant impression.

Batting in the one-down position, he made 39 off thirty-four balls. Pathum also made it to the Sri Lanka squad for the T20 Cricket World Cup 2021.

In their group encounter against South Africa as an opener, he made 72 off fifty-eight balls, hitting three 6s and six 4s.

In a quick space of time, Pathum has made a mark. During the 2021 Cricket World T20 event, coach Mickey Arthur spoke very highly of him saying:

“I’ve always said since the first time I saw Pathum that he’s a wonderful talent.”

“His balance, his feet movement, when he attacks and defends are great. He’s got it all.”

To improve further, Pathum should aim to increase his strike rate for Colombo Stars at the Lanka Premier League 2021 event. 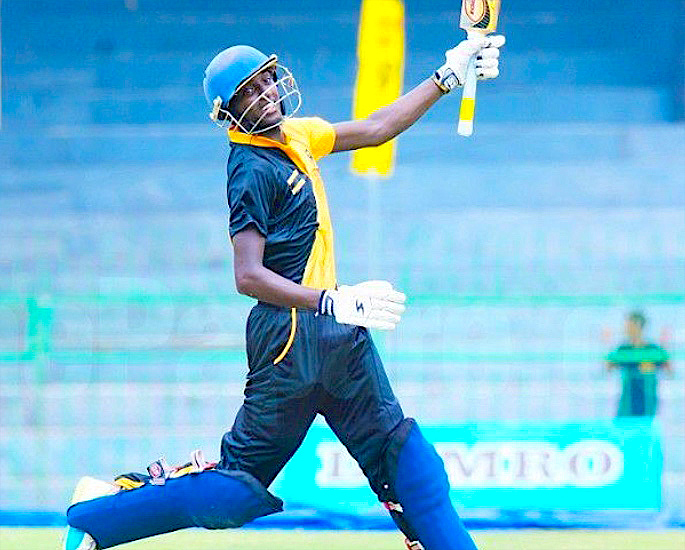 Muditha Lakasha on paper is one of the most promising cricket players to feature in the Lanka Premier League 2021 competition.

He was the skipper for the DS Senanayake College side in a two-day Under-19 tournament, scoring 1000 runs across two consecutive seasons.

After the player’s draft for the Lanka Premier League 2021, he was selected to represent Dambulla Giants.

At the domestic level, Muditha has a phenomenal average, with a staggering strike rate.

Barely into his 20s, if he can convert his domestic form into the LPL, he will quickly come into the reckoning of the national squad. 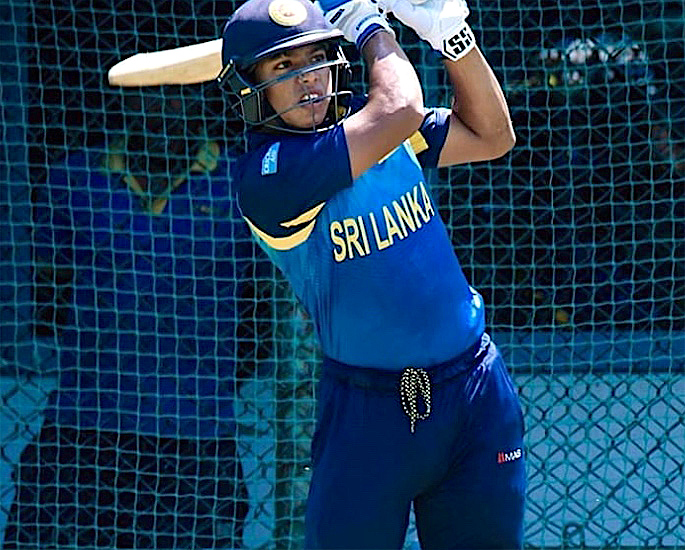 He came into the limelight with his performances for the Sri Lankan side at the 2020 Under-19 Cricket World Cup.

The middle-order batsman made an unbeaten twenty-six against Police Sports Club as a debutant at the Nondescripts Cricket Club, Colombo.

He was picked to play for Galle Gladiators, following the Lanka Premier League 2021 players’ draft.

The Gladiators will be hoping the former Zahira College cricket player can work wonders for them. He has an excellent average, considering he only turned twenty in 2021.

Besides these cricketers, there will be many star cricket players from South Asia featuring in this event, They include the likes of Shoaib Malik (PAK), Imran Tahir (RSA), and Thisara Perera (SRI).

The tournament format consists of a round-robin and play-off phase.

Colombo’s R. Premadasa Stadium and the  Mahinda Rajapaksa International Cricket Stadium in Hambantota are the two venues for this competition.

Hambantota will host the night final on December 23, 2021. Galle Gladiators versus Jaffna Kings will begin proceedings on December 5, 2021.

Cricket fans will be closely following this league, hoping for some exhilarating action and some fine performances.