Why Google Assistant is so Exciting and Innovative

As the impressive Google Assistant becomes available more widely, DESIblitz breaks down what’s so important about the program.

The Assistant can learn from your replies and tailor its own responses to fit them.

Personal assistants in smartphones are becoming an ever-increasing feature of modern life. Since the inclusion of Siri in the Apple iPhone, we have had the likes of Cortana from Microsoft and, most recently, Google Assistant.

It is Google Assistant, however, that has proven the biggest hit. Since its launch in 2016, commentators have remarked how much smarter the program is than its competition.

Versatile and adaptive, the app puts the personal back into smartphone personal assistants. As a result, it hails as one of the most exciting technologies around right now.

Much of the Assistant’s praise results largely down to its ‘smart reply’ feature. The Assistant, through this, can learn from how you reply. Thereby, it can tailor its own responses to make the experience more personal for you.

This feature also provides many useful benefits. Through learning your common replies, Google Assistant can make, for example, your predictive texts more useful and accurate.

At the same time, it has a number of contextual functions that exceeds those found in Siri or Cortana. By utilising your Google data, the personal assistant can offer everything from reminders about what you’re doing today, to more information about where you are.

With other personal assistants typically restrained to daily planning and basic reminders, this puts Google Assistant ahead of the pack in a considerable way. 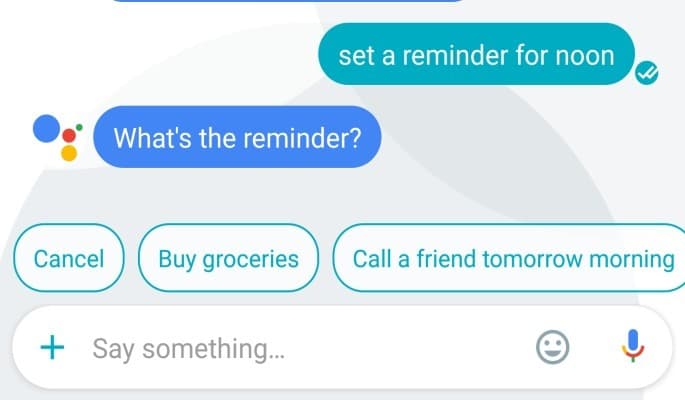 Equally exciting, however, is how the Assistant has become widely available.

Previously, it was limited to the Pixel and Pixel XL. Considering the high price that these new devices run at, this meant few could get their hands on the impressive program.

In late February 2017, it was announced that the personal assistant would be compatible with any smartphone using Android 6.0 or above. As before, this still reserved the Assistant for the higher-end Android devices, as well as Android tablets.

Now, however, Google Assistant is available to use on Android software as low as 5.0. The exact process of achieving this requires tweaking the code of the app. Yet reports indicate that Google Assistant functions as usual even in this.

For full details on how to install the Assistant, visit this XDA thread on the subject. It is a possibility that Google might patch the exploit out, so those interested should act quickly. However, there is the risk of damaging your smartphone’s software if you attempt this.

Nevertheless, even if this particular expansion is patched out, it remains that the personal assistant is becoming increasingly available for smartphone devices.

Indeed, even aside from the XDA method, Google recently announced in May that the Assistant will come to iPhone soon. This will be through a downloadable app.

Ahead of the Competition

As perhaps powerful and versatile personal assistants around, then, the increasing expansion of Google Assistant makes the program only more exciting.

With many people revolving their days and activities around personal assistants, these programs have become hugely popular. As more and more are released and developed, however, the competition only gets fiercer.

Google Assistant so far remains at the top of the pile. Smart, adaptive and versatile, it is a powerful tool for anyone looking for a personal assistant built into their smartphones.

As it becomes more widely available, all avid smartphone users should keep an eye out to see if they can test it out for themselves.

To see more of what it can do, check out its website.

Images courtesy of 9to5 Google, and LifeHacker.