E3 2017 is just around the corner. As developers and publishers prepare for the massive convention, DESIblitz lists the five things you should look out for.

There are rumours of a new Sony portable console being in the works.

June 2017 will see publishers and developers from across the world descend on Los Angeles for E3 2017. It is the biggest convention in gaming, and always the place of a number of exciting announcements.

Kicking off on 11th June 2017, this E3 hails as one to watch. Perhaps even more so than years past.

Much has changed since the 2016 convention. Nintendo has released a new console. Likewise, the PlayStation Pro has also made its debut. Meanwhile, Microsoft’s Project Scorpio remains, for the most part, hidden.

At the same time, many of the games revealed at E3 2016 have not been seen since.

In a number of ways, then, E3 2017 looks set to be highly significant. As we count down the final days before the convention begins, let’s also look at the top five things you should keep an eye out for. 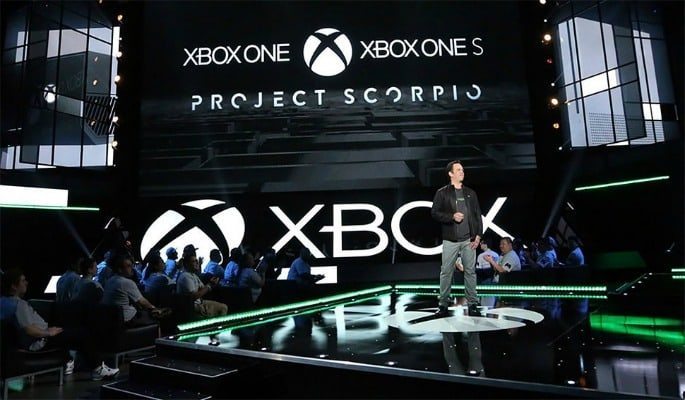 A greater reveal of Project Scorpio seems almost certain for E3 2017. After its initial confirmation in 2016, we’ve learnt only so much of Microsoft’s super-powered system. Indeed, it remains “Project Scorpio” because Microsoft has yet to announce its official name.

This and more should become revealed at the event. We should find out a price point, a release date, and the aforementioned name for the system. Considering that Xbox hasn’t followed a numerical approach to their console names, it’s hard to predict Scorpio’s official name.

Alongside this, we should also be getting plenty of demos to show off just how powerful the Scorpio is.

With the Scorpio looking more and more like a whole new console than the upgrade the PS4 Pro was, there’s much to be excited about. After the Xbox One’s struggles, it remains unknown whether Microsoft can pull things back with “Project Scorpio”.

PlayStation VR and A New PSP? 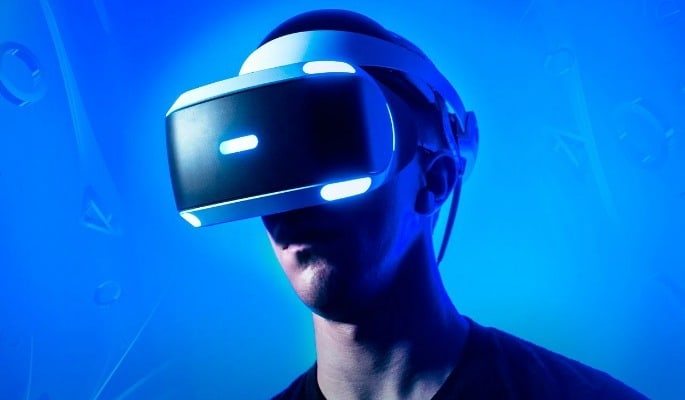 Not to get outdone, Sony will of course also show much at the convention as well.

Whilst their newest products like the PS4 Pro and PlayStation VR already released, Sony still has much to give. Especially with regards to their VR experience.

Since the initial release, PlayStation VR has somewhat fallen off the radar. This is despite its positive reception and plethora of compatible games on release.

E3 2017 acts as the perfect place for a comeback. We can expect new games for Sony’s VR platform, as well as new demos to show them off.

At the same time, there are also rumours of a new Sony portable console in the works. With the PlayStation Vita basically dead, and struggled when supported, it will be interesting if this proves to become true.

Considering Playstation Vita’s aforementioned struggles, the rumour may prove too good to be true. Yet if it is, we might expect some kind of confirmation, and even reveal, at E3. 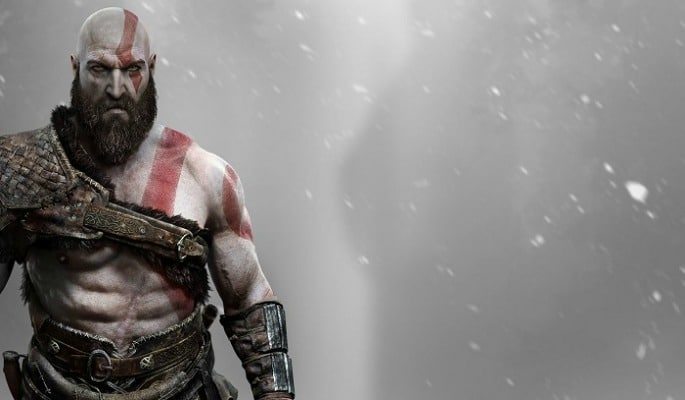 Even if VR and this rumoured portable console make no appearance, Sony looks to continue its impressive line-up of exclusives.

Many of these became announced in 2016. Yet have not been seen since, making their expected appearance at E3 2017 only more exciting.

Chief among these are the likes of the new God of War. The latest entry in the PlayStation franchise proved a huge hit last year. It also seemingly marked a significant shift in what the series has previously become known for. This quieter, more intimate God of War will almost certainly make a return to the stage this year.

Alongside God of War is the new Sony-exclusive Spider-Man game. Like God of War, coverage of the game has been practically non-existent since its fleetingly brief tease last year.

Yet with the likes of Spider-Man 2 remaining popular, and from what was shown in the initial teaser, it is easily one of Sony’s most exciting upcoming games.

But there are plenty of others still. For example, The Last of Us Part II. No release date has been set for the game. Yet considering its following it seems almost certain that it will have a presence at E3 2017.

After hits like Horizon Zero Dawn, everyone will be watching to see if Sony can keep up this winning streak. 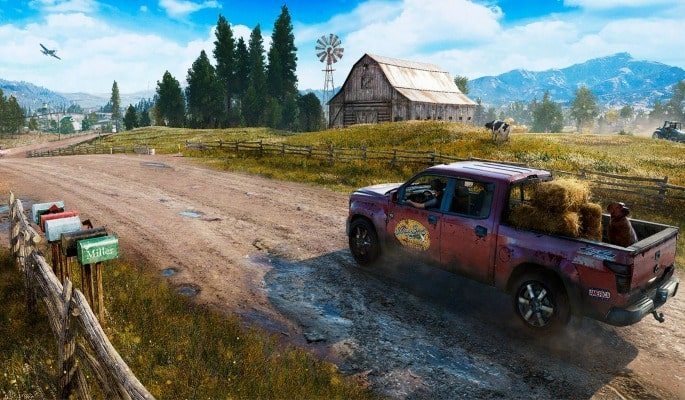 The other games lined up to watch this year come from Ubisoft. This year, the company made the interesting move of revealing some of their upcoming games ahead of E3.

As a result, we know that Far Cry 5 is on the horizon. But with the first teasers having been restricted largely to the game’s theme and setting, the actual gameplay remains to be seen.

Equally exciting is the already leaked “Assassin’s Creed Origins”. After taking 2016 off, the juggernaut franchise looks set to come back in force. With what appears as an Ancient Egyptian setting, the game will seemingly take a fresh look at the series.

Hopefully, the extra time of development will also mean a game less iterative than recent Creed instalments too.

Either way, after the year out, the world is perhaps ready for Assassins’ Creed’s return. The centre stage at E3 2017 would hail as the perfect place for this to happen. 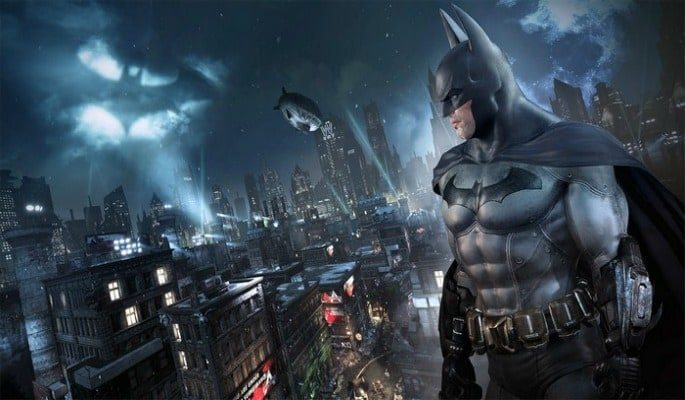 Undeniably, there will be more in store than what has been announced. Surprise announcements and reveals are a staple of every E3, as each publisher and company try to outdo each other.

What E3 2017 has in store on this front is anyone’s guess. It’s already been confirmed that the sixth entry in the Halo franchise will not be making an appearance, for example. Yet whether this means no new games from the franchise is unknown.

Likewise, there is an expectation that the long-rumoured Batman Arkham spin-off will be revealed at E3. Considering the extent of rumours that the possible game has created, it will be interesting to see what form it actually takes.

One can perhaps also hope for an announcement of what franchise stalwarts Rocksteady Games are working on. Our fingers’ are crossed for the much rumoured Superman game.

Aside from the tantalising expectation of surprises, E3 will also have more than what could be listed here.

For example, Call of Duty: WWII will become revealed in full, multiplayer and all. Likewise, Nintendo will also look to capitalise on the success they found in the Switch. Bethesda, too, will once again more host their own conference. 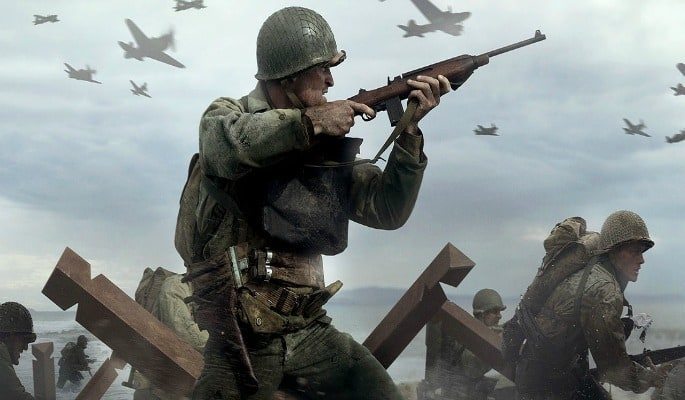 Needless to say, whatever your console of choice or genre of interest, keep your eyes peeled on E3 2017. The convention kicks off with the Microsoft conference 11th June 2017 at 2 pm PT (10 pm BST).

Live streams will be available via YouTube for those that won’t be there in LA.