Afsana Khan took to her Instagram handle to share pictures and videos from her big fat Punjabi wedding with Saajz.

“Our happily ever after begins now.”

She posted several photos from her haldi and mehendi ceremonies.

Afsana shared several photos from her wedding day, and captioned her post:

“Our happily ever after begins now.”

In an earlier interview, Afsana described Saajz as her “lifeline”:

“Saajz has been my lifeline and he stuck with me through thick and thin. And I will do the same for him always.

“That’s what true love is.”

Afsana re-posted several wedding videos on her Instagram Story, where she is walking down the aisle, in the company of her friends. 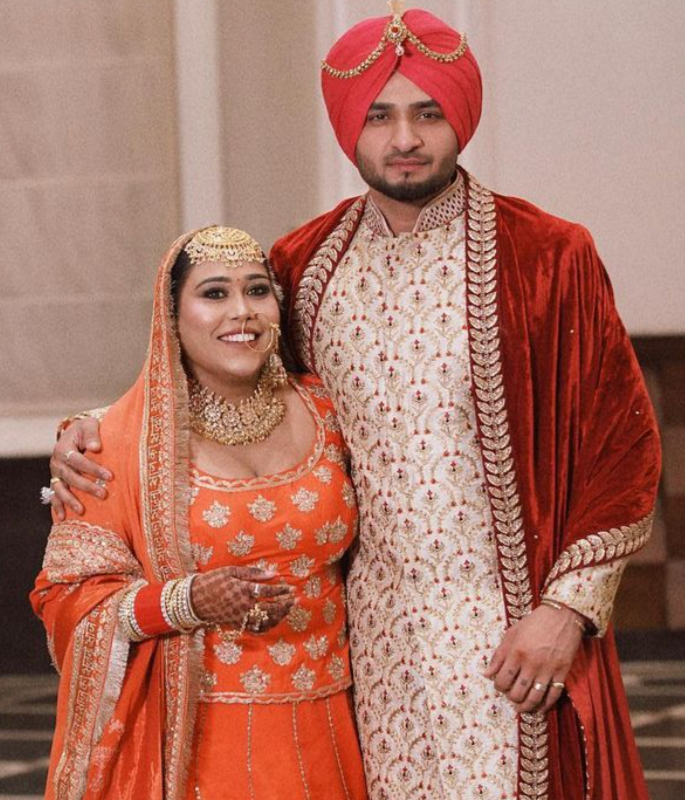 In other videos, she is also seen dancing with the guests.

In one video, she can be seen doing the kaleera-dropping ceremony. Rakhi Sawant requests her to drop it on her head.

Rashami Desai shared a picture of Afsana singing on stage opposite Honey Singh.

She wrote: “Congratulations @itsafsanakhan wish you happiness together.”

Afsana wore a heavily embroidered lehenga whilst her husband Saajz complemented her look by wearing an embroidered sherwani. 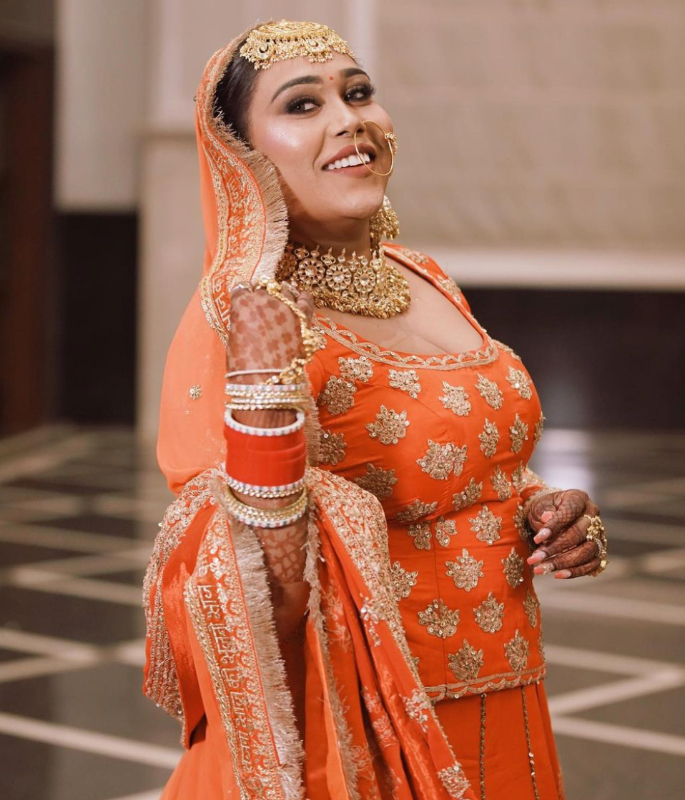 Before the wedding, Afsana revealed her excitement and said: “There is so much excitement but at the same time so much work.

“I’m not able to relax even during my spa.

“There are no wedding jitters. And I’m not scared. Just too happy.”

Afsana added: “I won’t reveal much, I want everyone to witness the madness we create.

“It’s going to be so much fun. You will see me as a bride for the first time and I’m extremely excited about it.”

Afsana revealed that she was flooded with gifts from her fans:

“Perfume, lehengas, I’ve received so much. And I won’t disappoint anyone. I’ll wear everything.”

With regards to her honeymoon, Afsana said: “We don’t have time for a honeymoon. My tours are booked and I’m busy.

“Just 10 days post the wedding I have my shows in Delhi and Dubai.”

Afsana Khan became known after competing in Voice of Punjab Season 3 in 2012.

After that, she lent her voice to several hit tracks like ‘Dhakka’, ‘Titliaan’ and others.

She participated in Bigg Boss 15 but was evicted quickly from the show after a brief stint.

Ravinder is a Journalism BA graduate. She has a strong passion for all things fashion, beauty, and lifestyle. She also likes to watch films, read books and travel.
Paige Sandhu to Exit Emmerdale as Meena Jutla
Shibani Dandekar Wedding Pics prompts Pregnancy Rumours