The first pictures of Farhan Akhtar and Shibani Dandekar’s wedding have gone viral but some netizens believe they are expecting a child.

Farhan Akhtar and Shibani Dandekar got married in an intimate ceremony on February 19, 2022, and the first pictures have gone viral.

The wedding took place at Javed Akhtar and Shabana Azmi’s farmhouse in Khandala.

It was a low-key wedding, with just a handful of guests attending.

Talking about the wedding, a source previously said:

“They wanted to keep it as basic and simple as possible.

“The guests have also been asked to wear easy colours like pastels and whites for the wedding. There won’t be a Nikkah or a Marathi wedding.

“Instead, they have chosen to make it an intimate vow ceremony.

“Both have written down their vows which they will read out on the main wedding day, which is February 19.”

For the wedding, Shibani went for a red off-shoulder gown and veil. She also styled her hair in soft curls. 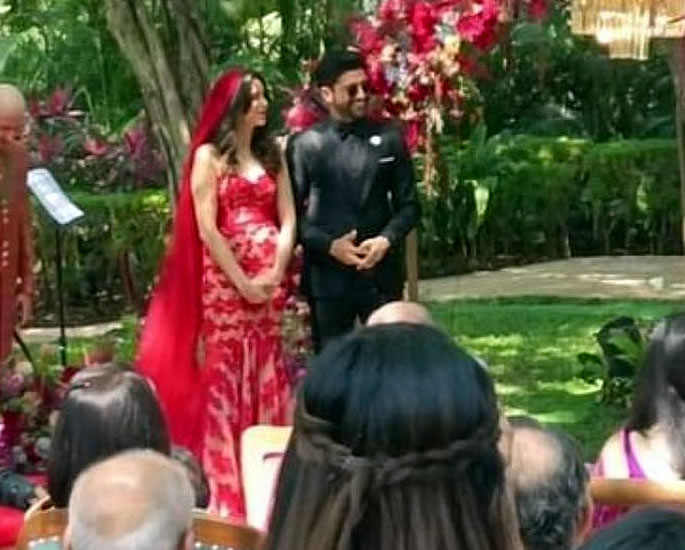 The photos led to a wave of congratulatory messages.

Some social media users believed Shibani was pregnant after spotting what appeared to look like a baby bump.

One person asked: “Is she pregnant?”

“She is expecting already, so they both married.”

But the speculation was put to an end after more pictures of the new bride went viral. 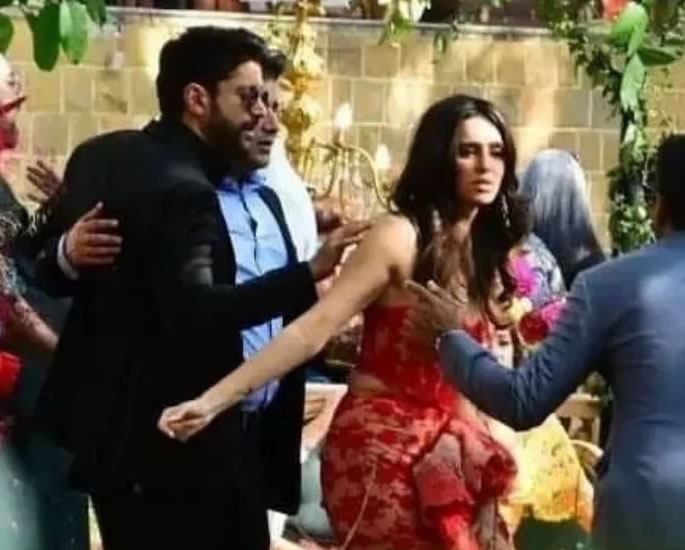 The pictures confirmed that Shibani Dandekar was not pregnant and that it was actually the pattern of her outfit that gave the illusion of a baby bump.

“For a sec I thought it was a baby bump but I think it is just the dress that makes it look like that.”

“Well, people grow up. No need to assume or make everyone pregnant.

“The other day they made Disha Parmar pregnant. I believe if y’all have so much interest, why don’t you all be pregnant!?!”

Disha Parmar had been spotted out wearing an oversized orange shirt.

This led to fans believing she was pregnant.

But Disha refuted the rumours and wrote: “Never wearing an oversized shirt ever again!

“Also for the ones calling and wanting to know… not pregnant.”

Dhiren is a journalism graduate with a passion for gaming, watching films and sports. He also enjoys cooking from time to time. His motto is to “Live life one day at a time.”
Bigg Boss 15’s Afsana Khan weds Saajz
How Abhinav Shukla’s Proposal to Rubina Dilaik went Wrong