Farhan Akhtar and Shibani Dandekar recently tied the knot in Khandala. The newlyweds took to Instagram to share pictures from the big day.

"With love from us to you."

Farhan Akhtar and his wife Shibani Dandekar have shared their first pictures since their wedding on February 19, 2022.

Taking to Instagram, the couple shared posts sharing moments from the wedding.

Sharing a carousel of pics from their wedding day, Farhan wrote:

“A few days ago, @shibanidandekar & I celebrated our union and we are deeply grateful to all those who did respect our need for privacy on the day.

“The celebration, however, is incomplete without sharing some precious moments with you and seeking your blessings as we begin our journey across the skies of time, together.

“With love from us to you.”

Shibani also posted two separate posts on Instagram, with multiple pictures from the wedding, captioning them “Mr & Mrs” and “Hey there husband”.

The actors’ posts received congratulatory messages from both fans and industry colleagues. 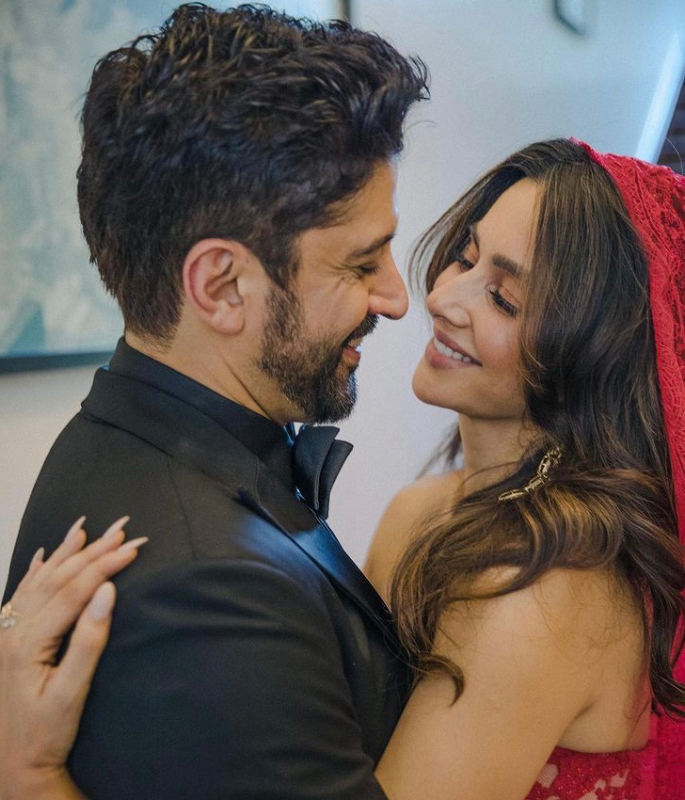 They tied the knot in Khandala at his parents Javed Akhtar and Shabana Azmi’s home, Sukoon.

The wedding was an intimate family affair, which was attended by several of the couple’s friends from the industry too.

Among the guests at the wedding were Shibani’s sister Anusha Dandekar, Rhea Chakraborty, Farhan’s sister Zoya Akhtar, Hrithik Roshan and his family, and Amrita Arora among others. 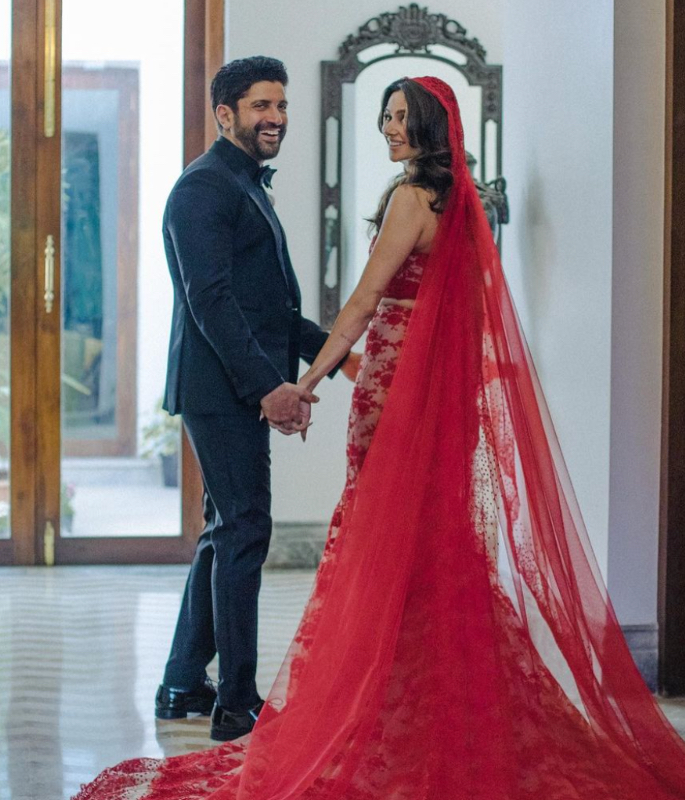 The wedding ceremony took place with Farhan dressed in black Indo-western attire and Shibani in a red gown with veil.

After the wedding, Shankar Mahadevan sang Dil Chahta Hai‘s title song as everyone swayed to the music.

According to reports, Farhan’s father lyricist and poet Javed Akhtar recited a poem for the couple at the ceremony.

Farhan and Shibani later registered their wedding on February 28, 2022, and hosted a party for their friends and family at their house in Mumbai later that day.

The two distributed sweets to the paparazzi standing outside their house.

Shibani and Farhan met on the sets of the reality TV show I Can Do That in 2015, where Farhan was the host and Shibani was one of the contestants.

Although they were rumoured to be dating soon after, they did not make their public debut as a couple until 2018, when they attended Deepika Padukone and Ranveer Singh’s reception together.

Earlier reports had claimed that they were planning on having a large-scale wedding in March 2022 but later amended their plans given the recent rise in Covid-19 cases.

Ravinder is a Journalism BA graduate. She has a strong passion for all things fashion, beauty, and lifestyle. She also likes to watch films, read books and travel.
Sukesh used Pinky Irani to contact Jacqueline Fernandez
A Diverse Rendezvous with ‘Doorman’ Cast & Crew