Paige Sandhu has confirmed that she will be leaving Emmerdale. The actress plays serial killer Meena Jutla on the soap.

“These scenes have been some of my most favourite"

Paige Sandhu has stated that she is leaving Emmerdale.

The actress, who plays serial killer Meena Jutla in the ITV soap, teased the dramatic end for her character.

Paige joined the soap in September 2020 and Manpreet Sharma’s estranged sister but has quickly become a soap favourite.

Revealed as a psychopath in 2021, Meena has murdered three villagers during her killing spree.

She pushed Leanna Cavanagh over a bridge to her death, beat Andrea Tate and left her to burn alive in a fire, and bludgeoned Ben Tucker to death at the Hawksford Outdoor Pursuits.

She was finally caught by Liam Cavanagh and he tried to kill her but failed.

Now in police custody, Meena admitted to killing Ben but insisted it was self-defence.

Paige explained how much she loved playing the scenes.

She said: “These scenes have been some of my most favourite scenes.

“Meena is at her best in these scenes, she’s funny, she’s wild, she’s scary, she’s created this plan which is so over the top, but just works.” 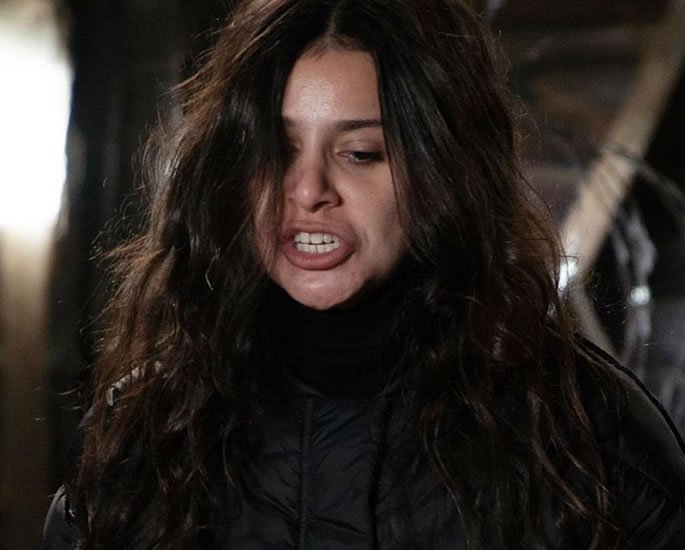 It is unknown how long the storyline will go on for but Paige confirmed that she would be leaving the soap.

Speaking on This Morning, the actress said:

“There are two people’s lives that hang in the balance over this week.

”This is the beginning of the end for Meena but there’s more drama to come!”

“I feel like I have the freedom to do whatever I want in a scene which probably means I go too far quite often.”

“I come with as many ideas as possible and play with them and see what works.”

She said: “The singing came from the writers.

“The first time I sang was when I was filming the murdering Leanne scenes and then it just kind of caught on.

“These scenes have been some of my most favourite scenes… Meena is at her best in these scenes.

“Where we were filming in the viaduct was so beautiful, it’s nice to have a different set.”

Paige teased her character’s “incredible ending” and admitted that it left her in tears.

She said: “The ending’s incredible, better than I could ever have imagined, and I have already started crying.

“[Meena] is a psychopath and believes nobody will ever get the better of her.

“Psychopaths are incapable of feeling fear like we can.”