Multi-award-winning entrepreneur and author, Sukhi Jutla, is the co-founder of the online marketplace, MarketOrders. In fact, she is one of the Top 100 Most Influential BAME Leaders in Tech.

After twelve years of working in the corporate industry, Jutla set up an ‘escape fund’ in order to launch MarketOrders in a bid to achieve her entrepreneurial ambitions.

MarketOrders is an online B2B platform for the gold and diamond jewellery industry connecting independent jewellers with wholesale suppliers.

Her experience in technology has led Jutla to pioneer new uses of technology and become a qualified IBM Blockchain Foundation developer.

As well as her success as a South Asian female entrepreneur, Sukhi Jutla is a leading international speaker, influencer and thought leader in tech.

DESIblitz speaks exclusively to Sukhi Jutla about her childhood, how she became a South Asian female entrepreneur and much more. 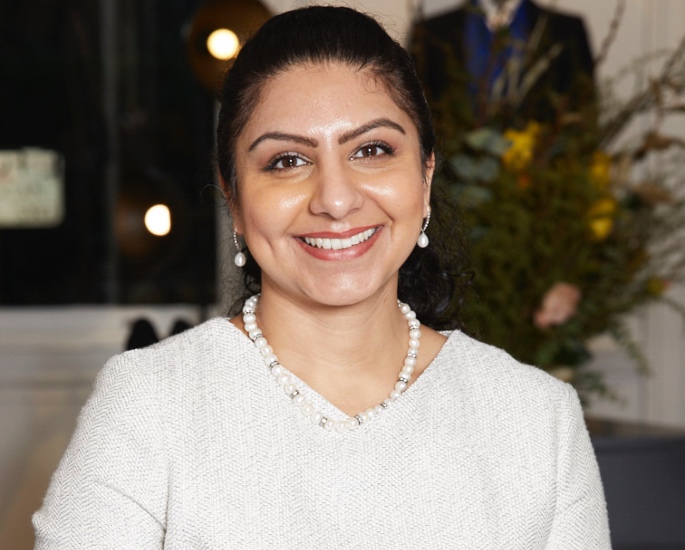 Born to an Indian family in Southall, London, Sukhi Jutla describes her fond memories during her childhood. She recalls:

“I was born in Southall and spent most of my childhood playing in the park behind our house or choosing books from the local library.

“While other kids my age were reading Roald Dahl, I’d be devouring the biographies of Sir Richard Branson, Bill Gates, and Mother Teresa.

“My parents moved here from India in the 70s and were extremely hard working: mum was a cashier at Barclays and dad juggled factory work and night shifts at an off-licence. I never once heard them complain.

“Growing up in a Punjabi culture, there was an assumption that my sisters and I would get married, have kids and be home-makers – but I was always very ambitious and grew up wanting to be an astronaut or a doctor.

“From the age of 16, I had a weekend job at the American Express currency exchange booth at Heathrow Airport. I thought the businesspeople I served were so glamorous: I wanted that life.”

With her ambitions and aspirations set in place, Sukhi Jutla revealed her parents’ reaction to her career decision. She says:

“I think most parents would have some doubts about their daughter leaving a well-paid secure and comfortable job to pursue a much riskier and more unconventional path as an entrepreneur.

“But I have their work ethic and the harder I worked and got results the more assured they felt I had taken the right path.

“Personally, I believe when you have 100% confidence and courage in yourself, it becomes easier for family to support you too!”

Jutla’s determination coupled with her parents’ support allowed her to achieve her ambitions and thrive as a successful entrepreneur.

Speaking about when she realised the ‘entrepreneur’ in herself, Sukhi Jutla discloses:

“Upon securing a highly sought out graduate position with a top US investment bank, within a few weeks I knew it wasn’t the place for me.

“I found I didn’t actually enjoy working for banks. This then led me into management consulting which I enjoyed much more and after 5 years I set up my own financial consultancy company.

“After a few years, I decided I wanted to leave banking altogether and work on something that allowed me to use more creativity and have a greater sense of freedom over my lifestyle.

“I also became quite disillusioned with the corporate way of life. I found the 9-5 grind boring and stale. I also discovered the bigger the organisation, the slower they are to adapt to changes and this frustrated me.

“I wanted to do more than just wake up, go work and come home. I actually wanted to enjoy my work and feel like I was making a valid contribution.

“During my time on the corporate ladder, I tinkered around with multiple different business ideas that I worked on during my lunch breaks, after work and on the weekends; so that’s where my entrepreneurial streak started to show up!

“During this time, I wrote and published three books (using my lunch breaks to write the first draft!), re-trained as a life coach and started two other ventures in the jewellery space before settling onto MarketOrders.

“So, it has been a nonlinear journey to get to where I am today!”

“That is how I came to being an entrepreneur today as the Co-Founder & COO of MarketOrders.net.”

While it is difficult to be an Asian Woman entrepreneur, Sukhi Jutla acknowledges that with more Asian female representation, women can also thrive in this sector. She explained:

“There are many enterprising and inspirational Asian women entrepreneurs but that doesn’t mean many people know about them.

“I think it’s important that the media shines a spotlight on these entrepreneurs to encourage the next generation.

“The first time I saw such an example as a 10-year-old, was an article in my local newspaper about an Asian woman who has opened her own beauty salon and was running a successful business.

“I remember looking at her picture and for the first time thinking ‘I can be like her too’. When you see real-life examples who look like you, you believe in yourself even more and that can kick start your entrepreneurial path.” 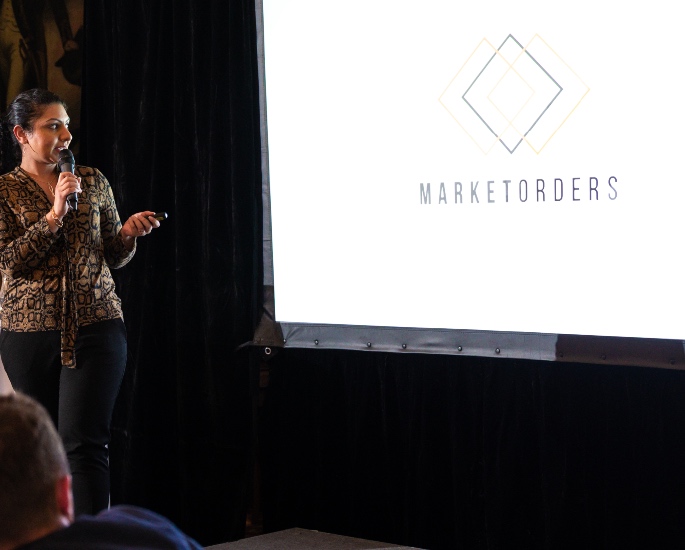 “I started a gold distribution firm called Lucky Gold as a side hustle back in 2009.

“That morphed into another company called Mangorena, which turned over £25m in less than three years but was completely unsustainable.

“I’d drive to jewellery shops in Scotland, take orders on a notepad, then fly out to Singapore that afternoon to buy the products from wholesalers.

“Our profit margin was less than one per cent because operations were so inefficient. MarketOrders, launched in 2016, is the phoenix that arose from the ashes.

“This time, we digitised everything. Our online marketplace helps independent jewellery retailers to get products faster, cheaper and direct from suppliers using blockchain technology.

“We raised over £400,000 on CrowdCube last year and MarketOrders was named as one of the country’s top tech firms founded by women.”

Jutla continued to explain what attracted her to blockchain. She reveals:

“During my time working in banks, I came across blockchain technology and started to read about it, watch educational videos and listen to podcasts about it.

“I wrote two books on the topic of blockchain technology: ‘The Fintech book’ and ‘Blockchain for authors’.

“Ironically. it was my self-help career book, ‘Escape the Cubicle: Quit the Job You Hate, Create a Life You Love’, that was published using blockchain.

“This was revolutionary as it meant I could now sell my books directly to readers and get paid instantly rather than go through publishers who are middlemen who often add layers of inefficiency into the process and can take up to 3-6 months to make royalty payments compared to payments on the blockchain that can take seconds to settle.”

Not many British South Asian women are in tech. Why is this?

“I did notice in banking and in tech, there weren’t many women at the top levels, but this actually motivated me to work harder to reach those levels.

“I made a decision that my gender would not be a negative and I believed that anyone could do anything as long as they worked hard.

“What I love about working in tech is that technology is inherently a democratising tool. Anyone around the world can now be a business owner if they have access to the internet and a smartphone.

“I think if you focus on what you love doing and believe in yourself, nothing should stop you.”

“Tech does have an image problem in that most people think you need to be a coder or programmer to work within technology, but this is certainly not the case.

“Technology is a collaboration of art, design and creativity to create solutions to problems, and that means there are so many different routes into this field, such as social media, graphic design and project management.

“I used to be a business analyst and project manager and I took all these skills and applied it to my tech startup. Don’t forget that you can also re-train and upskill at any time in your life.

“For example, I upskilled by training as an IBM blockchain developer to help me understand blockchain technology and how I could apply it to MarketOrders.” 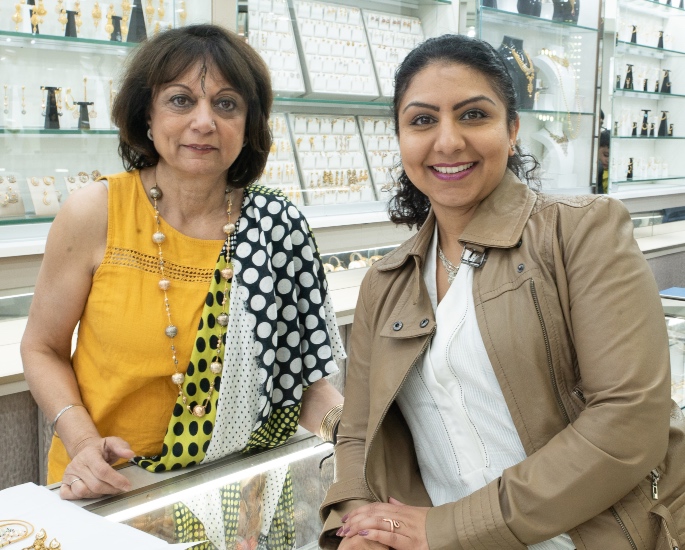 Having motivation for the work you do is essential and is something Sukhi Jutla strongly believes in. Speaking about what keeps her motivated, she explains:

“There is truth in the phrase ‘Do work you love, and you’ll never work a day in your life’. I genuinely love the work I do.

“I feel it has an impact on my customers and I feel my skills are in total alignment with what I enjoy doing. This is what motivates me each day to work on my business, knowing I am making a difference and expanding my potential daily.”

We asked Sukhi Jutla how she deals with failure to which he responded:

“I personally believe there is no such thing as failure. Instead, I choose to rephrase it as a form of ‘feedback’ that didn’t quite go the way you want it to!

“So, you can turn ‘failure’ into a positive opportunity to learn, adapt and try again. If you cultivate the right mindset of growth and learning, then no experience is ever wasted. You can learn from every experience and that’s how I choose to view failure.”

“Just go for it! Don’t overthink it. My only regret is not doing it sooner. Today there are so many programmes and free content and support available online.

“Test out your ideas on a small scale and you will learn all you need with each step you take on this journey.”

Sukhi Jutla’s inspiring journey proves you can turn your life around if you are determined to pursue something you love.

She is recognised for several industry awards including a Top 100 European Digital Pioneer by The Financial Times and Google, Asian Women of Achievement Awards and Management Today’s ’35 Women Under 35′ to name a few.

To find out more about MarketOrders, you can visit their website here.

Ayesha is an English graduate with an aesthetic eye. Her fascination lies in sports, fashion and beauty. Also, she does not shy away from controversial subjects. Her motto is: “no two days are the same, that is what makes life worth living.”
Indian Restaurant shut down for Breaking Covid-19 Rules
Boy aged 14 arrested for Murder of Restaurant Boss