Saira Hussain is an influential woman in architecture. We chat to Saira about her career and how she is encouraging other Asian women to follow suit.

"I have studied 'the future of earthquake design in Pakistan'"

The super talented Saira Hussain originally from Burnley is making a big impact in the UK and beyond as a successful architect.

The multi-award-winning designer with several years of practice experience is an influential person in her field.

Saira, an architecture graduate from Huddersfield University is the founder of Hussain Architectural Design (HAD).

Saira Hussain has been running the female-led practice since 2011. She began the business from the age of twenty-three during a period recession, when construction was suffering the most.

After initially setting up from a bedroom in her parental home, she went onto establish a small office in Burnley to professionalise the business.

With the passage of time and work picking up, Saira made the decision to hire the services of a former school friend, Nixi Edwards.

Having a strong design team under her disposal, Saira has a very strategic and creative approach to architecture.

For Saira Hussain, sustainability is at the core of her thinking. As an advocate in her chosen career, Saira encourages other women to join the construction industry.

Saira is also giving something back to the community by teaching GCSE design and construction at schools in Burnley as and when needed.

DESiblitz presents an exclusive Q&A with Saira Hussain about her background, profession and advice for others: 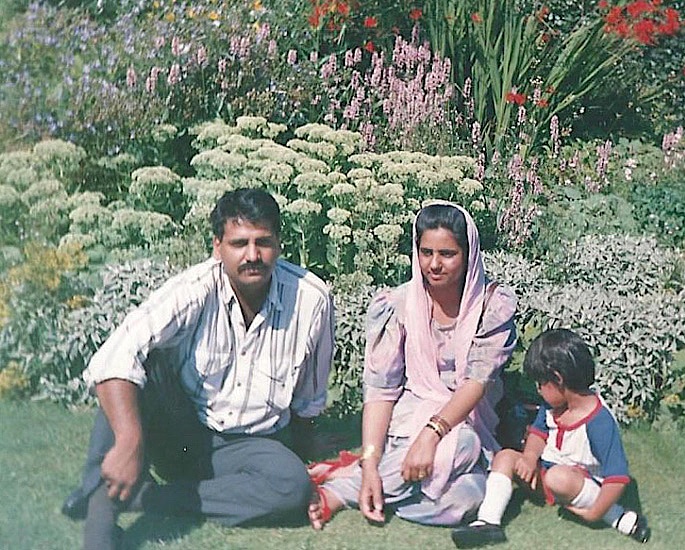 Tell us about your childhood and parental background?

I was born in Burnley, Lancashire. I am the middle child with one sister and two brothers.

My dad studied Electrical Engineering and Electronics at Liverpool University and worked as an Engineer from 1984-2006.  My mum bought me and my siblings up.

We had an amazing childhood. I remember my parents would take us to pantomimes, country retreats and regular trips to London. They were very big on education as we were privately tutored in Maths, Science and English.

My sister and I would write book reviews in our spare time. Sometimes we would sneak into the loft to take the paper from my dad’s old University files to draw pictures and create our own books.

When did you first know architecture was for you?

I developed a deep interest and passion for a combination of both Art and Mathematics in my early teenage years. I was mentored into the direction of Architecture by a high school deputy headteacher.

There is an interesting relationship between mathematics and architecture. That relationship is, at times, a partnership where one draws equally upon the other.

At other times it is the complete opposite where old standards are unwilling to give way to new discoveries.

My interest in art is not confined to any one period. The goal is to deliver architecture that is considerate of, but challenges, it’s brief as well as its context both strategically and spatially.

“It should be both enjoyable and easy use, something that provides a beautiful experience and visual delight.”

Making a place, as well as a building that works well within these criteria, is crucial to ensuring its longevity. What defines its architecture is also important. 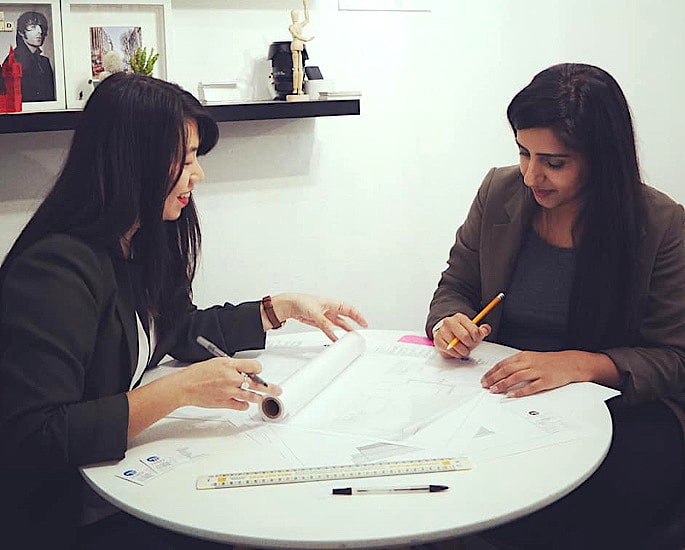 Why architecture and not a doctor or lawyer!?

I had no interest whatsoever in medicine or related subjects. Sometimes I think I’d have made a good lawyer but it wasn’t for me. All my siblings have studied law and we have a family law firm.

I have however been involved in parliamentary debates, both here in the UK and in Brussels at the EU Parliament discussing ”Architecture & Well-being” which was attended by other experts such as medics.

Whether people are healthy or not, is determined by their circumstances and environment.

To a great extent, factors such as where we live, the state of our environment, genetics, our income, education and our relationships with friends/family all have considerable impacts on our health.

I continue to design buildings to promote well-being.

Tell us about your business and its expansion?

Hussain Architectural Design (HAD) was founded in 2011 in a first-floor office on top of an insurance company in a rundown area of Burnley.

Three months into setting up the business I was joined by my high school friend Nix Edwards for some work experience.

“We spent a year building up a portfolio, often working for next to nothing or free.”

We then moved to Burnley town centre where we started working with Burnley Council. As things picked up, our team expanded.

Four years later we opened in Blackburn, then Manchester and London. It’s been 8 years of nonstop madness. I’ve had some ups and downs but regret nothing!! 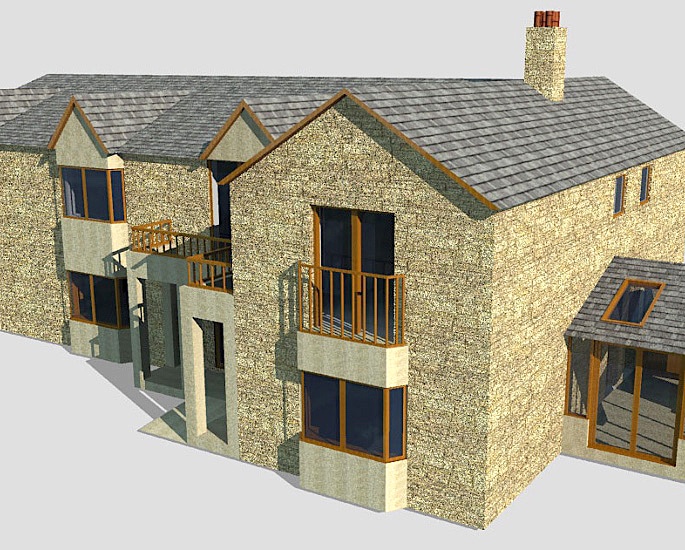 What challenges have you had as an Asian woman in your career?

I was always told that the construction industry was ‘no place for a woman.’ I understand that women make up only 11% of the industry, facing massive barriers on a daily basis.

However, I feel both the image and culture of construction is slowly changing.

As an Asian woman, I will continue to work towards fighting for better conditions and more flexible working policies that allow both men and women with other responsibilities to work within the industry.

I carry out design classes/talks in schools, colleges, and universities to encourage young females to join the industry.

Women make up half our population. Thus, it is right that we see them able to fulfill their potential and thrive in careers across our economy, including construction.

Women are doing some of the most prestigious work in the UK but nobody knows who they are. This is something I want to change!

Why are there not many women in your profession?

Building things is still very much a man’s world, particularly in the construction industry. This is unlike medicine or law, where it’s been fully balanced over the last decade.

The construction industry remains over 95% male; being a young female I’ve had to work exceptionally hard to be accepted in the field.

“So often we still see women feeling ‘shut out’ of certain careers or routes into work.”

We know that this sense of some areas being out of bounds includes the construction industry. Despite the incredible opportunities, it can offer it is seen as “something for the boys.”

For many, a job in construction too often still conjures up an image of a man in a high-vis jacket on a building site. 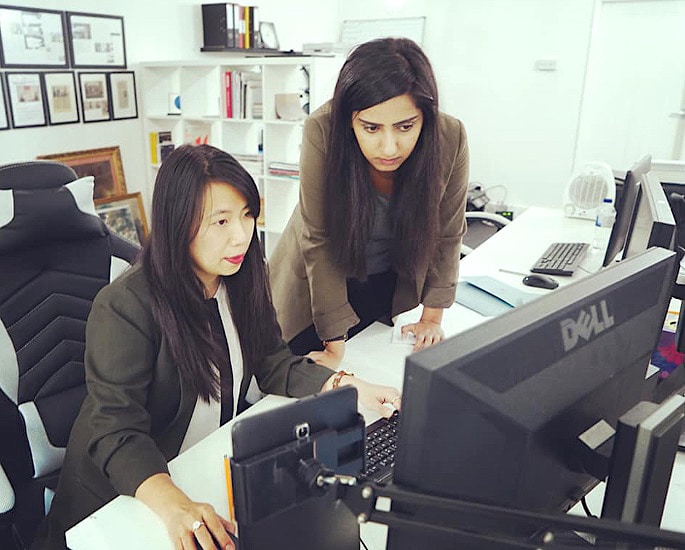 How do you cope with stress?

Exercise is really important to me, with it being therapeutic. If I’m ever feeling stressed or like I’m about to have a meltdown I’ll put on my headphones and head to the gym or out for a jog in Spinningfields along the riverbank.

I work late as many entrepreneurs do. But I’ve found that the closer I work to sleep time, the more I think about work issues when I’m trying to get to sleep. I’ve learned now to separate work from sleep.

Also a while ago I started making a list of all the things I do. Then, I looked at who else within the business could do those things and began to delegate more.

I’ve also started taking more time out for hobbies, holidays, etc. You’ve got to give yourself time off to relax, particularly during challenging periods.

What kind of education and mindset do you need for architecture?

I studied A-levels and built a portfolio on the side of the university interview. Each Architecture School has its own requirements so it’s worth looking into this first.

You’d have to be good at freehand sketching and great at Maths. Architecture has a high drop out rates due to the intensity and duration of the course.

I’d advise you to apply for some work experience at a local architectural/ planning practice. I’ve seen many Architecture graduates who understand the theory of Architecture.

“However, some have no idea how to apply this. A balance is needed.” 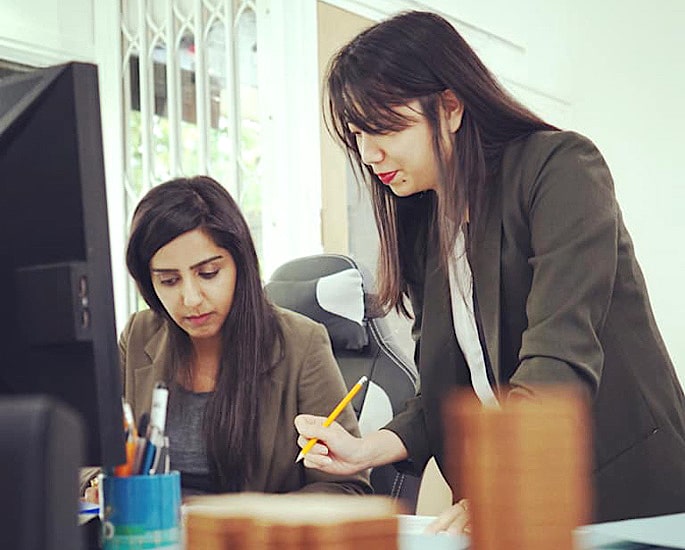 How would you encourage other Asian women into your field?

After winning the FSB Triumph over Adversity award I have also aided the Federation of Small businesses in research based on struggles faced by ethnic minority businesswomen.

I teach design/ construction and engineering at GCSE level when required by local schools.

I also participate in university open days promoting HAD and Architecture. My story to success is featured in the University of Huddersfield’s prospectus for the last five years or so.

I am also in all the UCAS booklets. Every day I receive emails and messages from young people, especially Asian women who have been inspired by what I have achieved.

I am often told it has encouraged them to study Architecture.

What is the most Desi thing about you?

Being of Pakistani heritage and from the recognition, I have received in the business and architecture industries in the UK I am now in discussions with developers in Pakistan.

I have been asked to design a retail outlet and have a considerable amount of requests to design luxury homes in major cities such as Islamabad and Lahore.

“I have studied ‘the future of earthquake design in Pakistan’ and hope to look further into this when working there.”

Maybe the most Desi thing about me is the need to promote positive attitudes towards people of Asian/Pakistani heritage through the work I do.

I also put the question to my friends on Instagram as I thought they’d be able to point this out better than I would myself, here’s the feedback I had: 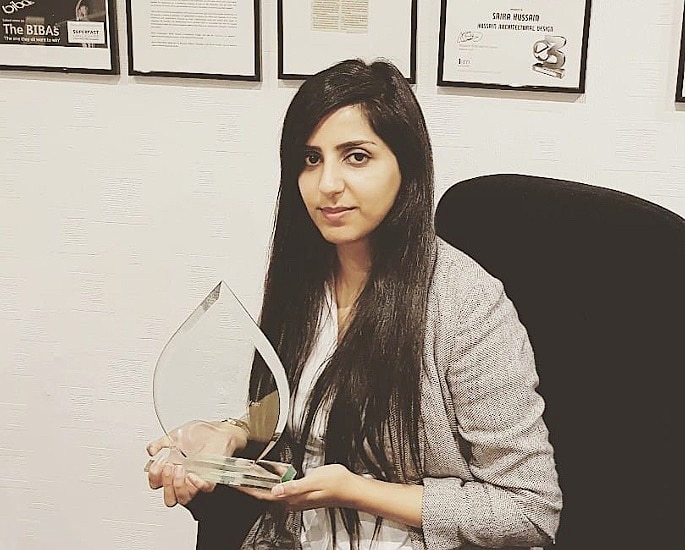 Ove the years, Saira Hussain has received numerous accolades. She won “Most influential woman in Architecture (UK)” at the 2017 Influential Businesswoman Awards, courtesy of Al Magazine.

In recognition of her work, she has two awards under the categories of architecture and engineering for Build Magazine.

Also in hounouring women of colour, she has also bagged ‘Entrepreneur of the Year’ at the Precious Awards.

Other big achievements of hers include appearing as a judge for the Emerge Architecture prize. She was also in attendance at the House of Commons for a debate on various subjects.

With so many accomplishments in quick time, Saira Hussain is a positive role model to other British Asians who have a keen interest in architecture.

Hopefully, her story will inspire others to join the industry.