A US Indian chef famed for her TV appearances on Food Network revealed what it is like transitioning into an entrepreneur.

US Indian chef Maneet Chauhan revealed what it is like transitioning from a chef into an entrepreneur.

She was a competitor on Iron Chef America and went up against famed chef Masaharu Morimoto prior to becoming a judge on Food Network’s Chopped.

Maneet recalled the experience with Masaharu:

“He’s one of the original Iron Chefs. And when I was at CIA [The Culinary Institute of America] we used to watch Iron Chef, and we’re like, ‘Oh my God, we need an opportunity to compete against him’.

“And in that competition, as I always tell everybody, I came a respectable second, among two people.”

It launched her Food Network career and she was later invited to compete on The Next Iron Chef, a show where chefs compete to become one of the culinary giants.

Ultimately, she became a judge on Chopped as well as other Food Network shows.

Away from TV, Maneet is an entrepreneur. She and her husband Vivek Deora founded Morph Hospitality Group in Nashville, Tennessee, which houses her four restaurants. 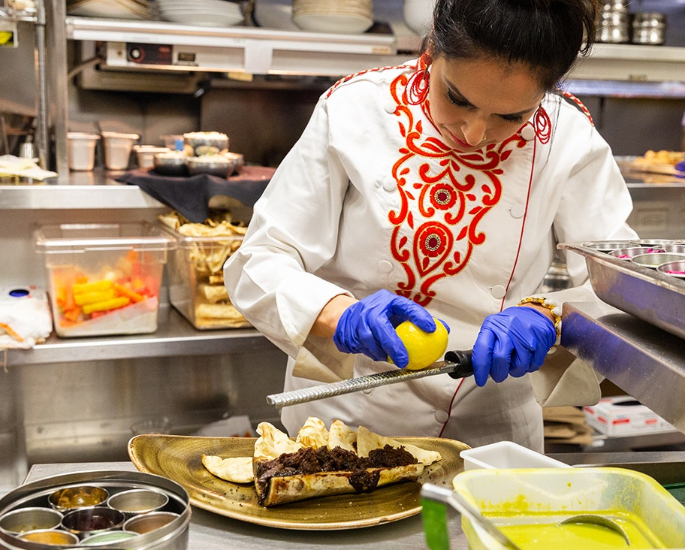 Maneet told Worth: “We get a phone call from Nashville, and they were like, ‘Hey, would you like to open something in Nashville,’ and when we came to Nashville what we really fell in love with was the opportunity that the city afforded us.

“It was an opportunity. Like, we could set up some things like Chauhan Ale & Masala House, which was our first restaurant.

“And we realised that that would be a great place because people already had started moving over here, and they were clamouring for something different, something unique.

“And we thought that we could get it and that would help us create a niche for ourselves.”

The chef and her team began looking at the gaps in the food market, resulting in the first upscale Chinese restaurant in the area.

They also partnered with renowned chef/manager team Brian Riggenbach and Mikey Corona to open The Mockingbird.

Independent from Morph, the husband and wife team also own a brewery called Life Is Brewing.

Maneet explained: “One of the biggest challenges with Indian food is the beverage list.

“Everyone thinks to pair Indian food with something really sweet so it will tame the spicy, but really it should be about complementing the flavours.

“It was from that idea that we decided to brew beers with spices in it and that’s how Life Is Brewing came to life, which has brews such as saffron cardamom IPA, or chai porter.

“And actually, Condé Nast named the saffron cardamom IPA as one of the seven best beers across the world.”

According to Maneet, it has become the largest brewery in Tennessee and perhaps the South, taking up 83 acres of land.

The company now brews beers for two other brands. 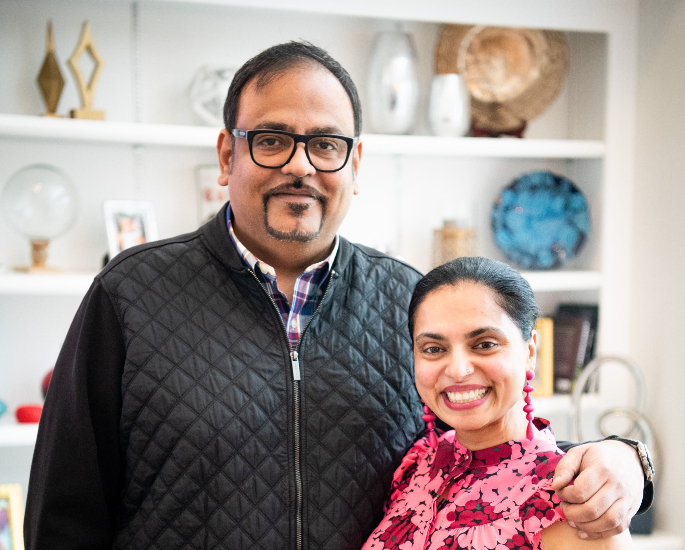 Maneet revealed she planned to be an entrepreneur from the beginning.

In her home country of India, she obtained a Bachelor’s degree in hospitality management before attending culinary school at CIA.

While she said that the education benefitted her, she admitted that the transition from a chef into an entrepreneur can be difficult.

Maneet elaborated: “It definitely was a switch because as a chef you’re only looking at one micro level of the entire organisation, which is the kitchen.

“But as a restaurant owner, you have to not only look at you know the front and the back, but you have to also set up goals for yourself, they have to be projections, they have to be the constant balancing of sheets, you’ve got to figure out what are the different aspects that you’re cutting costs, you’ve got to figure out how your top line is going to go higher.

“So there is all of that aspect, which, which is very exciting.

“So you just realise that your small world of the kitchen just expanded to a bigger world.”

However, Covid-19 had an impact on Maneet’s restaurants as well as other businesses.

Despite thinking that 2020 would be the best year yet, Maneet has a positive outlook on how the pandemic has impacted her businesses.

“It was definitely very, very difficult. And I think more so because of the fact that we had, like I was talking about projections, we got into 2020 with that entire heady feeling that this is going to be our best year ever.

“Like, we were beating projections for the last four years.

“So I think it kind of hurt us a little bit more in terms of, like the expectations versus reality, as my daughter was constantly saying.

“It was very difficult, but being in Nashville, it is definitely a little bit different from what it is with, you know, when I talk to my friends who are on either of the two coasts.

“We anticipated this happening. And we did the closure before it was mandated because first of all, the safety of our team members and our guests was paramount for us, and also we wanted to make sure that with the entire team we like, if they needed to file for unemployment or whatever they wanted to do.

“Very early on, we realised that our entire strategy would be to sustain because if we would have just even dragged being open for another week, the ability or the chances of us not opening again would have been very high, which is going to happen with a lot of restaurants right now because nobody knows how long this craziness is going to last.

“And then we started coming up with a lot of ways in which we can get revenue in, it was all of us partners we were all hands on deck, you know on deck.

“We were doing what needed to be done, we started doing takeout, we started shipping stuff.

Maneet stated that the hospitality industry is still male-dominated but it has seen a lot of change.

“It’s nothing that’s going to happen overnight, which I think all of us need to realise.

“It needs to change organically, and how that happens is, at least in my estimation, when the younger generation starts seeing more and more women in the industry succeed.

“So that I think is very important, to just get the new generation involved, [get the] new generation excited – that this is an industry in which you can get success and fame.”

“I am a slightly difficult person to ask this question because I came from India.

“And in India I literally did my externship in kitchens where I was the only girl in a kitchen of around 60 to 70 men.

“And so to me when I came over here and I would find even another female chef, to me I would be like, ‘Oh, we are already so far ahead of the game’.

“So I find that question slightly difficult only because I literally came from a place where people will literally [be] like, ‘Oh you’re learning, you’re in the kitchen trying to be a chef because you want to learn how to cook for your husband’.

“So, yeah. So like the bar was so low for me that anything beyond that was higher.”

When it comes to making progress for women in the industry, Maneet stated that it is important for women to keep pushing each other in order to make progress.

She also said that mentoring each other is very important.

Maneet said that exchanging success and failure stories as well as answering questions for those interesting in pursuing a hospitality career is beneficial.

Dhiren is a journalism graduate with a passion for gaming, watching films and sports. He also enjoys cooking from time to time. His motto is to “Live life one day at a time.”
7 Low-Carb Indian Food Recipes to Make
10 Keto and Low-Carb Roti & Flatbread Recipes