A lot of people are eating healthier by following different diets. Here are seven low-carb Indian food recipes to try out.

The cheese makes for a crispy samosa

There are many diets that people follow. One of those is a low-carb one.

A low-carb diet is one that limits carbohydrates. They are primarily found in sugary foods, pasta and bread.

Instead of eating carbohydrates, you eat whole foods including natural proteins, fats and vegetables.

A low-carb diet may be seen as the same as a keto diet but the main difference is carbohydrate intake.

On a low-carb diet, you typically eat between 50 and 150 grams of carbs per day. On a keto diet, daily carb intake is fewer than 50 grams.

When it comes to Indian food, it can be quite high in carbs. Fortunately, there are ways to reduce the number of carbohydrates.

Here are seven low-carb Indian food recipes to try out. 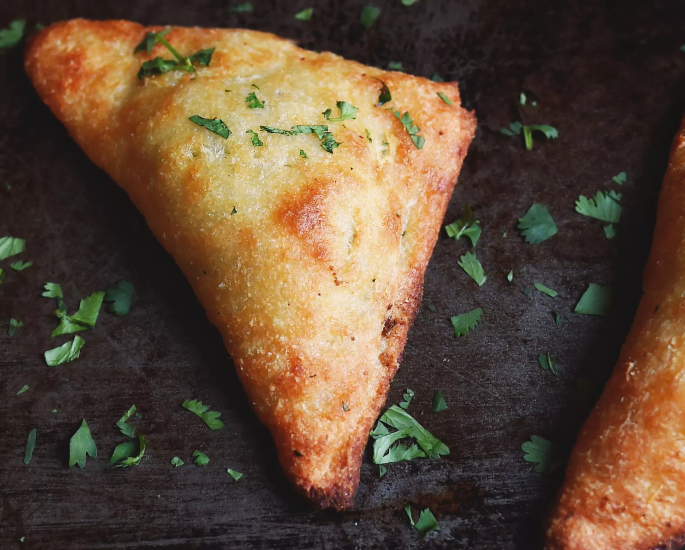 Vegetable samosas are very popular within Indian cuisine but are typically loaded with carbohydrates.

This low-carb version uses dough that is made from mozzarella cheese and almond flour, lightly seasoned with salt and cumin.

The cheese makes for a crispy samosa as long as it is part-skim and not fresh.

When combined with the filling, it makes for a healthier, but flavourful appetiser.

This recipe was inspired by Simply So Healthy. 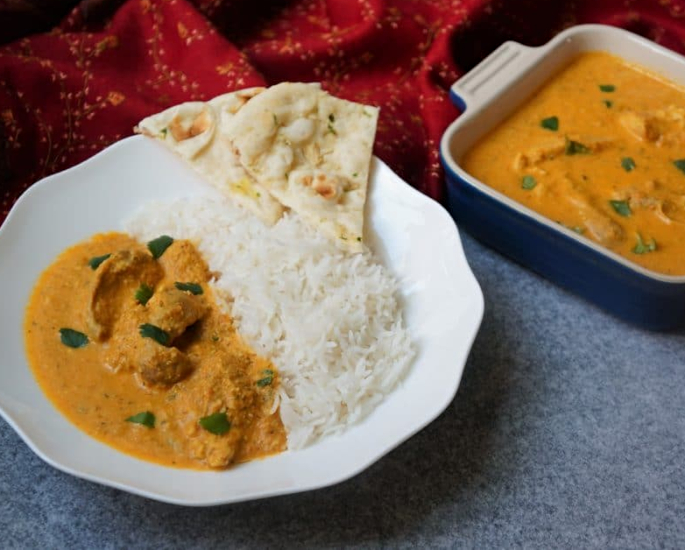 This low-carb butter chicken recipe is made differently from the normal version.

In a pressure cooker, all the ingredients are added except for the cream. The chicken is added on top before it is cut into pieces.

The cooked sauce is blended before it is served.

This recipe was adapted from Piping Pot Curry. 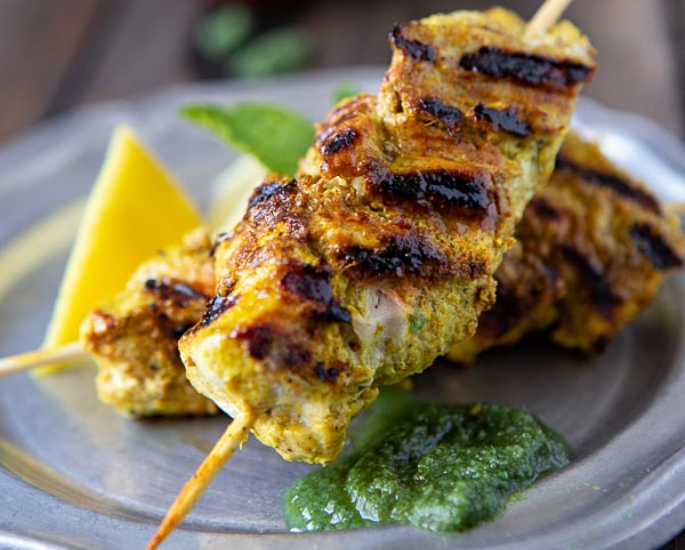 Another low-carb option to make are these chicken tikka skewers.

Pieces of chicken are marinated in yoghurt along with an array of spices and grilled.

The result is incredibly tender and juicy chicken. It is a favourite that tastes great alongside fresh raita.

This recipe was inspired by A Communal Table. 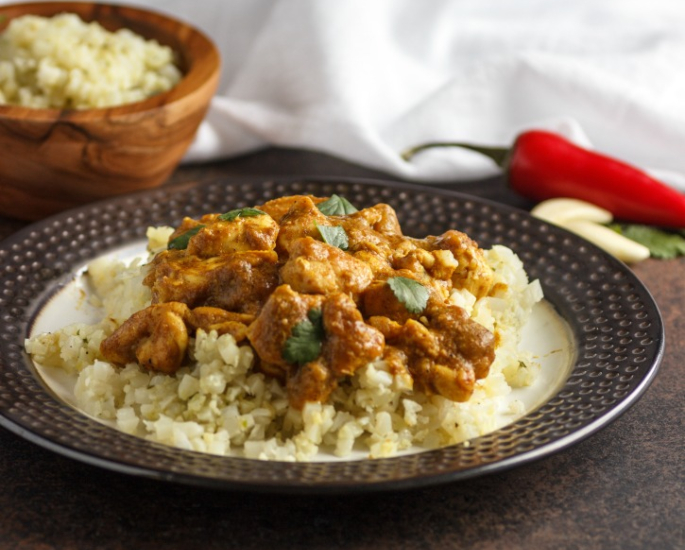 This chicken korma recipe is a low-carb version of the popular dish and perfect for those following a keto diet.

It has a subtle tanginess and is enriched with mild spices.

This curry is very tasty when served with cauliflower rice.

This recipe was inspired by Beauty and the Foodie. 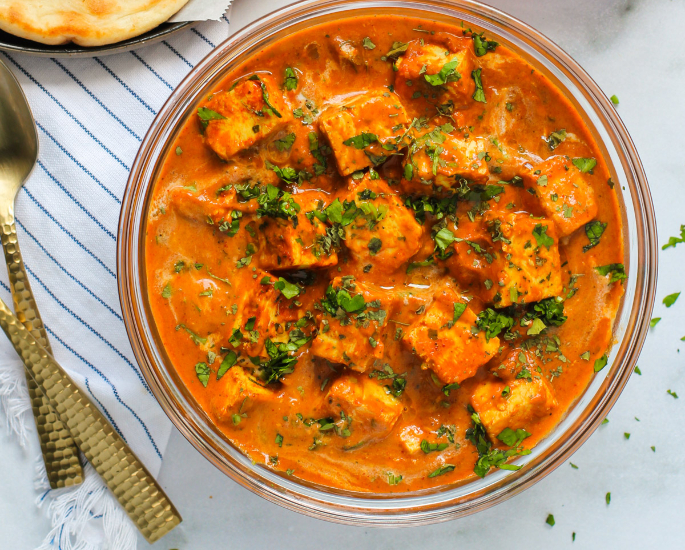 With most curries, they can be tweaked to create a low-carb alternative and this paneer makhani is no exception.

It is a decadent vegetarian dish that consists of a spicy tomato-based sauce cooked in butter.

It is garnished with heavy whipping cream, making a creamy, spicy, tangy and sweet curry.

This recipe was inspired by Keto Diet App. 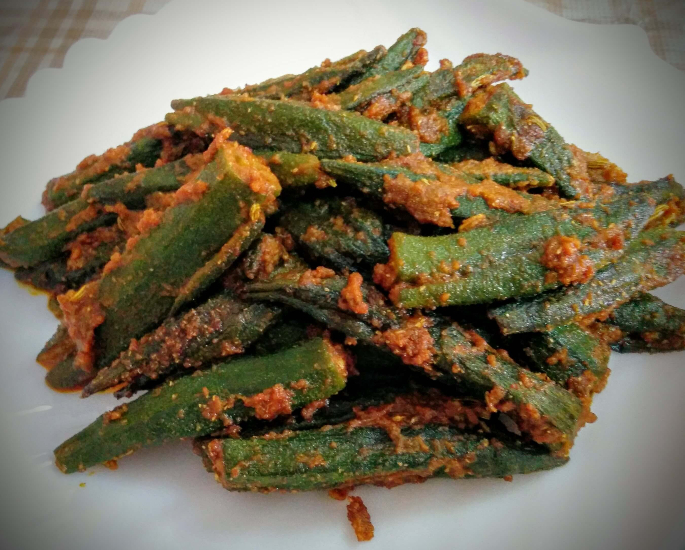 This is a popular side dish and one for those who are looking for delicious, low-carb Indian food.

Stuffed okra, or bharwa bhindi, is where the okra is stuffed with a spicy and tangy masala filling.

This vegan and gluten-free dish is perfect alongside roti or paratha.

This recipe was inspired by Piping Pot Curry. 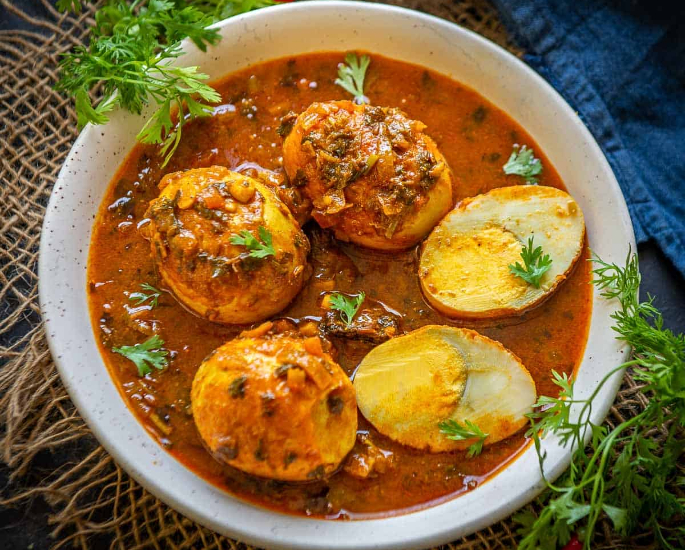 This keto egg curry is a rich South Indian dish perfect for a cold day.

Typically, this dish is fairly high in carbs. But reducing the amount of onion and garlic makes it a low-carb version and friendly for those following a keto diet.

Tomatoes provide a rich sauce while the array of spices give the dish its delicious flavour.

This recipe was inspired by Low Carb Maven.

These Indian dishes are perfect for those following a low-carb diet.

Many of them have minor changes, meaning that you will not notice the difference from their high-carb counterparts.

Offering layers of flavours, try these recipes out.

Dhiren is a journalism graduate with a passion for gaming, watching films and sports. He also enjoys cooking from time to time. His motto is to “Live life one day at a time.”
10 Best Brown Foods which Are Healthy
US Indian Chef explains Transition into Entrepreneur