DESIblitz pays tribute to Dr. APJ Abdul Kalam, the ‘People’s President’ of India. The visionary, scientist, writer and teacher passed away on July 27, 2015.

"The line which separated Dr. Kalam from the rest was not just his knowledge. It was his sensitivity and humility."

While it seems like the end of one great leader, scholar and beloved teacher of our era, in reality Dr. APJ Abdul Kalam will continue to inspire and influence many hearts in generations to come.

On July 27, 2015, at the age of 83, Dr. APJ Abdul Kalam passed away after a massive cardiac arrest while delivering a lecture to the students of the Indian Institute of Management in the Meghalaya state capital, Shillong, India.

Dr. Kalam, fondly called the ‘People’s President’ and the ‘Missile Man of India’ was one of the most celebrated scientists of this century.

As well as receiving numerous awards and honorary doctorates from over 30 universities, he was honoured with the ‘Padma Bhushan’, ‘Padma Vibhushan’, and the ‘Bharat Ratna’, the highest civilian award of India. 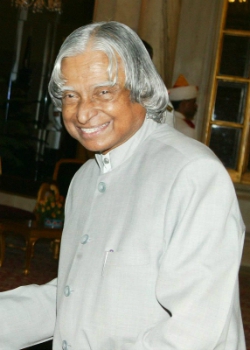 Born in Rameswaram in the state of Tamil Nadu, India, into a Tamil-speaking Muslim family, Abdul Kalam grew as a strong-minded youngster with a vision.

His family owned a ferry that transported Hindu pilgrims between Rameswaram and Dhanushkodi.

Life was hard and challenging for little Kalam along with his seven siblings. The small town had no electricity, only kerosene lit lamps.

His mother used to save kerosene so that Kalam could study late into the night. He used to distribute papers to houses to help support the family.

Despite a challenging upbringing, Kalam’s hard work paid off and he became an aeronautics engineer from the Madras Institute of Technology.

Here, Dr Kalam was regarded as the master brain of India’s missile project. For Kalam, hard work and determination was the key to his success:

“Have courage to think differently, courage to invent, to travel the unexplored path, courage to discover the impossible and to conquer the problems and succeed. These are great qualities that they must work towards.”

Dr Kalam finally came into power in 2002 as the 11th President of India with much support across the government and the nation. 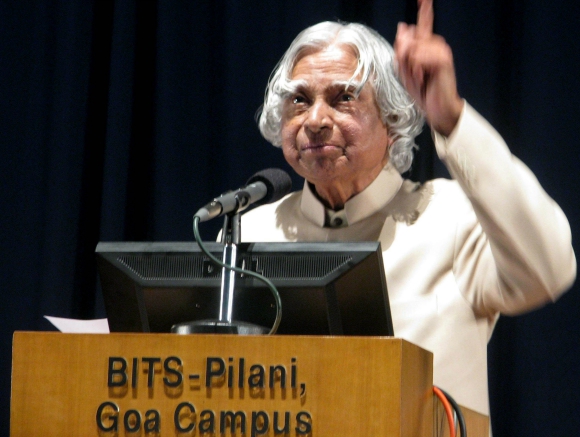 He was always keen to utilise any opportunity he had during his five years of addressing the youth and students, and made himself far more reachable to the people than any other president has.

Dr Kalam had expressed that the president’s house, Rashtrapati Bhavan, should also be a people’s Bhavan for them to visit.

As well as his prominent careers as both a scientist and president, Dr Kalam authored several books of non-fiction and biographical works. He even showed a special love for writing poetry. His non-fiction was primarily composed of manifestos for India in the wake of her future.

The book, India 2020: A Vision for the New Millennium was engineered to be a wakeup call to all Indians to come and join hands and make India a developed nation by 2020 or before. He strongly advocated the importance of knowledge in the way of discovery and success. 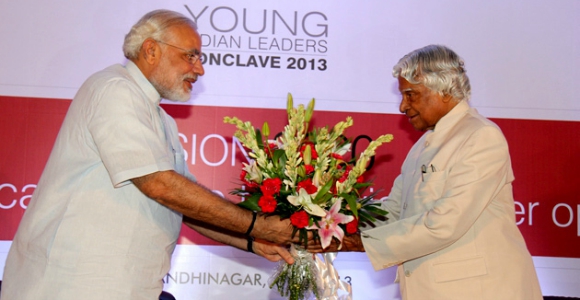 The former President also wrote his autobiography, Wings of Fire, which tells readers about unlocking their inner potential. He elaborates his own life journey in detail, particularly how he kindled and kept the fire alive within himself:

“Dream is not that which you see while sleeping it is something that does not let you sleep.”

In his book, My Journey: Transforming Dreams into Actions, Dr. Kalam writes:

“Over the years I had nurtured the hope to be able to fly to handle a machine as it rose higher and higher in the stratosphere was my dearest dream, I had failed to realise my dream of becoming an air force pilot,” he writes.

“It is only when we are faced with failure do we realise that these resources were always there within us. We only need to find them and move on with our lives.”

Some of his other inspiring books include, The Luminous Sparks, Mission India and Inspiring Thoughts.

Dr. Abdul Kalam was a visionary dreamer. He was a man who believed that great ideas can change the world. But he believed that such change is possible only when attitudes also change:

“All Birds find shelter during a rain. But Eagle avoids rain by flying above the Clouds.”

During his lifetime, he sowed the seeds of change into young minds and envisaged a revolutionised nation and a livable planet. 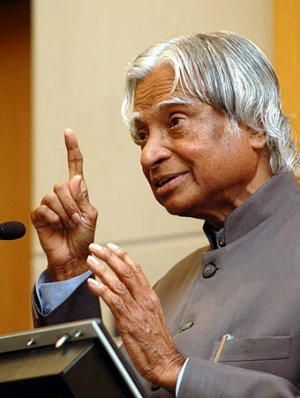 Dr. Kalam’s passing has been keenly felt by all that knew him. His personal assistant, Srijan Pal Singh, who was with him in his final hours said:

“When I was his student in 2008 at IIMA, he told me in an after-class conversation, ‘If you are blessed with intelligence, and empowered with education – it is your responsibility to change the world’. That statement changed my life.”

“To me the line which separated Dr. Kalam from the rest was not just his knowledge. It was his sensitivity and humility.

“He always introduced everybody as friend — whether it be his secretaries, his driver, his gardener, his cook or the people who maintained his house or even a stranger he just met.

“To him the world was truly flat, and there was no place for hierarchies and ranks in his life.”

DESIblitz salutes this inspiring visionary leader and the legacy that he has left for many Indians and future generations to continue.