The four men who were accused of raping and brutally murdering Dr Priyanka Reddy before setting her body on fire were shot dead by Indian police.

"Extrajudicial killings are not a solution to preventing rape."

Four men who allegedly raped and murdered Dr Priyanka Reddy were shot dead by Indian police during the morning of December 6, 2019.

They allegedly tried to flee the area while reenacting the crime to police.

Mohammad Pasha (alias Areef), Jollu Shiva, Jollu Naveen and Chintakunta Chennakeshavulu were believed to have carried out the attack on Priyanka in Shadnagar, Telangana.

On November 27, 2019, the four men saw the veterinarian arrive on a scooter. After exiting the vehicle and going into a building, the lorry drivers punctured the tyres.

When Priyanka saw the damage, the men claimed they could help her. They then dragged her to an isolated area where they gang-raped her.

Priyanka Reddy was then smothered to death before the men dumped her body below an underpass and set it on fire.

Prior to the attack, Priyanka had called her sister, explaining what had happened and stating that she was scared.

She promised to call her back but never did as the attackers had switched off her phone.

The horrific murder led to widespread protests, with many calling for capital punishment. 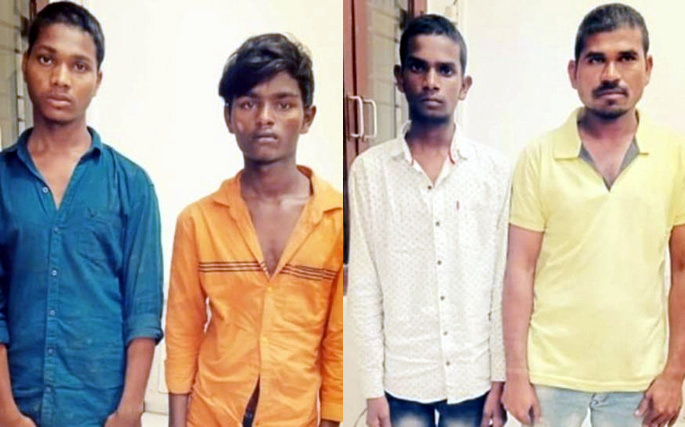 Following an investigation, the men were arrested. The protests continued with some people even trying to get into the Hyderabad Police Station where the men were being held.

At one protest in Delhi, some women brandished swords while in parliament, one lawmaker called for the suspects to be “lynched” and another for rapists to be castrated.

But on December 6, they were shot dead.

Police allege that the men tried to grab their weapons and escape. This led to the police firing at them and killing them.

News of their deaths spread and resulted in mixed reactions.

However, activists and lawyers accused the police of using “arbitrary violence” to avoid accountability.

Indian police are often accused of carrying out extrajudicial killings to get past the legal process especially in high-profile cases.

Human rights group Amnesty International called for a full and impartial investigation into the police encounter.

“Extrajudicial killings are not a solution to preventing rape.

“In a modern and rights-respecting society, using extrajudicial executions to offer justice to victims of rape is not only unconstitutional but circumvents the Indian legal system and sets a grossly-wrong precedent. An independent investigation is essential.

“The reported delay in filing the First Information Report by the Telangana Police in this case, coupled with the shoddy investigation and the general low conviction rate for those accused of rape, raises deeply disturbing questions about the state of justice in India.” 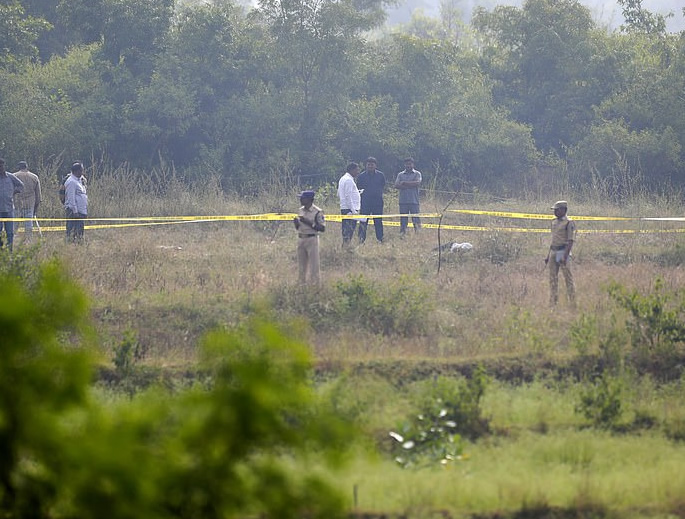 “They were killed in crossfire. They tried to snatch weapons from the guards but were shot dead.”

Hundreds of people gathered to the field where the men were shot. They celebrated by setting off firecrackers.

She said: “I am happy the four accused have been killed in an encounter. This incident will set an example.

“I thank the police and media for their support.”

“This action will not bring back our sister but it is a great relief.

“And I think this incident will make people think about doing such a thing again.

“I think such incidents will not repeat because of such actions”.

The Daily Mail reported that not only were there celebrations in Hyderabad but other parts of India were happy about the shootings.

However, the use of extrajudicial killings remains an issue as in many cases, they are used to cover-up botched investigations.

The four men were accused of killing Dr Priyanka Reddy but were not convicted of her murder.

Reacting to the shooting, Mankea Gandhi, an Indian parliamentarian said:

“It is a very dangerous thing to have happened.

“Those people, in any case, were going to get hanging as a punishment for the heinousness of the crime.

“But you cannot kill the people because you want to.”

Hence, raising questions if extrajudicial killings are a way of exercising the right justice in India for such heinous crimes or should there be other ways to tackle the issue of rape in India.

Dhiren is a journalism graduate with a passion for gaming, watching films and sports. He also enjoys cooking from time to time. His motto is to “Live life one day at a time.”
Indian Teacher shooting witnessed by Her Daughter aged 5
Pakistani Tycoon Malik Riaz Hussain agrees to Hand UK £190m