Protests to Hang Rapists of Priyanka Reddy surge in India

Following the horrific rape and murder of Dr Priyanka Reddy, protests across India have surged with many stating that the accused should be hanged.

"If you cannot do it, hand them over to us."

Protestors have called for the four suspects accused of raping and murdering Dr Priyanka Reddy to be sentenced to death.

Many people, including activists, gathered outside a police station in Hyderabad on November 30, 2019. They raised slogans, demanding for the accused to be hanged.

On November 27, Dr Reddy had been on her way home when her scooter tyre went flat. A police investigation later found that the tyre had been deliberately punctured.

After calling her sister, the 26-year-old veterinarian was dragged to an isolated area where she was knocked unconscious. The four men then took turns to rape her.

She was then smothered to death before dumping her body below an underpass. The men later doused her body in fuel before setting it alight. Her burnt body was found the next day.

After reviewing the CCTV footage in the area, the four suspects were arrested on November 29, 2019, and remanded to 14 days’ judicial custody.

The men were remanded in custody after the executive magistrate passed the order at Shadnagar Police Station.

This was because the suspects could not be produced before the court following the presence of the protestors who had demanded to take action into their own hands. 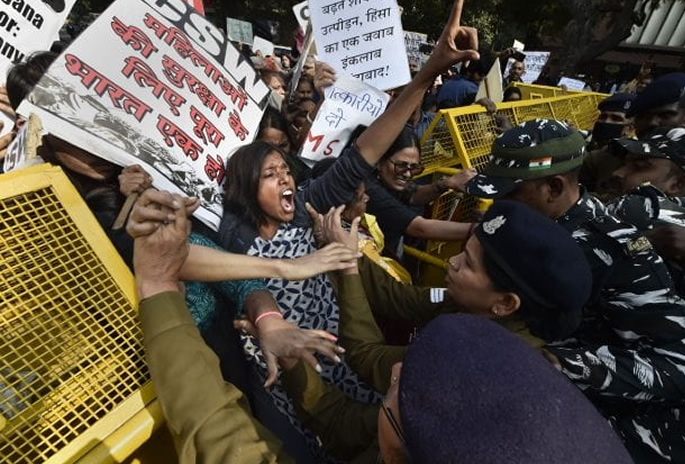 Slogans were raised against the four men and some of them even demanded that they are handed the death penalty.

Priyanka’s murder sent shockwaves across India, with many condemning her death. Others highlighted the concern for the safety of women in India. One protestor said:

“It is not enough if they are taken to court. They should be handed out the same treatment what they had done to the victim.”

Another person added: “If you cannot do it, hand them over to us.”

The number of protestors led to the police taking action in order to control the situation. As the four accused were being transported to a prison in Hyderabad, stones were thrown at the vehicle.

Officers promised that the accused would be convicted.

Protests lasted all day before the crowd eventually dispersed. Protests and vigils took place all over the state of Telangana and were held by various student groups and activists, demanding justice. 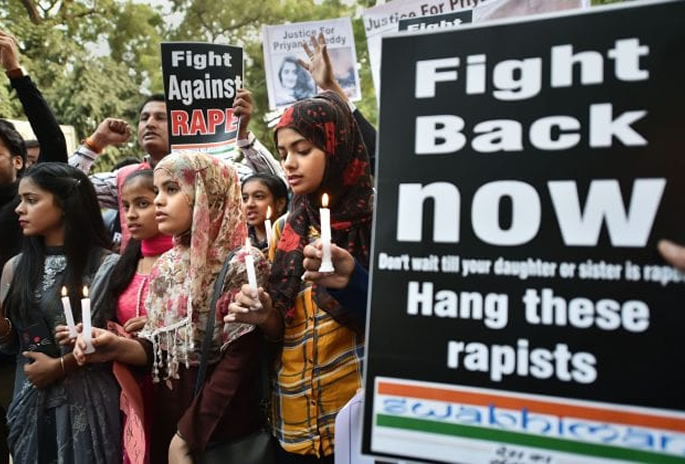 Over 6,000 people have signed the petition and the number continues to grow.

The local association of lawyers has concluded that they will not offer any legal assistance to the four men.

Dr Reddy’s father stated: “The culprits must be punished as soon as possible.

“Laws have been made, but they are not being implemented take Nirbhaya’s case, the culprits must be hanged till death.”

The families of the four accused have also called for strong punishment to be taken.

“If my son is wrong, burn him the same way she was burned. Isn’t the victim also the daughter of a mother?”

“I am suffering today, I can imagine what the girl’s mother is going through.

“You hang him, kill him or shoot him dead. Will you listen if I say I want my son back? You give whatever punishment. I have a daughter too.” 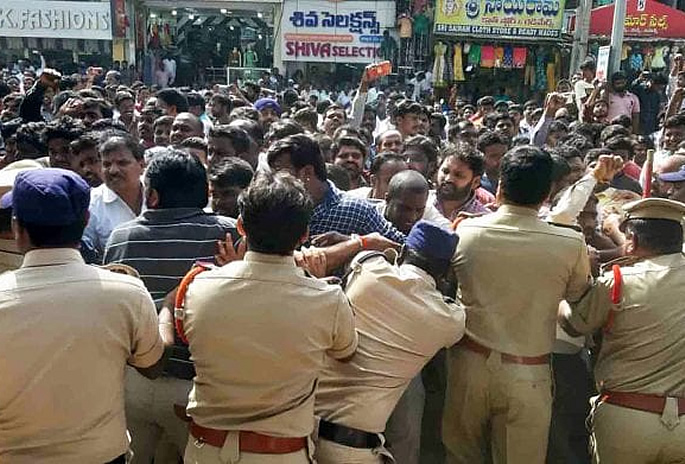 Shiva’s father revealed that his family has been humiliated since he was named as one of the suspects. He stated:

“I don’t want anything to do with my son. I have disowned him. I will not go to court when the trial starts either. He is dead to me.”

Telangana Governor Tamilisai Soundararajan assured the family of Dr Priyanka Reddy that “constitutionally and legally”, she would do everything to ensure quick justice.

She also announced that she has written to the state government, requesting for the case to be fast-tracked to court.

While there has been an assurance for immediate action, if the Nirbhaya rape case is anything to go by, then this may be another case, which does not see justice for the loss of an innocent woman.

Dhiren is a journalism graduate with a passion for gaming, watching films and sports. He also enjoys cooking from time to time. His motto is to “Live life one day at a time.”
Indian Woman in Canada found Murdered with a Dead Man
Indian Woman divorces Husband in Dubai over Surrogate Child