Sri Reddy, a Telugu actress, has staged a topless protest in public against the Telugu film industry, alleging she has been sexually exploited for roles which have not been awarded to her.

"They will ask us to send inappropriate pictures and videos"

Telugu actress, Sri Reddy, decided to protest against sexual exploitation in public by taking her top off in public and sitting down arms folded over her naked chest outside the Telugu Film Chamber of Commerce in Jubilee Hills, Hyderabad.

Reddy’s protest was to highlight ‘casting couch’ allegations for demands made on her by certain filmmakers to send them nude photos and videos of her. She says she agreed to their demands but they did not reciprocate and give her roles promised.

The protest took place on April 7, 2018, in the presence of press and media.

Onlookers were shocked to see Sri Reddy perform such a protest and definitely took notice of what she had to say, turning the issue into a major scandal for the Telugu film industry in India.

Despite acting in two films, Reddy says that her membership in the Movie Artistes Association (MAA) has been denied due to her recent sexual harassment allegations.

Sri Reddy is not just protesting about her treatment by the big named Telugu producers and directors but also that of other females actresses facing similar ‘casting couch’ demands in the Telugu film industry.

“They will ask us to send inappropriate pictures and videos. Are we girls or things to play with? But we will not get an opportunity.”

“They don’t come out because they are afraid of the proof I have. I still say the Telugu film industry is my family. I can reject them if they deny me justice.” 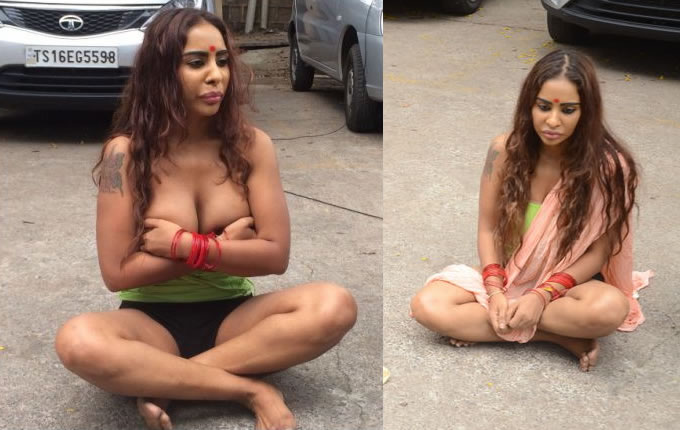 “All my parents’ shame has gone. I have taken off all my clothes. No family will be happy with this. But I have removed all my clothes and I am standing on the road in front of so many men.”

“We have to do naked video calls. We have to take photos of our breasts and private parts and send.

One her biggest gripes are that the Telugu filmmakers are undermining local talent and instead preferring to cast female leads who are ‘imported’. Saying that 75% of the roles in Telugu films should be given to actresses from Telugu states and not from outside.

When asked to explain more about this concern, Sri Reddy says:

“For the past 10, 15 years, why are women coming from outside, from North India? Even side actors don’t come (from here).

“Even mother actors are not allowed to come. All of them are brought from outside.”

“Do you only want sexual commitments? Do you not want talent? In those days, for Marocharitra, dark actors were taken as natural beauties. They could act and they wanted talent.”

Reddy strongly believes that about 90% of women in the film industry have faced the sordid demands of the ‘casting couch’.

Reddy was arrested for her protest and detained by Hyderabad police. Media were told by a police officer that she could register a complaint but a naked protest of this kind was not allowed by law. 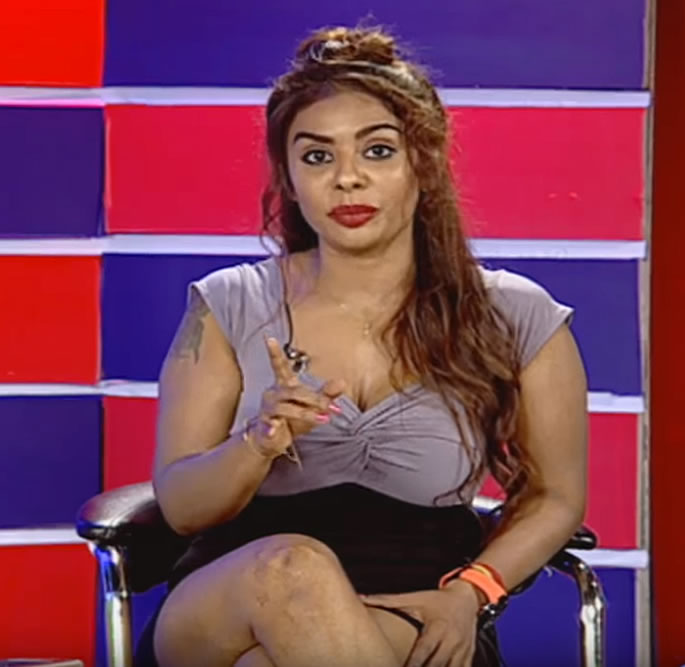 In the wake of the ‘Include Me Too‘ movement in Hollywood, the Telugu actress alluded that some of the biggest names in the Telugu film industry also have asked for sexual favours from women in return for film roles. She made a point of not mentioning their names.

This led to outrage amongst the Tollywood fraternity.

The MAA called a press conference to condemn the allegations made by the news presenter. Rakul Preet, Manchu Lakshmi and director Nandini Reddy and others attended the conference.

An FIR has been filed against Reddy for the derogatory remarks she made against the Telugu film industry.

Sri Reddy did not stop there, she then took to Facebook and named and accused Sekhar Kammula of sexually harassing her. Kammula who is a well-known Telugu film director of hit films like Fidaa and Happy Days lashed back on Twitter at Reddy, saying:

“APOLOGIZE and take back every word that was posted against me or be ready to face legal action, which will include criminal/ civil proceedings (sic).”

However, Sri Reddy said she was not afraid to fight any legal action against her because she has proof to back her claims.

Now, it remains to be seen if Sri Reddy will fight this battle further and use the proof she has to expose the Telugu filmmakers she alleges have duped her and sexually exploited her.

Nazhat is an ambitious 'Desi' woman with interests in news and lifestyle. As a writer with a determined journalistic flair, she firmly believes in the motto "an investment in knowledge pays the best interest," by Benjamin Franklin.
Salman Khan granted Bail in Poaching Case
Shalom Bollywood: The “Untold Story” of Indian Cinema