Priyanka Chopra has updated her Instagram profile picture to include her daughter Malti Marie Chopra Jonas.

Siddharth is lovingly looking at her.

Priyanka Chopra updated her Instagram profile picture to include her daughter Malti Marie and fans cannot handle their excitement.

In the new picture, a selfie, Priyanka is seen sporting a no-makeup look in a brown sleeveless top while her daughter Malti Chopra Jonas is sitting on her lap in a multi-coloured outfit.

The selfie is taken from a high angle, and this has hidden Malti’s face perfectly.

Priyanka Chopra also shared a picture of her brother Siddharth Chopra who is holding Malti in his arms on her Instagram handle.

Malti is facing her back towards the camera and Siddharth is lovingly looking at her.

A few days ago, Priyanka shared a picture of Malti that left netizens in awe.

Wrapped in a blanket and wearing a white sweater, Malti looked angelic with her face covered in a pink beanie.

The Instagram post shows her laying down while holding Malti Marie in her arms with her husband next to them.

Malti Marie looks adorable in a white-coloured onesie, while Nick Jonas looks lovingly at his wife and daughter. 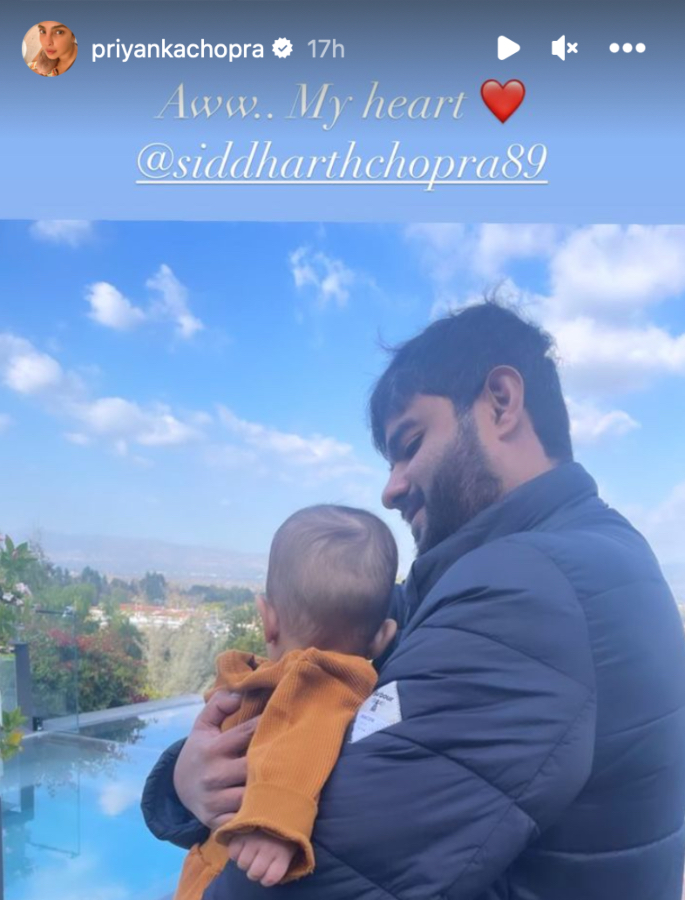 Priyanka and singer Nick Jonas got married in Jodhpur’s Umaid Bhawan Palace on December 1 and 2 in 2018.

In January 2022, the two announced that they welcomed daughter Malti Marie via surrogacy.

While Priyanka and Nick have shared their aspirations for children on multiple occasions, little is known about the couple’s stance on natural conception.

On the work front, fans will see Priyanka in international projects, including the American film Love Again alongside actors Sam Heughan and Celine Dion, It’s All Coming Back To Me, and the series Citadel.

Produced by Russo Brothers, Citadel will hit the OTT on Prime Video.

The upcoming sci-fi drama series is being directed by Patrick Morgan and stars Richard Madden alongside Priyanka.

The film, set to get into production in 2023, also features Katrina Kaif and Alia Bhatt.

Jee Le Zaraa will be her first Bollywood movie after The Sky is Pink released in 2019.

Aarthi is an International Development student and journalist. She likes to write, read books, watch movies, travel, and click pictures. Her motto is, “Be the change you wish to see in the world
Was Nora Fatehi Groped at FIFA Fan Festival in Qatar?
Karan Johar trolls Farah Khan’s fashion sense