Screening at UK Asian Film Festival 2018, Shalom Bollywood guarantees surprises about an industry we all thought we knew. It shares the “untold story” of how the Jewish community played a key role in India’s film industry.

Intriguingly, it uncovers “the untold story of Indian cinema” and how the 2,000-year-old Indian Jewish community played a crucial role in shaping the film industry.

British Asian actress, Ayesha Dharker, lends her familiar and warm voice to narrate the history of the primarily female actresses who contributed to the rich history of Indian cinema.

These stars of yesteryear include the original superstar Sulochana and other groundbreaking women like the classic vamp, Nadira.

The filmmakers do make special mention of other Indian Jewish contributions in front of and behind the camera. In fact, the narration sprinkles fascinating tidbits of information during its journey through the past. 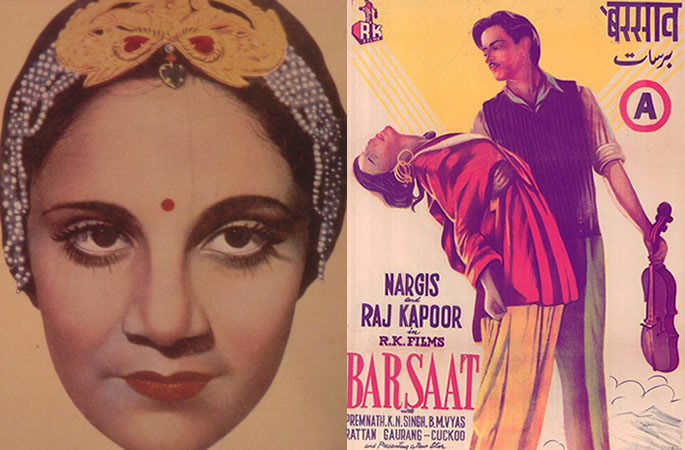 Alongside film footage and images of these stars, we see revealing and touching interviews with their descendants. This includes the actor and scriptwriter known for Jodhaa Akbar, Haidar Ali, as the son of Pramila and actor Kumar. It also features former model and film director-editor, Rachel Reuben.

The strength of this documentary comes from contrasting its linear journey through history with their complex and shifting identities. To their families, these stars were simply “mum” or “uncle” and this brings emotion and personality to a potentially ordinary history film.

In fact, this remembrance of the celebrities as people is especially crucial when their stories have perhaps been forgotten. Ben-Moshe revealed that the lack of archives led to his search for the families of these actresses.

The subsequent interviews consequently add more colour to the limited footage of actresses like Sulochana in her silent film years. Plus, as both Ali and Reuben work in the industry today, there’s a pleasing continuity for the Indian-Jewish community.

Aside from personal significance, it’s fascinating to gain a rare insight into the workings of the Indian film industry. When focusing on these five, we discover their often humble origins and the cost of a life in the limelight. Shalom Bollywood highlights how the trailblazing actresses came to struggle personally and professionally.

They navigated challenges like the emergence of talkies, meaning that many had to learn Hindi for the new long dialogues.

For those unaware of the industry’s history, the film sufficiently explains how men played female roles owing to the taboo of acting for Hindu and Muslim women. But the eventual acceptance of acting across these communities led to rising competition. Then like many women over the world, they faced the balancing act of a career with a family.

Shalom Bollywood even emphasises how the charisma of Uncle David, or David Abraham Cheulkar, overcame his shorter stature and baldness. Like his female counterparts, he was revolutionary in defying typical expectations for Bollywood men. 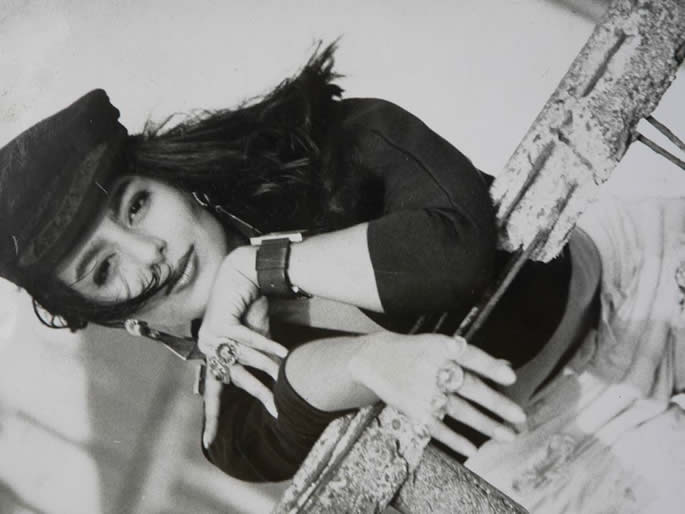 Nevertheless, it includes some more simplistic statements such as dubbing Indian Jewish families as more “progressive”. In doing so, it then feels like more of an introduction to this forgotten history. This leaves the audience with questions in comparison to its examination of gender roles.

It’s curious why exactly so many of the Baghdadi Jewish community was prevalent in the film industry? Their presence is notably more than other Indian Jews, yet the film fails to consider this.

Still, clever editing keeps a high-energy feel to the documentary. This keeps audiences entertained and may divert attention from its lack of answers.

In fact, Shalom Bollywood maintains a light-hearted tone throughout. A charming animation of dancing girls marks the various acts and the film uses equally amusing animations to bring photos of the stars to life.

Shalom Bollywood praises the melting pot nature of India letting Jews coexist peacefully alongside their Hindu and especially Muslim neighbours. This lack of antisemitism is laudable yet the documentary quickly rushes over the preference for Jewish women in silent films.

A brief mention is made to their lighter skin, but a more thorough interrogation of race would be thought-provoking.

After all, when Indian Jews contributed so much to Indian cinema, why were there were so few Jewish characters?

Furthermore, actresses like Nadira often portrayed the overly Westernised vamp. She may have won accolades for her work, but there is something disquieting in associating a Jewish actress, even if her heritage was unknown, with the other.

Then, faith symbols follow the subtitles giving the names of interviewees, like the Star of David. This sometimes feels at odds with how the main five stars clearly highlight the complexity of identity. The use of such religious identification rather in the interviewee’s own words may lead to certain assumptions.

In comparison, Haidar Ali emphasises how he grew up in a multi-faith household and the film openly explores the theme of interfaith relations. The documentary also gives the sense that Indian cinema kept religious differences aside for the shared goal of making films.

But again, interviews with family members like Haider Ali or the daughter of Miss Rose, Cynthia, are essential. They make up for the main cast’s inability to discuss issues like these as well as adding the aforementioned key emotional undercurrent.

With such fame and fortune, the ‘real life’ of these stars can often take a backseat to their exploits or daring ventures in a film. It’s easy to marvel at how Sulochana reportedly had the first Rolls Royce in India or Miss Rose’s grand parties.

Instead, it’s up to their descendants to recall happy family memories and personal tragedies and they do so admirably. Because of this, the families partly become the stars of this unusual documentary.

While the audience may sit and admire these celebrities, we see how much their loved ones miss them in a very ordinary but relatable way.

Ultimately at the heart of “the untold story of Indian cinema”, is a very normal and heartwarming one.

An English and French graduate, Daljinder likes travelling, wandering around museums with headphones and getting over-invested in a TV show. She loves Rupi Kaur’s poem: “If you were born with the weakness to fall you were born with the strength to rise."
Sri Reddy protests Topless against Tollywood ‘Casting Couch’
Sri Reddy says Top Telugu Producer’s Son “used to force sex”