Will the Death Penalty for Child Rapists work in India?

Buckling under pressure, the Modi-led government in India has called for the death penalty to be awarded to child rapists. DESIblitz debates whether this is the solution India has been waiting for or if the government has acted in haste.

There has been an 82% rise in cases of rapes of children in India, with a flurry of cases being reported

Modi called for an emergency cabinet meeting upon his return to India from diplomatic meetings. President Ram Nath Kovind signed the ordinance, thereby bringing it into immediate effect.

The move comes after the Prime Minister was heavily criticised for inaction following reports of the brutal cases of rape emerging for Kathua and Unnao.

Modi’s five-day foreign tour, which included a visit to the UK came at the heels of horrifying cases of child abuse from across the country.

Considering the fact that there has been an 82% spike in child rape cases, many have welcomed the ordinance.

The order, however, poses more questions than answers. The biggest one being, will this be deterrent enough to nip the rape epidemic in the bud?

License to Hang: Understanding the Ordinance

The National Crime Records Bureau’s report for 2016 highlights how deeply the roots of child abuse go.

According to the report, 106,958 cases of crimes against children were recorded in 2016. Of these, 36,022 cases were recorded under POCSO (Protection of Children from Sexual Offences) Act.

The POCSO will see changes thanks to the new amendments.

Spearheaded by Maneka Gandhi, Union Minister for Women and Child Development, the order introduces death sentences for rapists of girls under the age of 12.

The ordinance also declares the minimum punishment in case of rape of a woman will increase from 7 to 10 years.

If a girl below the age of 16 is raped, minimum punishment has been increased from 10 to 20 years.

Both these sentences are extendable to life imprisonment.

The ordinance also aims at faster justice for victims and calls for fast-track courts to be set up in consultation with States/UTs and High Courts.

Investigation of all cases of rape has to be mandatorily completed within two months. Anticipatory bail will not be provided to anyone accused of rape or gangrape.

Police stations and hospitals will also have access to special forensic kits for rape cases in the long term.

‘One stop Centres’ for assistance to victims will also be made available in all districts of the country. 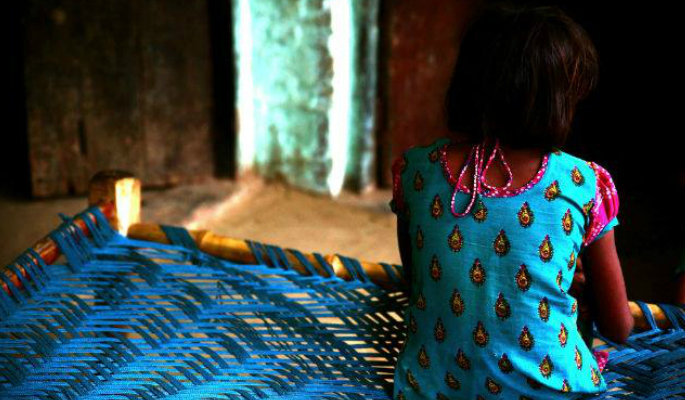 The NCRB will also maintain a database of sexual offenders to document offenders and aid tracking and monitoring by the police.

These proposed amendments complement the existing provisions of the POCSO Act.

The Centre already introduced death for rapists in cases where a woman either dies or is left in a vegetative state.

Both Houses of Parliament will now have to pass the ordinance within six weeks.

The opposition and general public heavily criticised the PM for his silence on the recent reports of rape.

He issued a statement five days after protests about government silence grow louder.

Meanwhile, Modi was one of the loudest advocates for faster action during the Nirbhaya case in 2o12.

It is important to remember that when the Nirbhaya case put the Congress regime in a tight spot back in 2014, Modi’s was one of the loudest voices:

“How could we be insensitive to a crime like rape? What if it was your own daughter?” he asked.

Under the Modi government, however, the country has come no further. This is important now because both Kathua and Unnao had one thing in common – the Bharatiya Janata Party.

In Kathua, two BJP ministers, Lal Singh and Chander Prakash Ganga, participated in a protest demanding the release of the accused.

In Unnao, the prime accused in the rape of a 17-year-old is BJP MLA Kuldeep Singh Senger. The CBI has now said that the accused have denied his involvement.

The law and how it chooses to deal with these men is a secondary concern. CPM politburo member Brinda Karat underlines the bigger question:

“In principle, CPM is against death penalty. The death penalty is already there in rarest of rare cases. The actual issue is that some members of government are supporting rapists. There should be a penalty against ‘rapist rakhsaks’.

“To divert the issue the government is trying to bring this in. I am afraid as this has very little credibility. We want the certainty of punishment. This issue is not addressing the issue which is agitating the minds of Indians.”

In principle, CPM is against death penalty. The death penalty is already there in rarest of rare cases. The actual issue is that some members of govt are supporting rapists. There should be a penalty against 'rapist rakhsaks': Brinda Karat, CPM on the ordinance to amend POCSO Act pic.twitter.com/ZPV9oY6Opq

The exclusivity of this ordinance is also under fire.

Many, including Nirbhaya’s mother Asha Devi, have asked why this shouldn’t apply to any and every victim, rather than just focussing solely on children.

The most glaring omissions from this ordinance though are boys and men. This ordinance specifically talks about girl children and women.

Sexual abuse is not gender specific, then why not talk to all kids about this? #LetsTalk pic.twitter.com/bzidWTX06Q

As recently as March 2018, an apartment guard tried to sexually abuse an 11-year-old boy in Kochi. The boy reported this to his family and it resulted in the dismissal of the guard.

The case never made it to the police though, like several others across the length and breadth of the country.

Victim-blaming, loss of reputation of parents and social ridicule stop male victims of sexual abuse and their families from opening up.

An underreported crime is not a non-existent crime, though. This is something the Parliament must keep in mind when drafting the final version of the law.

Omitting male children from this law is a huge loophole that could prove to be a huge human rights mistake.

Will the Threat of Death stop Child Rapists?

The process of punishment comes into consideration only when a crime is reported.

In a country like India, where offenders are often close friends or relatives, that is a tricky situation to manoeuvre.

Now that citizens know the punishments, the possibility that this may affect the actual reporting of these crimes has also grown.

Concerns about the effectiveness of the death penalty are not too different from those the country had during the Nirbhaya case.

The lingering worry remains that this punishment may push rapists to ensure the victim doesn’t survive to testify.

A Hindustan Times report cites an example of a case of gang rape in Bengal, immediately after the Nirbhaya case.

This case saw close to 30 people accused of the crime.

This lowered an already low conviction rate considering the fact that it’s unlikely for any court to sentence so many people to death.

When seen in this light, this ordinance’s support of capital punishment only compounds the problem. The human rights considerations are another story entirely.

It underlines the steps to take when a crime is committed, failing to provide any concrete steps to prevent the crime entirely.

While the death penalty is tempting revenge, what the legal system needs is processes that aid reporting of crimes and speedy trials.

Keeping in mind that the country’s judicial process is as slow as it is, the government should focus on conviction rather than the punishment of rapists.

What are the Alternatives? 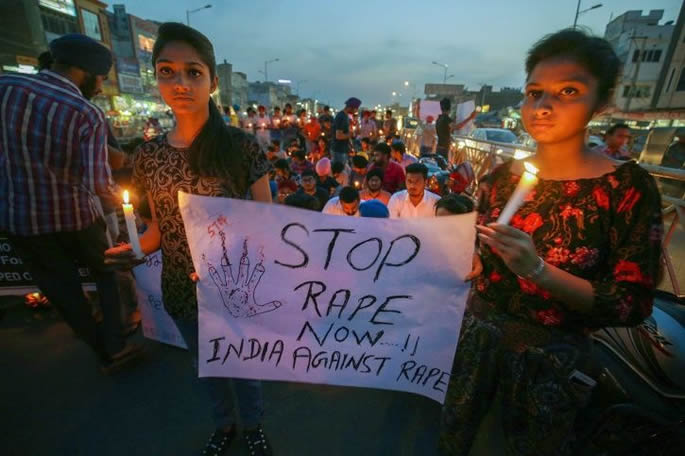 While the Indian government seems to be on a mission to quell public anger and please public sentiment, the real problem is something else entirely.

With the 2019 General Elections fast approaching, one might understand Modi’s desperation to clean up the government’s image.

While speedy justice is imperative, it is important to ensure that it is done right.

Remember the Aarushi Talwar case? With something as irreversible as the death sentence, the Indian judicial system cannot afford such mistakes.

The fear of hasty judgements and sentencing the wrong people always looms large when capital punishment is concerned.

Considering the last few cases, including one that took place in Tamil Nadu, power and political clout trumps all.

How does the decision to cheer for the death penalty address that?

The safety of women in India cannot afford politicisation at this stage. The Indian government must focus on the implementation of already existing provisions at this point.

Fast track courts, speedy trials are all age-old promises that are yet to see the light of day in their intended form.

A quick revision of the Justice Verma Committee’s suggestions will not hurt the country at this stage.

The issue at hand is not what happens after conviction. It is about getting wrongdoers and the right ones convicted in the first place.

Those complicit in these crimes should be subjected to scrutiny and punishment. Rather than obsessing over the icing on the cake, the government’s time is better spent learning how to bake.

The impetus ought to be on assisting the reporting of crimes and ease the process for victims further.

For the victim, nothing but justice matters. The judiciary and the government, however, cannot afford this myopic stance.